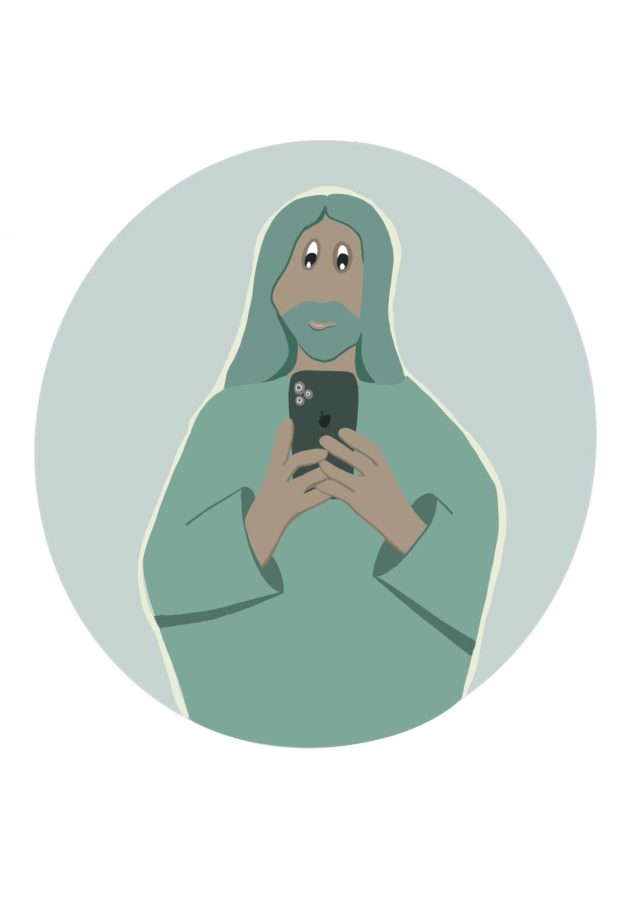 Surrendering our phones to Jesus

For Lent this year, many students took part in a digital fast organized by the Incarnatio Center.

The effort was also led by Dr. Felicia Song, whose book “Restless Devices: Rediscovering Personhood, Presence and Place in the Digital Age” discusses how our use of technology shapes our interests and understanding of ourselves. Song shared how, after her studies, she became “much more aware and intentional about when I choose to be on my devices, especially when there are other people in proximity.” She also felt more “self-reflective about why I want to turn to my screen.”

Angela Tran, a second-year who participated in the fast, specifically fasted from Instagram while trying to lessen her overall phone use. Like Song, Tran developed an increased awareness of her digital habits. She explained, “I just realized that I was spending so much of my idle time just scrolling, and … that I could have used it better.”

Reflecting on what a chapel speaker had to say on Ash Wednesday, Tran said, “She talked about using the Lenten fasting time as remembering our baptism. I realized [fasting from social media] could be a way, because when I feel that impulse to engage in social media, instead I could stop and remember that I can be using that time to more fully engage in a relationship with God.”

Joy Sturges, another second-year student, had similar reasons for engaging in the digital fast: in the free time she gained while fasting from digital media, she found herself “turning to God and using that time for prayer, or just talking to him like he’s a friend, or engaging in worship.” Rather than asking about what others are doing in their lives and constantly comparing, Sturges said suggested could ask, “What are you [God] doing? How are you working in this time?”

Tran and Sturges agreed that the digital fast had an overall positive impact on students. Sturges, who serves as a Spiritual Formation Coordinator (SFC) in Armington Hall, observed, “This idea of God’s unconditional love keeps popping up in conversation — ow he fills voids inside of us that we maybe didn’t even know we had.” She added, “I’ve honestly noticed a decrease in stress in some people. [Not] constantly going to this device and wondering: Who’s doing what? Who’s hanging out with whom? Should I be posting something?”

Tran agreed, “‘Well, sure, I might feel awkward for the moment [when I’m not on my phone], but the only person who’s judging me is me. No one is going to see me and be like, ‘Oh she’s standing and not on her phone, that’s weird.’” Tran said the fast has been a great opportunity to “thank God for what I’m seeing [and] feeling right now, and … to make that space to talk to him.”

Tran and Sturges made similar comments about the personal importance and meaning of fasting. Tran said, “I think part of fasting is not only taking something away, but also forming a habit or desire that is more fulfilling.”

Tran and Sturges also described how the fast has helped build community. Sturges said, “I love the idea of everybody together, taking this step … I think that’s a really exciting invitation. I was … hoping that, by taking part in it, other people would be encouraged to take part in it and we could walk together and feel encouraged together.”

Despite the community of students participating in the digital fast, some students might not have participated because of confusion surrounding what the digital fast entails. For example, second-year student Katie Sherwood said the following: “I know what a digital fast is, I just don’t know anyone doing it on campus. I’m not sure how a digital fast looks; is that just turning my phone off completely, deleting all social media? [Does] it only [apply] to your phone or also to your computer?”

Song and Sturges identified some other difficulties that might come with the digital fast. Sturges focused on the challenge of social pressure: “It might be kind of scary to think about giving up media for 47 days. I think some people can tie a lot of their worth into these platforms, and the idea of giving it up would probably be really challenging.”

Meanwhile, Song expressed concern that the spiritual dimension of the practice might be lost, explaining, “a lot of people might hope that digital fasting is either a ‘break’ from technology, such as a digital detox, or a step towards reducing their dependence on social media or devices. I think it can actually become problematic [when] we view digital fasting as a technique of self-improvement or something like a New Year’s resolution.”

Despite some problems that might arise, Sturges concluded that “I really feel like [the fast] will be used and is being used for those who God felt like needed most at this time to take a break and take a step, and He’s intentionally working in those people’s lives — who really needed this break. I know He has His divine hand on this.”

Song encouraged students engaging in the fast with this: “Even small shifts and adjustments — like changing where we charge our phones at night, re-finding that non-digital activity we enjoy and turning to it (instead of our screens) when we are tired or bored, or simply getting an alarm clock that’s not our phone(!) — can make a surprisingly significant impact on altering the texture of our days and begin helping us to re-imagine how freeing life can be when we aren’t so tethered to our devices.”