The Horizon may be changing for the worse

Administration to decide on implementing a Horizon paywall 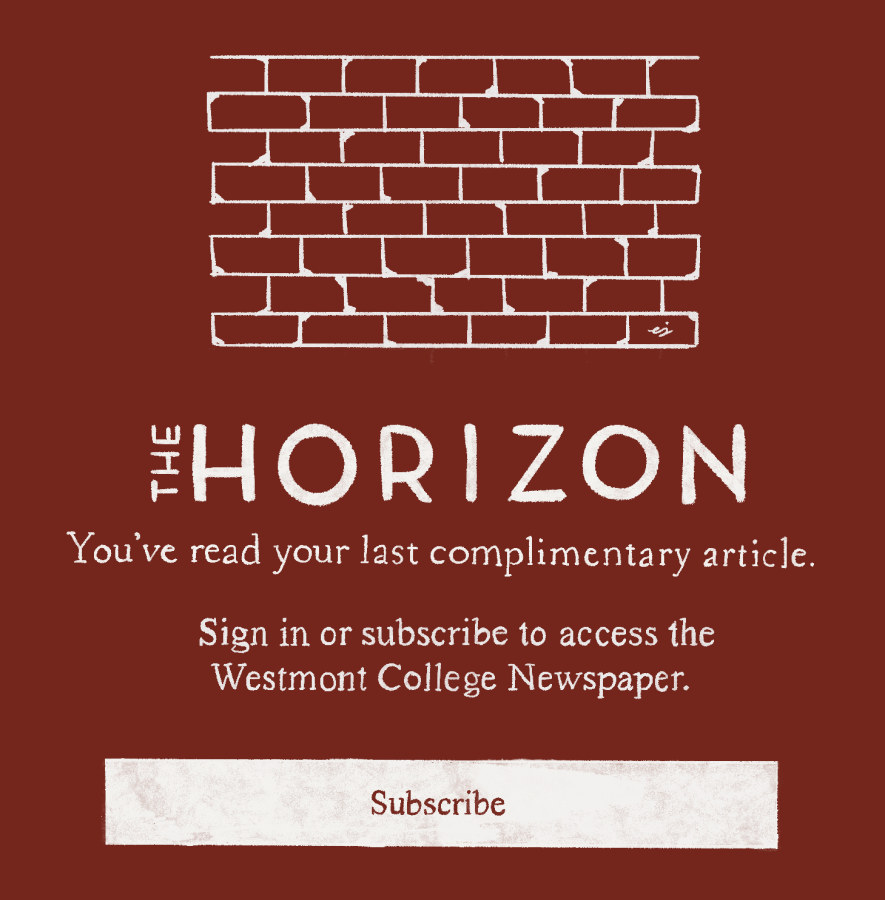 The following article is an editorial officially representing the Editor-in-Chief and the Horizon. This editorial does not reflect the perspectives of the college or the student body.

The executive team will soon decide whether to add a paywall to the Horizon, limiting free access to this long-standing publication. While I applaud the careful consideration of the administration, it is the official position of myself and the Horizon staff that this measure would obstruct the Horizon from its goal of cultivating transparency between the institution and those either directly or indirectly involved with the institution.

Before explaining our position and thoughts regarding this issue, let’s take a look at some specifics of this proposed paywall.

While no logistics about the paywall have been solidified, it is likely that a paywall would only be applied to readers who are not immediately involved in this institution. Those with a Westmont email address — including students, faculty, staff and alumni — would most likely retain their free access to the Horizon. Meanwhile, those who are less directly involved — including student families and donors — would be required to pay a fee to access some or all of the Horizon’s content.

As representatives of an evangelical institution, Westmont’s administration understandably desires to cultivate a certain image for the college. As part of its mission, the Horizon tries to accurately reflect Westmont’s practices and identity, whether good or bad. The Westmont that the Horizon reflects may push back against the image the administration desires to cultivate.

More specifically, allowing the Horizon to report freely, reflecting both the good and bad of Westmont, could have and has previously had a negative financial impact on the college. There have been instances wherein a donor has rescinded monetary gifts because they disapproved of an aspect of the college that the Horizon covered in an article.

However, this line of reasoning carries a few critical flaws. The Horizon must be given free rein to hold our community accountable to itself and to others. The Communications Board Constitution states that “The Horizon shall be free to exercise its potential to function as a conscience of the Westmont Community, and in that capacity to serve as a watchdog on student government and college governance.” If the college acts poorly, then it is the college’s responsibility to learn and improve as they move forward. Otherwise, the consequences of losing monetary gifts is warranted.

Practically, instituting a paywall would not alleviate fears of losing donations. College donors are, by nature, interested in our institution’s character. If they are willing to donate money to the college, they would likely be more than willing to pay a few extra dollars to access a publication dedicated to being a “conscience” of the community.

A document written by the Communications Board regarding this paywall outlines another reason for this upcoming decision: to protect the college from bad actors who would use the Horizon’s content to defame the college. However, as stated previously, a paywall hardly seems like an effective measure for keeping people from accessing the Horizon if they are dedicated to defaming the school.

There are other reasons why the administration would pursue this course of action. According to Dr. Edee Schulze, the Vice President for Student Life, this paywall would “provide legal protection for the college and ensure our ability to accomplish the mission.”

Dr. Schulze detailed these legal concerns, stating, “There are other liabilities, such as legal exposure related to employment law, student conduct law, FERPA law, Title IX and a myriad of others. When any party related to the college writes something, there is legal responsibility.”

Putting a paywall around the Horizon hardly seems like an effective legal measure, were the Horizon ever to publish something that puts the college in hot water. Whether a paywall exists or not, Horizon content would still be publicly available — albeit more difficult to access — not to mention admissible in court.

Furthermore, opinions expressed in the Horizon are clearly stated as not promoting the official perspectives of the college as a whole. While I am not a lawyer, I fail to see how a simple paywall would act as a barrier for legal matters.

A better solution for any legal or financial concerns would include education for those involved in the composition of the work being published, both the writers and editors of the Horizon. Perhaps writers and editors could participate in a workshop with Jason Tavarez, director of institutional resilience, at the beginning of each semester in order to learn more about legal and ethical journalism standards.

Dr. Schulze also noted that this paywall would “provide protection for students as they are exploring and learning to speak on publication platforms.” The Communications Board also identified this protection as a reason for this potential paywall, believing that precluding access to the Horizon may protect students as they continue to develop opinions and perspectives that may preclude them from accessing certain jobs.

How would a paywall truly protect a student? Every student on campus has access to social media platforms that reach audiences far greater than that of the Horizon. The important difference is that the Horizon actively trains students to cultivate their communication skills, protecting them from saying or writing anything they may later regret.

Contrary to what Dr. Schulze implies, the Horizon acts as a crucial tool for students entering the workforce. Employers like to see work experience potential employees have had. Imagine if your potential employer tried to find work you are proud of, only to be stopped by a paywall.

The administration may also justify this paywall by citing other colleges who have taken a similar course of action. Regarding some of the specific implementations of a paywall, Dr. Schulze mentioned that “we are talking with other institutions about how they have done this.”

According to the aforementioned document written by the Communications Board regarding this paywall, only one other academic institution has been found to have implemented a paywall: Wheaton College, Illinois. Following Wheaton’s example, it’s possible that this paywall may only be a partial one. Perhaps the administration will continue to allow free access to sections like News and Features as Wheaton does. However, these sections tend to be more provocative. If the administration follows Wheaton’s lead and leaves these sections open, they would circumvent some of their own reasons for the paywall — to manage access of more provocative material.

Perhaps a different kind of partial paywall will be implemented. Perhaps the more provocative sections — News, Features and OpEd — will be put behind a paywall. This course of action would disregard the purpose of the Horizon. It is most crucial that this more challenging material be distributed freely. For the sake of the college’s transparency, all sections — especially the more challenging ones — should be kept readily available.

Furthermore, this one example, Wheaton, raises serious questions about the practicality of a paywall. The Communications Board document states that “Wheaton’s technological solution feels pretty inelegant — navigation is not consistent and you never quite know when you’re going to hit the paywall.”

Not only would a paywall likely be inelegant and poorly integrated, but that poor integration would surround the Horizon — and therefore Westmont — with an air of unprofessionalism.

According to Dr. Schulze, the administration is currently inquiring about the paywall systems of other colleges, namely Taylor University, George Fox University, Messiah University, Biola University, Azusa Pacific University and John Brown University. While these institutions may have other methods for controlling the publication of articles — such as a review process prior to publication — it does not look as though a paywall is one of these methods.

Some might say that we need a paywall simply to make more money. We’ve charged money in the past, when we had a physical print publication; why not do the same now? It is true that charging for access to the Horizon would likely help cover some expenses of running the paper. However, based on the Communications Board document and Dr. Schulze’s comments, covering expenses is not the primary motivator for this change.

Furthermore, making money has never been a motive behind the Horizon and it would never be a viable money-making operation, considering the size of this institution.

The Horizon acts as a voice for students, helping to reflect the larger Westmont community. We may not always reflect the community perfectly, but a paywall is not the way to solve these problems. Instead, let’s educate our writers and editors to be more professional, and dedicate our resources towards workshops on professional journalistic practices.

In the past few years, the relationship between the students and the administration has been strained. We’ve encountered issues of social justice and the shifting landscape of liberal arts institutions in the face of world-changing events. The administration and students have not always approached these problems on the same level; however, the Horizon alleviates some of the tension between members of the administration and the larger Westmont community by cultivating transparency between the groups.

This decision may further strain the relationship between the administration and other interested parties. Historically, decisions regarding the Horizon have been made by the Communications Board. While there have been instances wherein the administration alone has made decisions regarding Horizon policies, they are rare. These unprecedented assertions of power represent an increasing consolidation of institutional power towards one place — the administration. The Horizon can effectively foster transparency for the college only if it remains independent.

If you have any questions, thoughts or opinions about the paywall, leave a comment or send a letter to webrown@westmont.edu. If you would like your thoughts or comments published in our letters to the editor section, let us know.