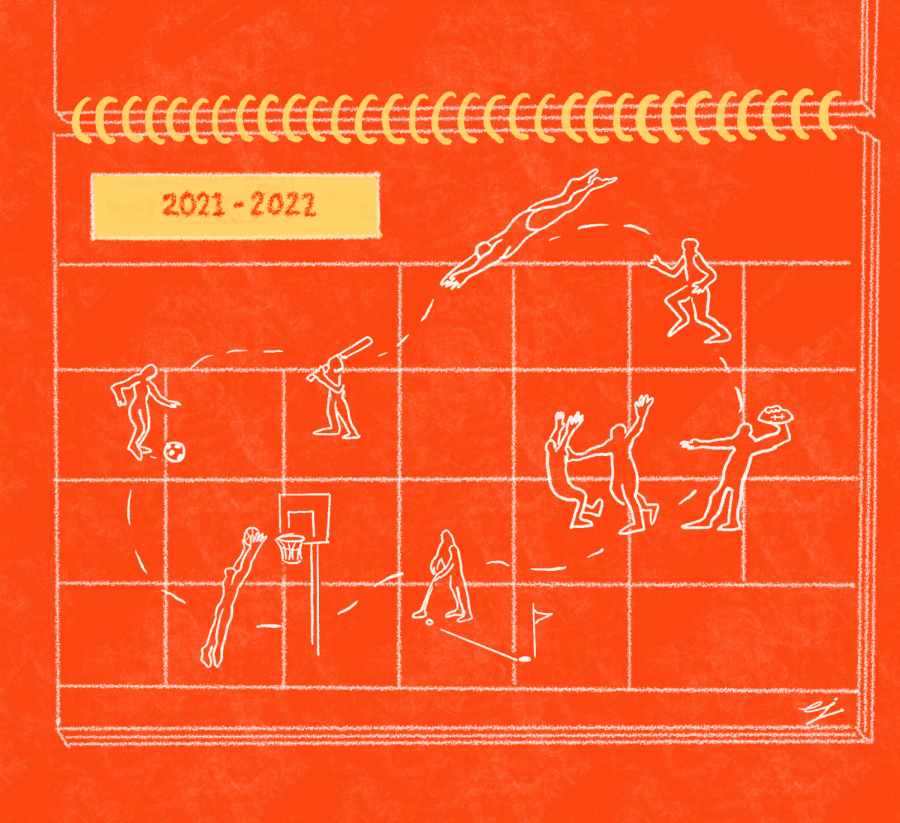 As the school year comes to a close, so do the many seasons of sports teams here at Westmont. Returning from 2020 — a wild year filled with shutdowns, many COVID-19 tests and very few games — the community and vast fanbase at Westmont were excited to see what our athletes had in store this year. As an avid watcher myself, I can confidently confirm that we were not disappointed.

Starting off the school year, our men’s and women’s soccer teams took center stage as they battled it out in the Golden State Athletic Conference (GSAC) against some of the best competition Westmont has seen. Both had great seasons and the women went far, winning the GSAC title in a crazy penalty kick shootout. Although the women lost in the quarterfinals of the National Association of Intercollegiate Athletics (NAIA) tournament, their success has paved a path for the next season. The men are working hard to be a top contender next year, especially as it will be Coach Dave Wolf’s final season here at Westmont.

In the winter, all eyes were on the women’s basketball team as they came off winning the NAIA National Championship in the 2020-2021 season. They fought hard against teams who wanted to avenge last year’s defeat, some matchups proving more difficult than others. The women ended their season in the round of 16 of the NAIA Championship tournament. Although not as far as the year previous, the women Warriors proved yet again that we are not a school to be messed with.

Our swim team ended their season making school history. One of the biggest accomplishments that proved a consistent occurrence was the number of record times broken. Each meet showed a new best time, proving how determined the women were to compete. Additionally, at the end of the season, with six athletes competing at the national level, all six were named NAIA All-Americans — an honor that stood out to many.

Currently, we are in the throws of the baseball season and plan to be for a while. This season has shown some of Westmont’s best performances so far, as Westmont currently sits ranked #6 in the nation. Leading the team is a group of athletes who have earned the well-deserved title of GSAC Player of the Week: first-year pitcher Bryan Peck, second-year pitcher Bradley Heacock, third-year second baseman Brady Renck, third-year outfielder Justin Rodriguez, and third-year catcher Simon Reid. These men are showing Westmont’s power to the nation, and we hope to see this continue as playoffs are fast approaching.

As mentioned at the beginning of the semester, we wanted to emphasize the senior athletes at the Horizon. With so many great stories about the senior class, we are sad to see so many of them leave campus. We know that the legacy they have left will perpetuate through Westmont’s future and we will learn from what their experience has shown.

As a community, we are so proud to see our athletes represent Westmont so well. Next year, we have so many new athletes joining our teams from around the country, and we can not wait to see what they will add to the teams.

As the 2021-2022 athletic seasons come to a close, I want to thank you for staying up to date on all-things sports here at the Horizon. I hope you join us next year as we continue to bring you stories about all of the talented athletes at Westmont.