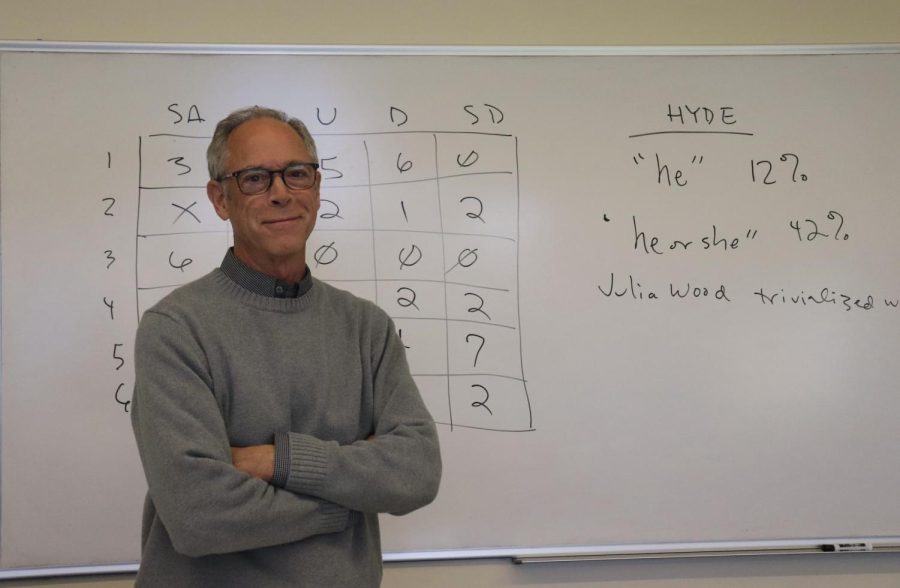 Communications professor Dr. Greg Spencer will retire this May after 35 years at Westmont. Through the relationships he’s formed with coworkers and students, Spencer has both taught and learned many valuable lessons.

When asked about leaving Westmont, Spencer identified age as his primary reason: “I’m 69. My wife is retired, and we’d like to do more things together and spend more time together and have a less stressful life. Westmont is a very full workload … but I love the job … I’m going to miss [it] a lot.”

On what he’s going to miss the most about Westmont, Spencer said, “The thing that is going to be the hardest to replicate is the magic of the classroom. It takes time and work to develop a classroom culture.” In particular, Spencer highlighted “the energy and transformation of the classroom,” saying, “to think that what you’re doing is contributing to new perspectives and changed lives in some sense is very rewarding and a pretty great purpose in life.”

In addition, Spencer noted that “being in a college is a very stimulating place to be, always exposed to new ideas.”

Spencer described the relationships he built with students both in and beyond the classroom over the past 35 years. As he opened a drawer containing a number of letters from former students, Spencer explained, “The most consistent memory is the relationships that I built with students and how those are ongoing after they graduate.” He added, “You get involved in your student’s lives, not just their education. I’ve been to lots of weddings, done wedding homilies, officiated, dedicated babies … [and] done life with students.”

Many of the skills Spencer teaches his students apply not just to future careers in the field of communications, but also to other aspects of life. One of the lessons he hopes his students will carry with them beyond college is the reminder that “they have the power to make a difference in their immediate and larger communities, gathering people around a table to have meaningful conversations.”

Delaney Anderson, a third-year communications major, cites one meaningful interaction she had recently with Dr. Spencer: “Today was the last day that Dr. Spencer opened his class with ‘Contributions? Questions? Jokes? Toasts? EVIDENCE … that you are alive?’”

Anderson reflected, “[Spencer] is a prime example of stirring up his students in a way that inspires them to explore.” She added, “As the epitome of a thoughtful rhetorician, Spence creates an environment that is both welcoming and challenging, safe and engaging, inspirational and illuminating.”

Spencer also highlighted his time with other professors. As a communications professor, he said, “I’ve done a lot of writing, and that usually gets me more connected to faculty, talking about what I’m working on … that might take me to writing groups with other faculty, sharing writing, manuscripts, poems and learning from different faculty about other disciplines, and also informed my writing and helped me with that craft.”

Philosophy professor Dr. Jim Taylor described Dr. Spencer as “an outstanding communicator” who, “as a teacher of rhetoric[,] is ever-sensitive to the needs and sensibilities of his audiences.” Taylor added, “[Spencer] places a high priority on getting to know his students outside the classroom.” Reflecting on “the testimony of his grateful former students, of which there are many,” Taylor said, “Over the years, the Communication Studies major became one of the most popular in the college, and Greg became — and continues to be — one of the most beloved professors here.”

When asked about the legacy he hopes to leave behind, Spencer answered, “My legacy is mainly in my students: what they retain, how their lives were changed, what patterns began here and were maintained.”

Spencer cited many lessons he hopes his students will remember, beginning with Christian values: “I hope they remember the art of loving appropriately through speech, the importance of being hospitable and other-centered, how Jesus is merciful and present. I hope they have the courage to enter and critique culture, to be in the world and not of it.”

Spencer concluded, “Most of all, I hope my legacy is that we would all keep aspiring toward the truth set before us, living in the wonder and joy of it, empathizing with those in tragic circumstances and, as Walker Percy said, ‘rendering the unspeakable speakable.’ It is part of our calling!”