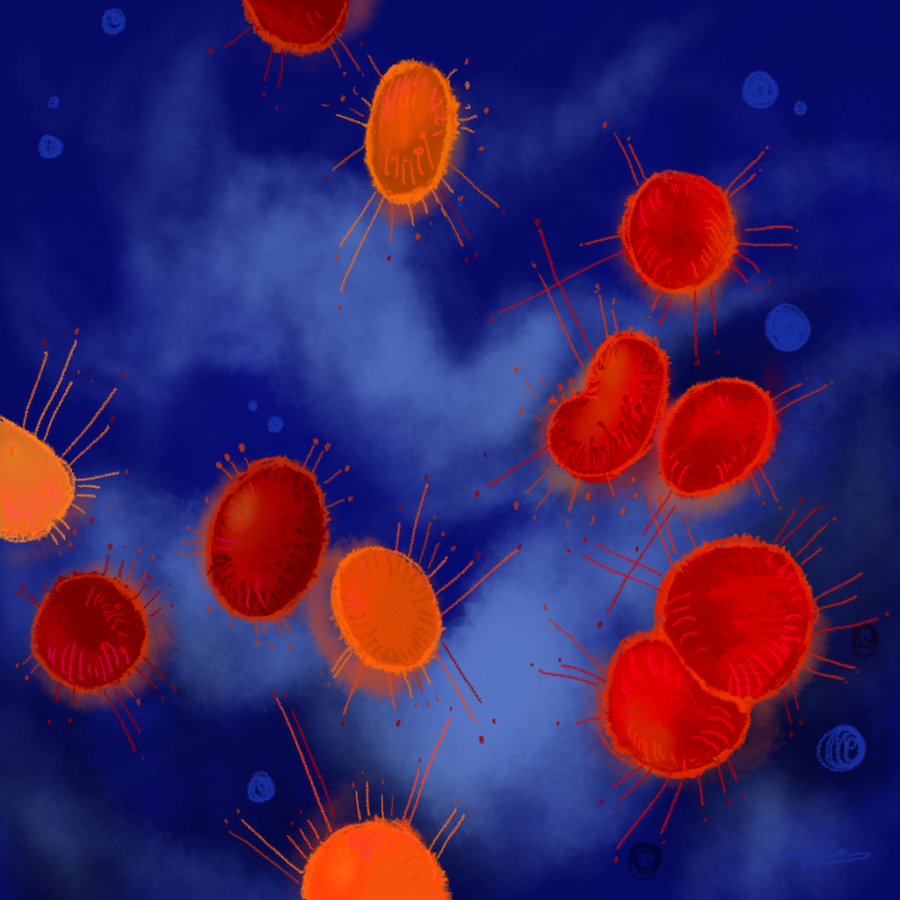 Illustration of the monkeypox virus

This summer, as the threats of the COVID-19 pandemic seemed to wane, the nation was once again rocked by a public health emergency: monkeypox. Governor Gavin Newsom declared a State of Emergency on Aug. 1 as the case toll continued to rise in California. Though both the risk and rate of monkeypox transmission is relatively low compared to COVID-19 (24,203 cases compared to COVID-19’s over 95 million in the U.S.), the outbreak of the disease poses familiar concerns for Westmont students living in communal housing.

Wesmont’s Director of Institutional Resilience, Jason Tavarez, said that he has been closely monitoring monkeypox trends with help of the Health Center, but that as of right now Westmont is minimally concerned about the outbreak, citing both the low prevalence of the disease in Santa Barbara County and the college’s continued surveillance of COVID-19 symptoms. “We are already on high-alert for anyone who is not feeling well. So, right off the bat one of the first things that we’re telling students is if you are not feeling well … get away from others.”

Tavarez also stated that because many of the monkeypox symptoms are similar to those of COVID-19 (fever, chills, muscle or body aches, headache and fatigue), he is fairly confident in Westmont’s ability to detect and isolate these illnesses in students and thus, that the monkeypox risk to the Westmont community remains low.

Another factor in Westmont College’s response to said outbreak are the circumstances under which transmission has been most common. Although the virus can be transmitted to anyone, the most at-risk community is sexually active gay and bisexual men.  Furthermore, the disease is most likely to be transmitted through prolonged contact such as sexual activity, however, prolonged contact also includes cuddling, kissing and the use of shared belongings. Regardless, Tavarez reiterated that “the risk is actually relatively low unless you are actively around somebody that has active symptoms and you have relatively intimate contact.”

Recently, the University of California Santa Barbara (UCSB) sent out a student-wide email about the growing number of monkeypox cases explaining that while “infection remains relatively rare,” the community must remain knowledgeable about the situation and avoid falling into the trap of stigmatization that can lead to “delayed diagnoses, delayed medical care, and increased rates of transmission.” Westmont has yet to issue a similar communication regarding the risk of the disease.

Tavarez cited the difficulty of communicating the risks of monkeypox to the Westmont community while simultaneously treating the topic with the unique sensitivity that Westmont’s Community Life Statement requires. “We have a very particular Community Life Statement, and even though gay men seem to be the most at-risk population, it’s really intimate contact between anyone that is experiencing active infection. We typically don’t condone that kind of behavior, regardless if its hetero-normative or not, between our community members if they’re not married.”

Tavarez added that communicating the reality of the monkeypox virus without sensitivity to the Westmont community may lead to many alumni, parents and donors interpreting the information as Westmont “accepting things that we may not be.” Regardless of this difficulty, Tavarez stated that Dr. Hughes, one of Westmont’s doctors in the Health Center, and himself are currently working on a student-wide form of communication regarding the disease.