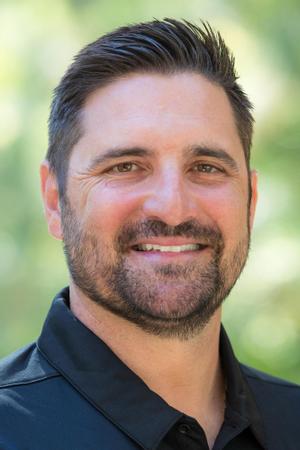 After a successful past season, the Westmont Baseball team is welcoming a new head coach to their lineup: Tyler LaTorre.

LaTorre is no stranger to either Westmont or baseball. When asked why he chose Westmont, he said, “I have been to recruiting events and I was interested because of Coach Ruiz and Coach Ontiveros and what they’ve built it [into]. It is a strong program and community,” he proceeded, “I want to continue the legacy of players and coaches.”

For years, LaTorre’s life has revolved around baseball. Starting as a catcher throughout his college career at the University of California, Davis, he later transitioned into professional baseball and further down the road began to coach. LaTorre recalled that “every moment I was playing, I was molding and shaping into a coach.”

A major part of baseball are the connections formed between the players and their coaches.  LaTorre’s choice to become a coach was inspired in part by his desire to form these relationships with players and impact them to become better athletes.

For LaTorre, the most significant part of coaching is to see the impact and success that comes as a result of learning from failure and individual growth amongst athletes. “Some are going to grow more naturally than others,” LaTorres stated, “so let them continue spiritually, academically or socially. You just want to provide an opportunity to be better, and growth is the most exciting thing for me to watch.”

LaTorre highlighted, “There are a lot of special players on the team and coming in and seeing each player try to be better each and every day [is a special part of coaching].”

LaTorre stated that one of the players he expects to stand out this year is fourth-year student Robbie Haw. He said, “Robbie Haw is a senior captain who plays shortstop and is our closer. He is also a part of the student council and has a huge impact on the campus and baseball field and we look to him as a leader on and off the field.”

As for the team’s goals this coming season, striving for more wins is at the top of their list and the team is focused on this each day. The fourth-year players who played in the NAIA World Series are motivated and ready for this season and fans should be ready to tune in to witness the victories the Westmont Baseball team will achieve.

As for LaTorre’s family life, he and his wife Stacey are coming up on their 11-year anniversary this October. They have a six-year-old daughter, Arabella, who we will see supporting her dad at some of the games.

We are excited to see how LaTorre and his family will impact the Westmont community this year. If you want to learn more about baseball or have questions for LaTorre, you can find him in the portable classroom by the Murchison Gym or on the field!