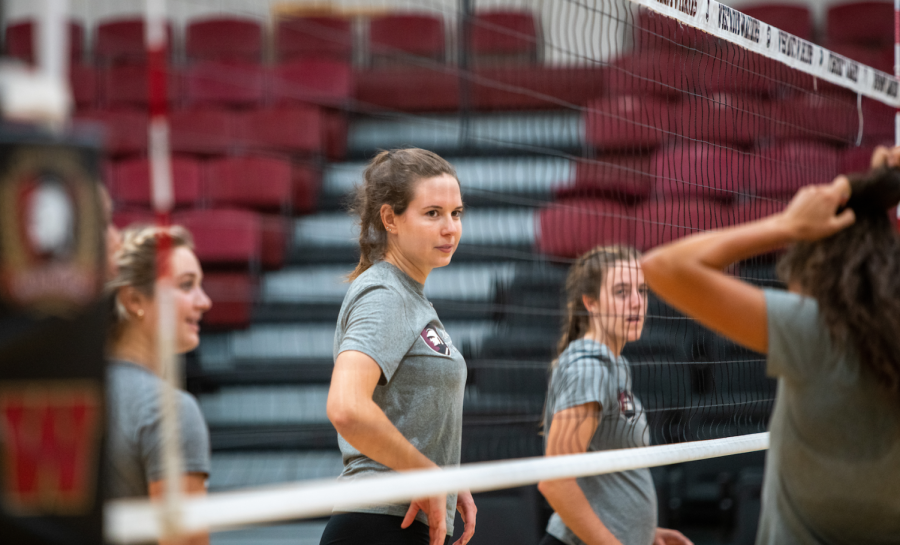 As classes at Westmont are in full swing, the women’s volleyball team is now in the middle of their season. After coming off a tough year in the Golden State Athletic Conference (GSAC), the women are ready to fight for a victory once again.

The women are currently two-one in conference play and eight-three overall, placing them in the middle of the standings. As the established team enters the new season with strong skill sets, they are predicting several wins this season. Fourth-year volleyball player, Lexi Malone, provided us with insight as to how the team is doing thus far.

Additionally, she mentioned the dynamic between the coaching staff and this year’s group of women. Maline shared, “We have an incredible coaching staff with five female coaches. It gives us a 3-to-1 player-to-coach ratio which has been incredible.”

Malone talked about being a fourth-year on the team and being seen as somebody that newer players on the team can look up to. She shared, “I love being able to be there for my team in a new way as an upperclassman and help drive a positive team culture.” Lastly, Malone shared, “I love my team this year and I can’t wait to see how far we go!”

Malone has been an essential asset to the team this year and over her past three years at Westmont. She is a middle hitter on the court and has led the team in 108 kills.

As this new and exciting chapter quickly approaches, there is nothing but success in store as they maintain a fantastic team dynamic and continue to be well-supported by their coaching staff.

Go support Lexi Malone and the team, at their next home game on Saturday, September 24 at 2 p.m. Best of luck to our women’s volleyball team. Go Warriors!