Get to know the new Upper Campus Senators

Their experience so far and plans for their dorms. 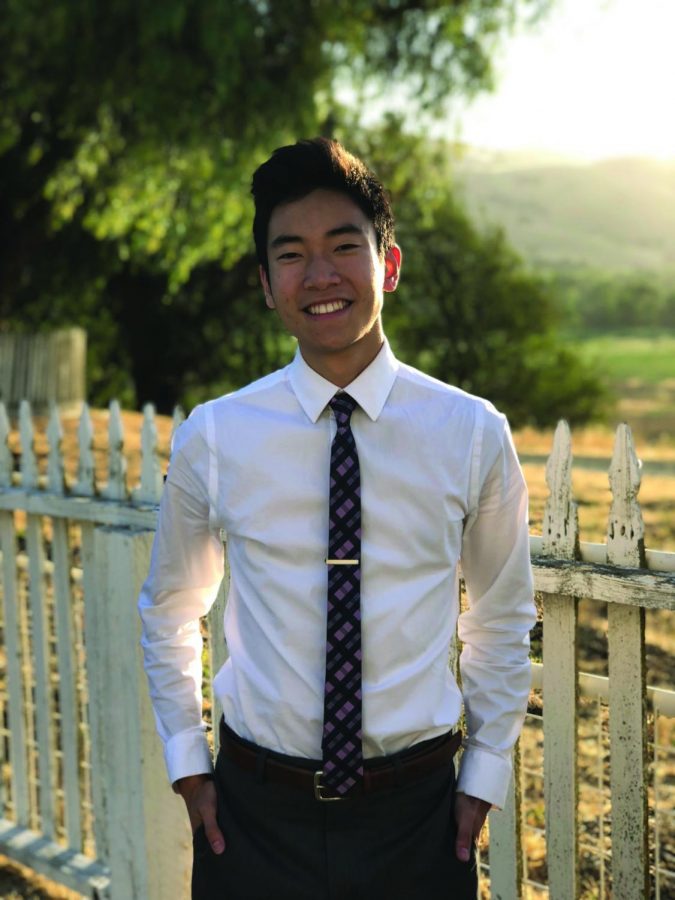 Michael Kong is the Clark Senator.

On the evening of Sept. 9, Westmont College Student Association (WCSA) members, engaged students, and prospective student leaders gathered in the Founders room for Speech Night. Nine students shared their hopes for improving their dorms, but only three would be elected to the position.

Two days later it was announced that Michael Kong, Hannah Brennan, and Tobi Oyebade would fill the Upper Campus senator roles. Hannah Fisk, GLC senator, reflected on the Speech Night: “I would say that Upper Campus Speech night this year was a successful event. Founders was full of upper-campus residents who were lively and engaged.” She shared that the elected candidates stood out because of their “ability to connect with the crowd that was in attendance. On top of being personable and lively, Hannah, Michael, and Tobi all established some of their hopes and goals for the coming school year, which gives voters something to remember them by when the time comes to vote. The elected representatives also demonstrated well-researched knowledge of student government at Westmont, and I think their understanding of what the role of senator requires was evident to the upper-campus residents as well as the current council.” That week, the new representatives joined the WCSA team. Fisk stated, “We are very excited about the new additions of the council and we have already seen the new senators step up to take their place and engage thoughtfully with the rest of WCSA.”

Since then all three have enjoyed being a part of the WCSA team. Brennan shared about her experience to far: “Each council member brings different strengths and personalities to the table. When we all gather at the table, we become a strong and amazing team … Each of them inspire me to be a better student, leader, and person.” Kong has had a similar impression, stating that conversations during the meetings have “been really encouraging in helping me see that change really can happen … It’s also been cool to see how our council members aren’t afraid to disagree with each other because it’s helped me see that all voices and opinions are valued and accepted.” Oyebade simply put that “it is a group of really cool people.”

Oyebade, 18, is from Jos, Nigeria, and was elected to be Page’s  senator as a first-year student. He benefits from some experience with student government in high school, and decided to run for WCSA because it is “the way [he] could best serve [his] dorm.” He is a fan of listening to music, playing sports, eating good food, and painting.

Kong, 19, is a second-year student and now Clark Senator; he is from Gilroy, CA, known as “The Garlic Capital of the World.” His extensive background in student government and his “amazing” first-year experience drove him to run for WCSA. “I also wanted the chance to enact change at a larger scale and empower people to participate in more campus events,” Kong said. Outside of WCSA, he is a cellular and molecular biology and behavioral neuroscience double major and plays violin in the Westmont Orchestra.

Brennan, 18, is a first-year resident of Emerson and the new dorm senator. She is a biology major, hoping to become a pediatrician. She participated in several leadership positions in high school and wanted to join WCSA because it “is an outlet for the voice of the students and [she] wanted to be a part of that outlet.”

All three representatives are entering their new positions with goals and hopes for their dorms. Kong wants to “bring the individuals of Clark Hall closer together” so that they can be better plugged into campus and can have their voices heard. He is working to improve the Clark A lounge and create better communication between his residents and WCSA. Brennan told The Horizon, “This semester I am hoping to make Emerson as much of a home as possible. The people that live in Emerson are absolutely wonderful and I just want to build a stronger community and bond between the people in my hall.” Oyebade feels similarly and says he wants to do everything to “ensure that Westmont students are heard.”

What Oyebade loves most about Page is that everyone makes an effort to get to know each other. Reflecting on her time in Emerson so far, Brenna agrees that she feels welcomed and loved in her residence hall: “After a long and stressful day, I can walk into Emerson and I will be greeted by a resident and they can make me smile, laugh, and will have a genuine conversation with me.”

Kong loves Clark because it “is a comfortable space for both introverts and extraverts.” He appreciates how it is both a calm, quiet space that can be good for studying or for those who enjoy a peaceful residence, and at the same time a great place to build a community.

Overall, the new Upper Campus senators are eager to serve their peers and engage with student leadership at Westmont.