Connect attendees grow alongside each other 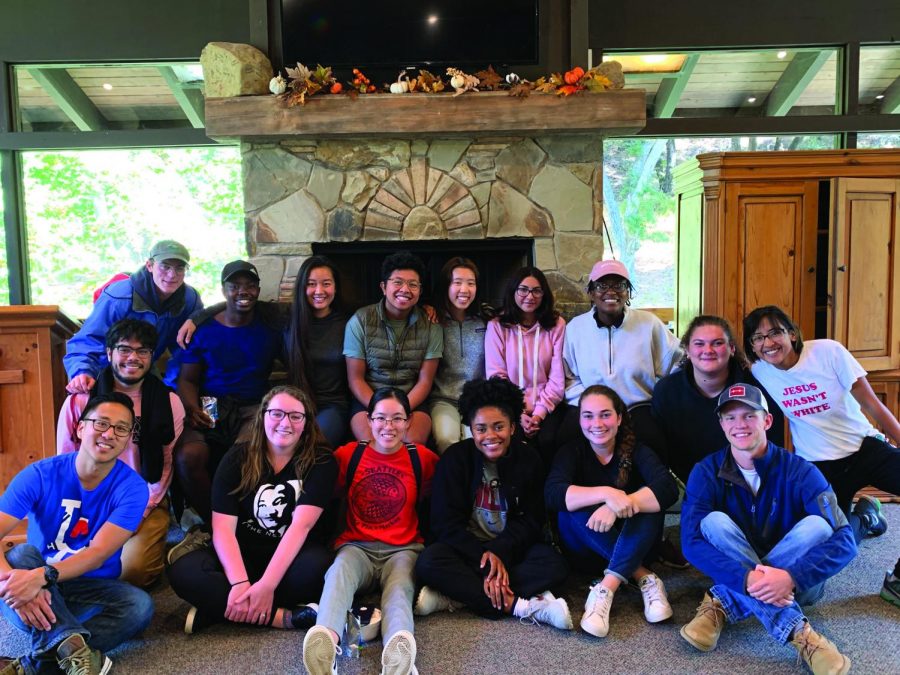 This past Friday, students of varying ethnicities packed up their sleeping bags and headed into the woods for the sixth annual Intercultural Programs (ICP) Connect retreat. On Connect, students got to hear and grow alongside staff, faculty, and Westmont’s Director of Intercultural Programs, Jason Cha. Not only did they learn how to unpack their own ethnicity, but they did so in a way that created a strong sense of community.

Cha said, “The process of identifying and addressing systemic issues of racial equity can be hard and painful, but extremely valuable.” As this is Cha’s eighth year being Director of ICP on Westmont’s campus, he has seen many students come and go. Talking about racial awareness can be intimidating, but Cha is equipping students with the right knowledge and a safe, supportive community to be there for each other.

Dr. Sameer Yadav, professor of religious studies at Westmont, was one of the faculty panelists this weekend. Dr. Yadav said, “It’s really important for conversations of race and ethnicity to be curricular as well as co-curricular. Maintaining the connections between academic and non-academic should have an infrastructure rather than being occasional or personal relationships.” Yadav’s hope is for both worlds to collide in a way that pushes Westmont students forward in further understanding not just themselves, but also what the Gospel and different theologies say.

On campus, there is a rising push for talks surrounding diversity. One of Cha’s goals is in “addressing hard issues that will allow us to begin to heal, rather than our tendency to minimize or avoid hard issues around race. To begin to acknowledge pain or hurt and move towards reconciliation.” He visualizes that one day Westmont will  “continuously be progressing the normalizing of seeing, naming, and talking about issues of racial diversity.”

Dr. Ogechi Nwaokelemeh, a professor in the Kinesiology department, said, “I am encouraged by the effort made by Jason Cha and ICP to bring potent racially charged topics to the forefront whether that’s discussions on retreats, panels, or provocative guest speakers. It’s beneficial to challenge the status quo in order to inform a student and faculty body that can better address and navigate the racial tensions in our society.”

Dr. Kya Mangrum, a professor in the English department, was also a panelist this past weekend. In Dr. Mangrum’s two years of teaching at Westmont, she has spoken at Connect twice, both giving insight and listening to students’ experiences and questions. Dr. Mangrum said, “There are groups within the larger community that are engaging in the hard work of uncovering the kind of historical processes that lead us to this contemporary moment. What I mean by that is the racial violence in Charlottesville and Charleston. I think people are responding to events like those, and they are becoming turning points and people are feeling themselves called to engage each other and seek God’s face and to figure out what we ought to do next. There are also groups that are hearing this for the first time and are curious. Then there are some groups that don’t understand why we are talking at all. They don’t feel the need to talk as race intersects with other racial identities.”

When on the panel, Dr. Nwaokelemeh talked about student care outside of the classroom. As a Kinesiology professor, she takes extra care in student health, both mentally and spiritually. This allowed students at Connect to see some passions that drove her to become a professor.

After speaking with the students, Dr. Nwaokelemeh sounded hopeful when she said, “I do think there’s always room for improvement, especially in meeting the nuanced needs of students of color in and outside of the classroom, but I have faith that with a concentrated focus on God’s leading in this area that we will continue to make strives in the right direction.”

The right direction could be many things. One that Cha mentioned is recognizing and addressing microaggressions towards racial minorities. This could come in the form of jokes. For instance, “You’re not Asian enough, why in the world do you like The Smashing Pumpkins?” was an example Cha gave the students from his college days. Most people wouldn’t pay attention to this because they don’t mean to harm those around them — and that is why Cha brought it to students’ attention. Throughout the weekend, Cha and the other speakers gave students plenty to think about moving forward in the year. Cha is hopeful for the future of Westmont and for the growing racial awareness that is blooming in the students, faculty, and staff.

Cha said, “I personally saw the faculty and staff be inspired by the students’ convictions last year. I’ve seen as a result of the hard conversations that the faculty are compelled to have more conversations about change. Amongst the faculty, there are even reading groups going on about race and equity.”

As students, faculty, and staff walk further along to a critical consciousness and become more racially aware, Cha said, “The Gospel allows me to understand hope but also our brokenness. The challenge is that hope is a paradox, it can set us up for disappointment because we are putting our trust in broken people.” He finished by saying that when we put our faith and hope in the cross instead of humanity, we move forwards from our brokenness.