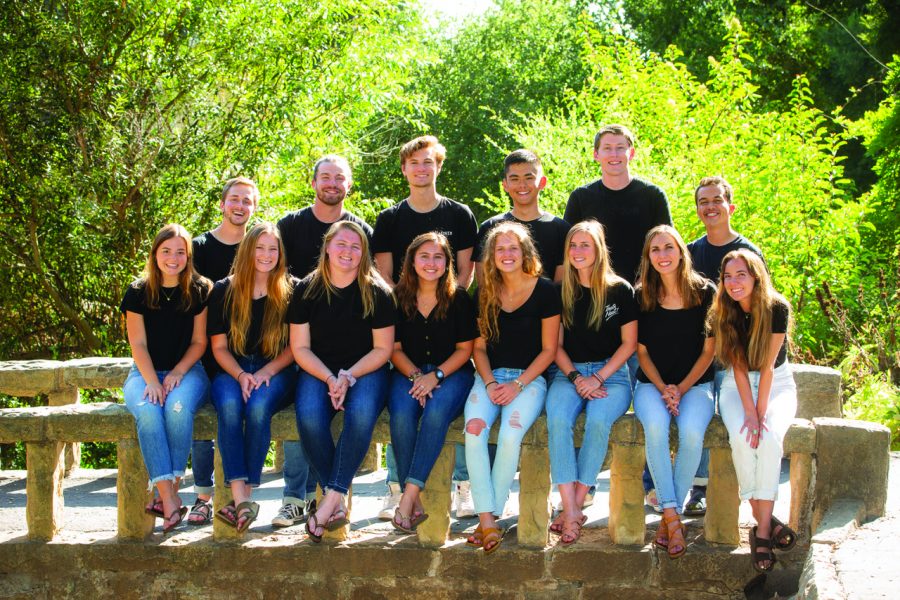 This year, Potter’s Clay Core Team is stressing the importance of “building relationships” and “encounter[ing] and celebrat[ing] diversity within the kingdom of God.”

Potter’s Clay has been sending Westmont students to partner with the La Gran Comision church in Ensenada, Mexico, for over four decades. But as they gear up for the first of their two cross-border trips this year, the program’s 14 student leaders have run into tough questions of help, harm, and intercultural engagement.

According to fourth-year Kayla Abeyta, who co-directs the Core Team, she and her colleagues are reflecting on the complex outcomes of Westmont’s presence in Ensenada. “Because we’re entering into this new conversation of how missions have been harmful, it’s kind of like learning in the unlearning together, of what we’ve always been told good missions look like,” she says.

Core Team leader and fourth-year student Hannah Roberts believes Potter’s Clay has been succeeding in building relationships and helping people, but she also sees problems in the relationship between the program and its hosts. “We take away a lot of opportunities for people in Ensenada,” said Roberts, who co-leads the construction team. “For us to go down there and build a house for that family — for free — is taking away a job from a contractor in Ensenada.”

Roberts has been thinking about ways to alleviate this dynamic. One way, she said, would be for the PC construction team to “build relationships” with contractors in Ensenada as they’re building houses. That way, she said, “when we aren’t there, that’s the family’s contact” for repairs and other building needs.

Abeyta wants Potter’s Clay to be a force of good. Emphasizing the decades-long history of the program, she said that the program is a partnership with the Ensenadan community. “What that looks like is being as helpful as we can with the needs that they have,” she said.

This year’s leaders have also stressed the importance of “building relationships.” As Abeyta put it, “Our mission this year is to encounter and celebrate diversity within the kingdom of God.” In order to accomplish this goal, as Core Team members tell the Horizon, they are continuing last year’s heavier emphasis on understanding Mexican culture and leaving American assumptions behind.

According to Roberts, who has been going on Potter’s Clay trips since her first year at Westmont, education about Mexican culture is a bigger part of the program now than it has been in the past. “My freshman year, that was never talked about,” she said. “The past couple years, it’s been like, ‘hey, we need to be more aware.’”

These efforts are evident in the structure of the program’s leadership. Third-year Kyle Mayl is the program’s second-ever Cultural Immersion Coordinator. “My position is actually brand new,” said Mayl, whose primary responsibility is to arrange homestays between Spanish-speaking students and Ensenadan families during the spring break trip. “I think it was born out of this desire to kind of shift direction for PC.”

Another of Mayl’s responsibilities is to “organize a curriculum for the Core Team for cultural humility and cultural awareness” by forwarding content like articles and podcasts to the other Core Team members. “It’s about trying to make us scrutinize our own culture, but also equipping us to be stewards in another culture,” he says.

“In the United States, when it comes to any type of ministry, we tend to be very numbers-driven, very results-oriented,” said Mayl. But his job is “more intangible because you can’t really quantify a relationship. That’s what the cultural immersion team is all about — developing those deep, lasting relationships.” Mayl also acknowledges the challenge inherent in the short-term nature of the trip. “Obviously,” he added, “there’s a limit to it over one week.”

The Core Team has its mission, but the leaders have disagreed about how their vision ought to be implemented. Part of the mission statement, according to co-director Abeyta, reads, “We commit to walking alongside Westmont students to humbly engage in cross-cultural fellowship with Ensenadans and our own communities.” But some Core Team members have been frustrated by ambiguous meanings within the mission statement. “Our terms aren’t defined,” said Roberts. “I think our team, as a whole, is not on the same page.”

The biggest example, according to Roberts, has been what it means to “walk alongside students” in building cross-cultural relationships on the homefront. Some Core Team members, said Roberts, “have a very different definition of ‘walking alongside’ than I do.” In her mind, it means participating in the ministries in which Westmont students participate, like Bread of Life and Jesus Burgers. “It means putting ourselves in their shoes,” Roberts says.

Others, however, have suggested a model in which Core Team members would create new ways for Westmont students to build cross-cultural relationships within the community. One example, cited by multiple team members, is the idea of reaching out to a Spanish-speaking church in Santa Barbara and inviting Westmont students along with them.

Co-director Abeyta confirmed that a conclusion has not been reached about how Potter’s Clay will engage locally, but she believes that it’s possible. “You don’t have to travel far and wide to build those relationships,” she said.