What has WCSA been up to? 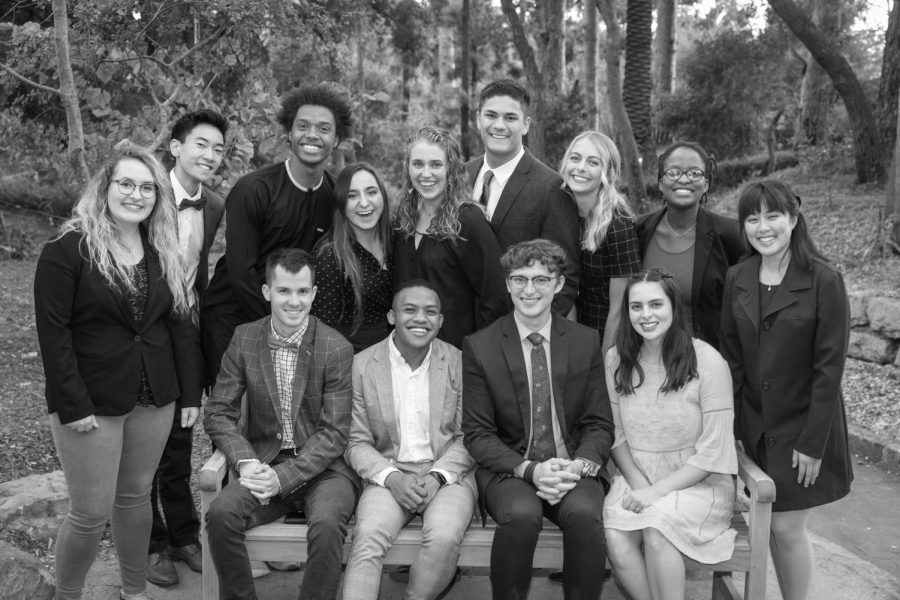 This semester’s WCSA team has seen a unity in goals unlike previous years.

This semester, Westmont College Student Association (WCSA) has been hard at work engaging in productive conversation and building accountability.

Many students have called for more opportunities to influence Westmont’s decisions on a variety of subjects and WCSA has been listening.

According to the President of WCSA, senior Nolan Anderson, the student government funded and participated in many events this semester in addition to their contribution to “important conversations.”

One conversation that WCSA has entered into is the planning for a space for LGBTQ+ students on campus.

In meetings with adminstration, a space can be created that will “work within the parameters” of Westmont, as stated by Anderson. He also shared that adminstration wants to ensure that “student fingerprints are all over this” so that it is built by the students to best serve them.

Additionally, two team members — Odile Ndayishimiye, Diversity and Inclusion Senator, and Jonathan Lee, Vice President of WCSA — have been invited to be on the advisory committee for Westmont’s upcoming Center for Diversity and Global Engagement.

According to Lee, the planning process has already begun and will continue to move forward.

Anderson reflected on this semester, “I’ve been really pleased with the team — this is probably one of the most unified teams that I’ve been a part of.” He went on to explain that this unity has allowed for their meetings to be more productive and solution-oriented.

Hannah Fisk, a senior and the GLC senator, agreed that the team’s efficiency has allowed for successful deliberation and collaboration.

“I am also proud of the willingness of many of our team members to go beyond the explicit expectations of the job description and step up into roles and projects that will help us better serve the student body,” Fisk told the Horizon in an email.

For the spring semester, WCSA hopes to get students involved with updating Westmont’s strategic plan.

Every three years, the school revises the plan and next semester there will be opportunities for the student body to give input.

Anderson wants students to understand that this is a big deal: “You can actually make an impact on and give your input on where the college is going as an institution.”

According to Anderson, they are hoping to host a couple “Town Hall events” where students can look through the strategic plan and give their feedback.

Relating to the strategic plan, Fisk explained that student engagement with issues on campus is currently one of the primary challenges for WCSA.

“For one, it is hard to be the representatives of the student voice when many of the students are not engaged in issues on campus,” she shared.

Furthermore, when WCSA attempts to pursue solutions for something a few students have conveyed deep interest in, they often receive pushback from other students who don’t understand why that issue matters.

“While WCSA exists to represent each individual student and all students as a whole, it is challenging to do both well when students are checked out and not interested in engaging on campus,” said Fisk.

Despite this, Lee explained that WCSA leadership remains hopeful that this semester’s unity will allow them to accomplish many of their goals for the spring: “I’m really proud of our group’s commitment to engaging in conversations around areas that WCSA isn’t traditionally invested in.”