Interviewing Pascual Mamahua about his experiences working at Westmont. 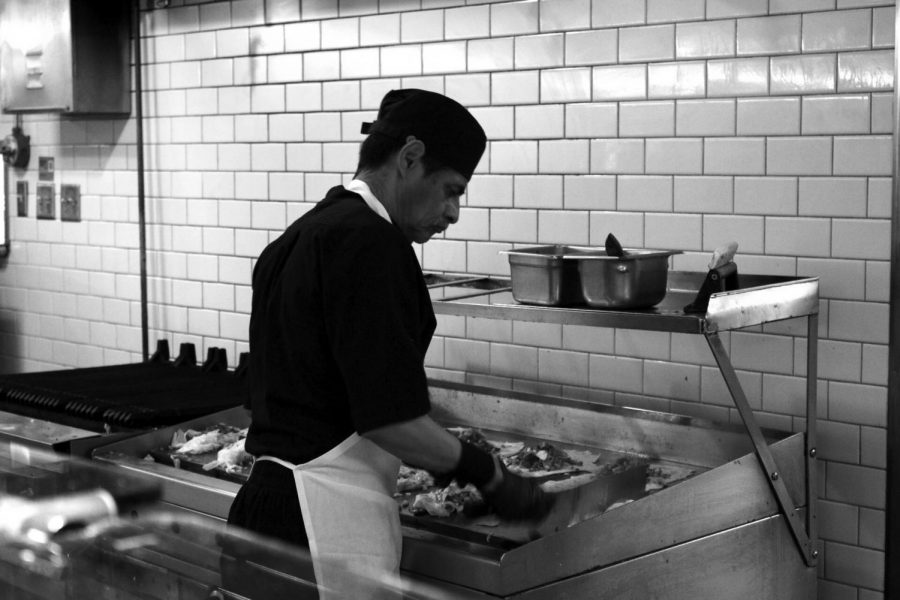 Mamahua first came to Westmont in 1980 with no cooking experience.

Every Westmont student knows Pascual Mamahua, Westmont’s beloved Grill Master. While he’s best known for his breakfast burritos, scrambles, and other morning-time creations, Pascual has his own story to share.

“His burritos are literally the best I’ve ever had,” commented one anonymous first-year.

Mamahua did not rise to the title of “Grill Master” overnight; he first came to Westmont in 1980, thanks to his brother, who had already worked at Westmont for eight years.

He had no cooking experience, and learned all of his culinary knowledge on the job.

“It wasn’t in my plans to work here. But I’m thankful to God for putting me on this path,” Mamahua noted, reminiscing on his early years at Westmont.

He started off doing smaller tasks, such as washing dishes, eventually moving up to work in the kitchen.

Although Mamahua comes from the small town of Guerrero, Mexico, his siblings all live in Santa Barbara.

This allows Mamahua to spend a lot of time with his nieces and nephews, which he claims is his favorite pastime. On occasion, he even cooks for them.

Mamahua selflessly comments that one of his favorite parts of his job is “helping out students; I love the crowd. My satisfaction comes from taking care of all students for many years.” His “crowd” is apparent every day, with swarms of students heading to the grill to order their custom-made breakfast dishes.

As much as he loves to give to others, others love to give back to Mamahua as well.

Surprising him with an award for his 30-year anniversary in 2010 was just one way that the staff has recognized the hard-working chef.

Whether it be through his delicious creations or kind personality, Pascual Mamahua has had and continues to have an impact on all who visit Westmont’s Dining Commons.