Unpacking the Scorsese vs. Marvel debate 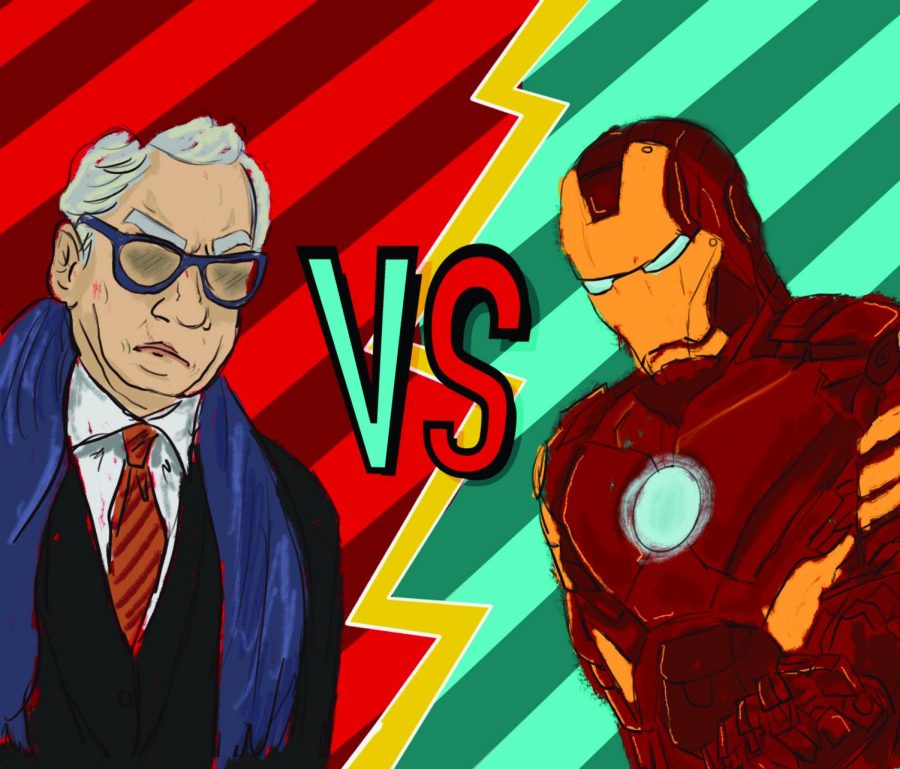 “I don’t see them. I tried, you know? But that’s not cinema,” Scorsese said. “Honestly, the closest I can think of them … is theme parks. It isn’t the cinema of human beings trying to convey emotional, psychological experiences to another human being.”

Scorsese’s resumé speaks for itself: he’s directed classics like “Taxi Driver,” “Goodfellas,” and “Raging Bull,” as well as contemporary hits such as “The Wolf of Wall Street,” “The Departed,” and “Shutter Island.” He’s founded multiple organizations dedicated to the preservation of film history. He’s one of filmmaking’s most thoughtful artists, not an old-timer yelling at kids to get off his lawn.

After harsh criticism from Marvel fans, Scorsese clarified his sentiments in an opinion piece in the New York Times last week.

Scorsese writes that filmmaking is an “art form,” and that true cinema contains genuine risk-taking and emotional connections between characters. He cares deeply about cinema, and he’s intensely concerned about its future. Scorsese never says that he wishes superhero movies didn’t exist — he just wishes that they didn’t come at the expense of more risky, artistic films.

The filmmaker’s strongest argument against Marvel movies is that they simply take up space in movie theaters that could be occupied by a more diverse selection of films. Most theaters only have space to show a few films at a time, and audiences are mostly showing up to franchise movies, so that’s what most theaters show.

He definitely has the numbers on his side — twenty years ago, four of the top 20 movies at the domestic box office were sequels or remakes. In 2019, only two out of the top 20 movies are not franchise films –– ”Us” and “Once Upon a Time in Hollywood.” It’s indisputable that the increasing reliance on brands and franchises, including superhero series, is crowding out more creative films.

Scorsese also worries that the over-abundance of superhero movies conditions moviegoers to only expect one particular kind of storytelling whenever they watch a film — a kind of storytelling that, in his eyes, does not reflect the true potential of the medium. He says that superhero films are all remakes because they tend to follow similar structures and explore a limited number of themes. He worries that the increasing dominance of franchises is destroying the artistic integrity of cinema, as they lack “revelation, mystery or genuine emotional danger.”

Scorsese may not give franchise movies enough credit — many of them are expertly crafted, contain strong performances, and experiment with long-form storytelling in intriguing ways. Movies like “Black Panther” and “Wonder Woman” are paving the way for a more inclusive entertainment industry. Film series can launch careers for actors and filmmakers so that they can make smaller, more unique projects in the future.

Yet franchise movies’ greatest asset is also their most concerning flaw — their consistency. Audiences trust brands like Marvel to provide predictably entertaining experiences so they know that their money isn’t going to waste. This riskless factor is one of Scorsese’s main critiques — franchise films seek to appeal to the broadest group of people as possible, so as to make the most money, and as a result, films are focus-tested to death and don’t provide viewers with particularly unique experiences.

Scorsese sees this as a “chicken-and-egg” scenario: as viewers build stronger loyalties to brands, they come to expect the hallmarks of those brands to apply to all movies, thus decreasing their appetite for  different kinds of films. This seems to reflect the increasing corporatization of modern life — Amazon’s convenience destroys local retailers, chain restaurants kill mom-and-pop eateries, and now Disney squashes non-franchise films.

The convenient, predictable qualities of Marvel’s superhero films makes them the cinematic equivalent of fast food — often incredibly satisfying, and highly enjoyable for most people. But fast food shouldn’t come at the expense of the authentic, daring cuisine that is original filmmaking. There should be contexts for both to be appreciated.

Marvel films and other big blockbusters can be tons of fun, and nobody should feel ashamed for wanting to have a good time at the movies. But when you buy a ticket for the next “Avengers” or “Star Wars,” consider supporting an original film as well — in mainstream cinema, they’re a dying breed.