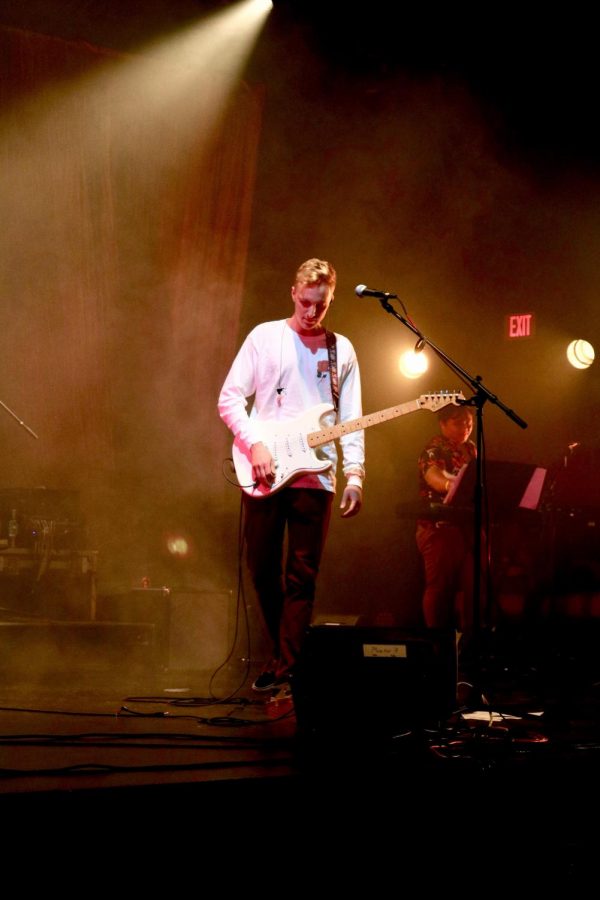 There is an air of excitement. And perhaps a small amount of uncertainty as well, but that’s always to be expected before any kind of performance. But as sound checks are happening and instruments are being tuned, that excitement and uncertainty are the two ingredients for the recipe of a passionate, honest, groovy, and all-around excellent performance by John Butler and his ensemble of musicians, featuring none other than Westmont’s beloved former worship leader Joel Patterson on the bass guitar.

The head chef of this musical dish is Butler himself, whose experience as a solo artist includes numerous well-received albums and singles. Butler stems from a wide net of musical influences, from singer-songwriters like John Mayer and Gregory Alan Isakov to classical legends such as Mozart and Chopin, as well as progressive metal bands including Metallica and the Animals as Leaders.

One can certainly hear the product of Butler’s varied musical influences during the performance, with a soulful rendition of Butler’s original “One Kiss Away,” a piece inspired by the artist’s own personal experiences that drums up a raw and passionate vocal performance rooted in Butler’s love of the modern ballads of Mayer and Glen Hansard. One song prior in the setlist, however, and the listener is treated to a groovy and funky key-signature-melding piece, “Dreams,” whose own interesting musical devices can be traced to Butler’s love of progressive metal and math rock.

There was certainly a melancholic edge to the first part of Butler’s Saturday night performance, but after a few tracks of haunting, melancholic beauty, Butler quickly adopted a smile and told the heavily-invested crowd that it was time to “ramp it up”, quickly blasting into a funky cover of Earth, Wind, and Fire’s “September,” and following it up with more upbeat covers (Blink-182’s “All the Small Things” and Weezer’s “Island in the Sun”).

This ability to shift genres and tonally hop from emotion to emotion is demonstrative of Butler’s growing ability as a songwriter. While he certainly stems from a wide background of influences, he exists wholly as his own songwriter. Butler believes that music is “sometimes the best and the only way to say what you mean,” giving artists the courage and the freedom to express their inner emotions in a medium that recently has been lacking honest expression in the popular charts.

Encouraging others who enjoy playing and creating music to branch out and put themselves forward, Butler himself is still undergoing his own path of expressing his voice to others. He began with smaller gigs during his first few years of high school and worked steadily toward playing at clubs and theatres around Santa Barbara to get to where he is now, a senior at Westmont preparing for the next step forward in an increasingly expanding musical career.

But if there is any final conclusion to take away from Butler’s performance on Saturday, it is the sentiment that hard work and creative ability can produce music that not only connects with audiences, but for a few hours, gently forces us to be present in the immediate sense, connecting listeners together for the expression of the artist’s soul. And in John Butler’s case, that soul is passionate, honest, groovy, playful, and altogether wonderfully unique.