Artist of the Week – Emily Hoang 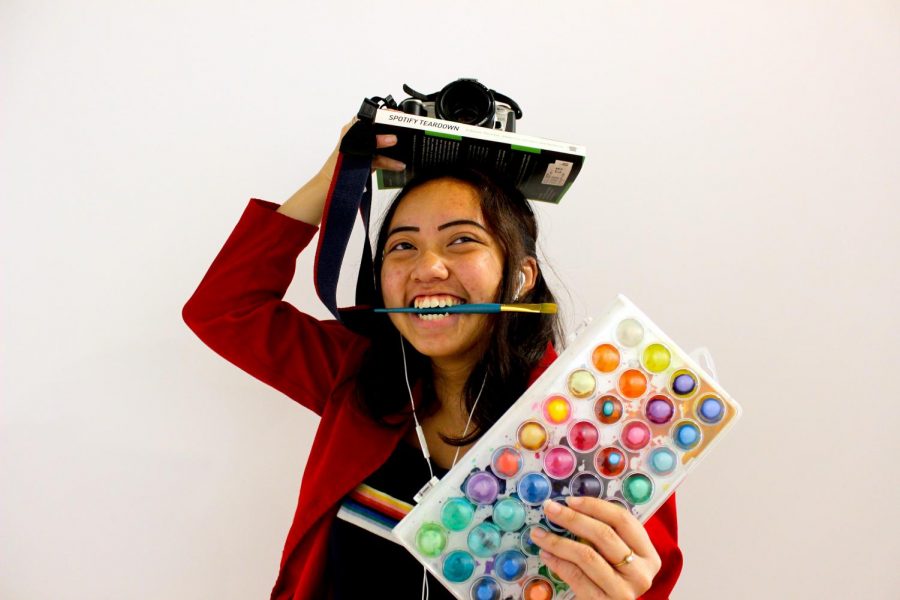 Art expresses that which words are unable to describe. For senior economics and business major Emily Hoang, art is an avenue of self-expression, a way for people to see the complex layers of her thoughts in comprehensible form.

Hoang returned to campus this spring from studying with Gordon College in Orvieto, Italy, where she studied art, design, and photography. While abroad, she had the opportunity to further her exploration of different forms of art, including photography, acrylic paintings, and digital sketches, culminating in her unique style which she describes as “a mixed bag of things.”

Studying in Orvieto was one of the many options Hoang explored before picking a study abroad program, and it surprised her when she finally chose her path. “I didn’t plan on going to Italy,” she confides, “but I wanted to push myself creatively.” And push herself creatively she did. Her time in Orvieto and San Francisco both greatly shaped her understanding as an artist. When she spent the summer in San Francisco with Westmont’s internship program, it broadened her view of her personal style, and she journeyed into understanding her art on a deeper level. By creating a piece of art every day, Hoang began to “set” her idea of what art is, and built up a portfolio of original pieces.

In contrast, Hoang was the only Westmont student on the Orvieto program, while the rest of her peers were from Gordon, Wheaton, and Messiah, so the dynamics of the group were a shock. For the first few months, she felt out of place and out of touch. “When you’ve lost your identity,” she confessed, “it’s hard to express yourself. And how do you express yourself when you’re trying to prove yourself?”

Hoang described the struggle of self-expression in a place where she wasn’t known: “Over the summer, in San Francisco,” she said, “it was so clear to think about who I was. In Italy, I felt like I had no idea who I was –– I was trying to fit into both the culture of the country and the culture of the program.”

Amongst heaping plates of pasta, deep red wine, and countless visits to art museums, Hoang began to understand herself more in context. Over the course of her studies in Orvieto, she came to realize her inclination toward challenging the way the world is perceived. As she began to push her own boundaries, she pushed the boundaries of art as she understood it. This led her to ask herself questions such as, “How can I spin an idea on its head?” This method of thinking gave way to a beautiful collection of works that contrasted with what her peers were creating. She found her art reflects her colorful, multi-layered personality, and as she continued to create unconventionally, her peers also took notice.

Each artful experience converges into a stunning masterpiece, and evaluating the role of each memory, Hoang noted: “A lot of my life I’ve tried to fit in, but my art is all about how unique I can be, and how I can stand out. In art, you’re allowed to just be.”