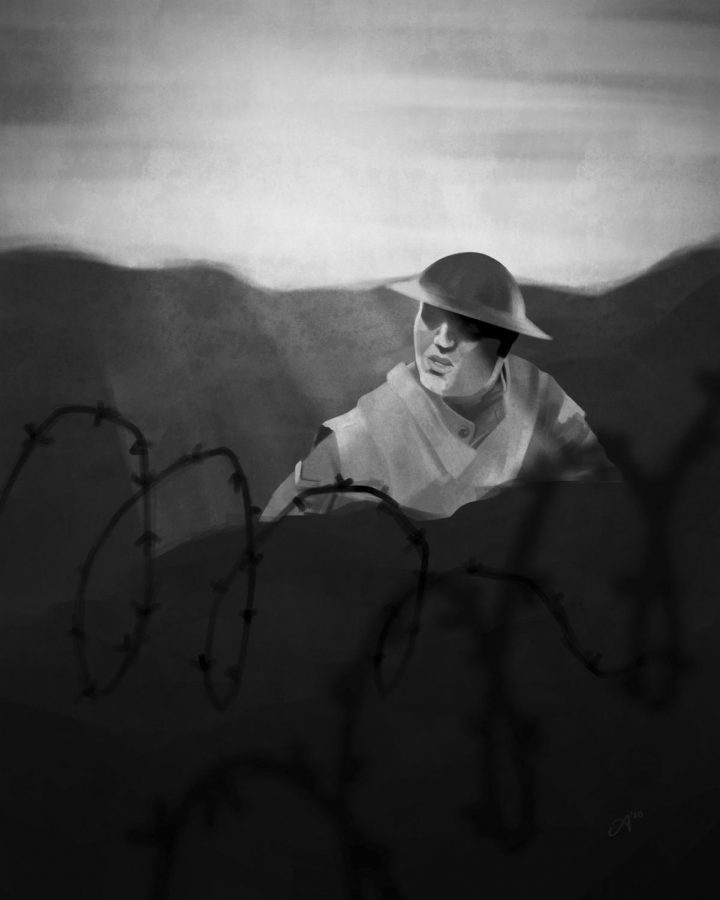 In the span of five minutes, the protagonists of “1917” find themselves passing through a blossoming field, navigating a mysterious mine, and plunging into the ocean depths. These are all sequences that have been visited in movies past, but what makes them stand out here is that they are linked together in one unbroken, cinematographic chain. It makes for an unhindered, unrelenting adventure.

“1917” is Sam Mendes’ first film since his 007 outings “Skyfall” and “Spectre.” Even in those films, Mendes understood how to balance blistering action with quieter character moments, highlighting the grim, uneasy nature of his heroes. As with Mr. Bond, the heroes of “1917” (Dean-Charles Chapman’s Lance Corporal Blake and George McKay’s Lance Corporal Schofield) wear different masks for different people. Blake puts on a brave face to his superior officers when recruited for the movie’s daring mission, but lets himself be vulnerable to his friend Schofield. Schofield, on the other hand, remains adamant to not go back home after the war, and guards his emotions more closely.

As Blake and Schofield traverse the Western Front, Mendes peels back their masks to provide a vulnerable look at two young men caught in the horrors of war — and the horrors abound. Body parts are strewn through the streets, fields are wrangled with German barbed wire, and, in one particularly haunting scene, a nearby dogfight takes a turn for the worse.

But one of the best parts about “1917” is that its scenes aren’t scenes strung together in a series of cuts. It’s connective, moving you from one peril to the next without so much as a “Star Wars” screen wipe. Cinematographer Roger Deakins and composer Thomas Newman immerse the audience in a beautiful, disturbing world without interruption. Deakins finds creative ways to make dynamic shots while making the movie look like it was shot in a single take. Newman’s score absorbs the audience in both the quiet moments and the eruptive shootouts.

Yet these technical marvels never overwhelm Mendes’ focus on the story and the characters. Instead, they make them stand out in surprising ways. Secondary characters, like Mark Strong’s trusting Captain Smith and Benedict Cumberbatch’s strong-willed Colonel Mackenzie, leave an impact on the viewer not just because of their performances, but because the world around them is so unflinchingly tragic.

“1917” is buoyed by earnest performances and bolstered by technological triumphs. Its moving story, sweeping music, masterful cinematography, and lead duo make for a near-perfect movie. It’s a high-octane odyssey, a freight train of tension, and an unshackled display of human morals at their best and their worst. It’s Sam Mendes’ magnum opus.