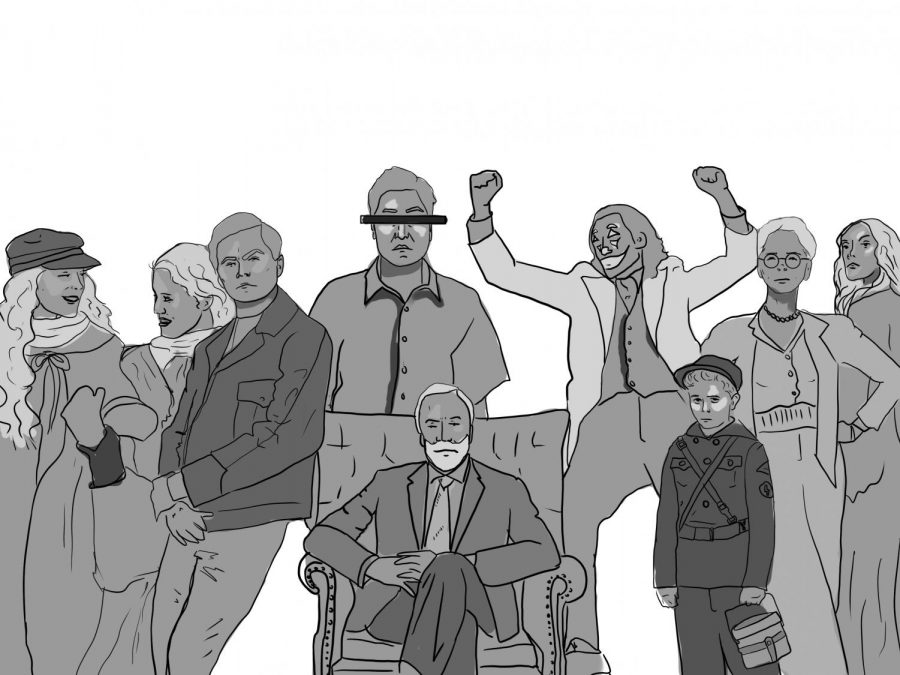 The Oscars are just around the corner. Every year, the Academy picks winners that don’t quite align with popular preference. We asked Westmont students to choose their favorite films, actors, and artists from the existing nominations, and then predicted how the Academy will align with Westmont’s choices.

Saoirse Ronan of “Little Women” garnered a staggering 50% of Westmont’s votes for Best Actress, with Scarlett Johannson coming in second for “Marriage Story” with 35.7% of the vote. Meanwhile, the Best Actor category resulted in a tie between Adam Driver (“Marriage Story”) and Joaquin Phoenix (“Joker”), who each received 36.8% of the vote.

In the supporting categories, Westmont students overwhelmingly chose Florence Pugh (“Little Women”) and Tom Hanks (“A Beautiful Day in the Neighborhood”), who each got over 50% of the vote in their respective categories. The second-place picks were Scarlett Johansson (“Jojo Rabbit”) and Brad Pitt (“Once Upon a Time … in Hollywood”).

Westmont probably picked the right Best Actor winner, as Phoenix is the favorite to take home the Oscar (and Driver is probably the runner-up).

The other categories probably won’t fare so well –– it looks increasingly likely that Renée Zellweger (“Judy”) will win Best Actress, Brad Pitt will win Supporting Actor, and Laura Dern (“Marriage Story”) will win Supporting Actress. Phoenix, Zellweger, Pitt, and Dern all won in their respective categories at the BAFTAs, the Golden Globes, and the Screen Actors Guild (SAG) Awards. These awards often align with Oscar wins, as many SAG and BAFTA voters also vote in the Academy.

Best Original Screenplay was one of our most contentious categories, with “Knives Out” narrowly winning with 29.6% of the vote. “1917” and “Parasite” tied for second with 22.6% each.

Best Adapted Screenplay, on the other hand, had an overwhelming favorite: Greta Gerwig’s “Little Women,” which garnered a whopping 63% of votes. Taika Waititi’s “Jojo Rabbit” came in second with 20.5%.

These categories are a little trickier to predict. Westmont’s first and second choices for Best Director are definitely the top two contenders, as Bong won the Directors Guild Award and Mendes won the BAFTA and the Golden Globe. Westmont’s top two Adapted Screenplays are also the likeliest bets for the Oscar, though Waititi may have the edge over Gerwig with his recent Writers Guild and BAFTA wins. Best Original Screenplay almost certainly won’t go to “Knives Out” –– “Parasite” is a solid bet, as it won key awards with the WGA and BAFTAs, but “Once Upon a Time …” could take the prize, too, as Tarantino is one of Hollywood’s most revered filmmakers, and screenwriting is his most awarded medium.

Westmont’s choice for Best Picture is “Little Women,” with an astounding 41.9% of the vote. “Parasite” came in second place with 16.2%, and “Joker” took third place with 12.2%. “Little Women” hasn’t received a lot of love from any other awards ceremonies, so don’t hold your breath for a win on Sunday. Westmont’s second pick, “Parasite,” does have an outside chance at the top prize, as it won the top SAG award, and could benefit from the category’s ranked-choice system, as it’s likely to garner many second- and third-place votes. The most likely contender is “1917,” which has racked up almost every Best Picture win possible at the Golden Globes, BAFTAs, DGA, and more. “Once Upon a Time…”, “Jojo Rabbit,” and  “Joker” may all have outside chances, too, especially if they win in the technical categories.