Track and field debuts at home 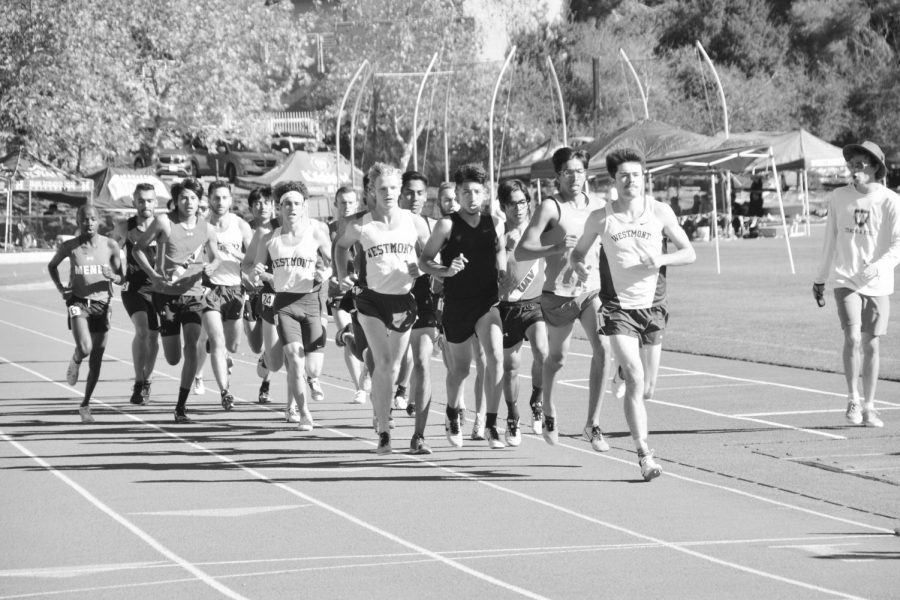 The Westmont Warriors competed in the On Your Marks track meet where multiple racers placed in their respective events.

Following after was the women’s weight throw where Sydney Marr placed first with a throw of 15.89m. Close by placing third was Elizabeth Potter with a distance of 9.11m.

In the men’s long jump, Jordan Gunderson placed second with a jump distance of 6.02m. Gunderson also placed third in the triple jump finishing with 11.71m.

On the women’s side, the Warriors placed in the top three, all separated by less than an inch. First place was M’Kya Williams with 5.35m who also finished in second with her 10.50m triple jump. Following in second was Tori Davis with 5.34m. Davis also competed in the women’s 200-meter dash finishing in third place. In third place was Haleigh Batty with 5.33m.

Launching into the men’s pole vault, Seth Wilmoth finished in second place with a distance of 4.95m. On the women’s side, Chena Underhill landed with a height of 3.70m earning her spot on the top three.

Ty Hernandez jumped into second place with a height of 1.71m in the men’s high jump.

Racing along to the track events, the women’s relay team brought a first place win in the 4×800-meter relay. The first racer was Bethany Bondie followed by Callie Gutherie, Madden Hundley, and anchoring for the team was Casey Jensen finishing  with a winning time of 9 minutes and 46 seconds. The men’s relay was placed by all three Westmont relay teams.

Underhill hopped over onto her next event in the 60 meter hurdles finishing with a time of 9.50 for second place. Hernandez was also finished in second on the men’s side with a time of 9.69.

After two rounds of the men’s 60-meter dash, Jarad Harper finished in second place with a time of 6.97, 0.05 faster than his initial times in the preliminary round. Harper also finished second in the 200-meter dash.

Westmont continued to place throughout the meet and will compete again in the Sunshine Indoor Open and Combined Event on Feb. 14-15.