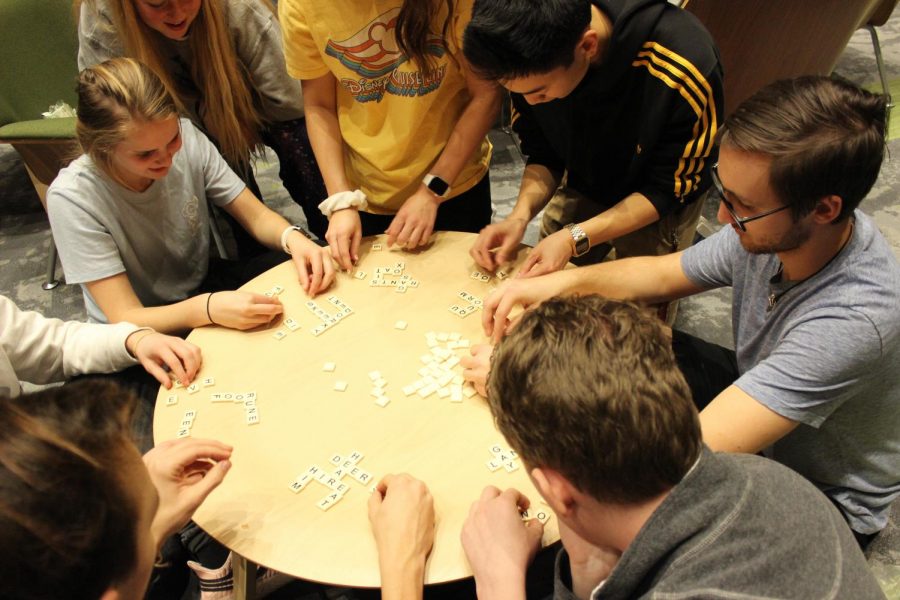 It all starts with getting an invite to the competition. Jonathan Tejeda thinks the early application requirement makes it unfair as plenty of qualified candidates simply apply during the general admissions period. “Why should it be that people who choose Westmont early get the Augustinian scholarship? There are people who just choose Westmont later and have the grades.”

On the other hand, Keziah Olsen would beg to differ: “Any other college is going to have such programs and deadlines. There are definitely people who deserve to be Augustinians, but don’t bash on other people because they didn’t know about.” Mattias Bunn added to that by saying, “A good amount of Augustinians didn’t know about the program and simply applied without expecting an invite to the weekend.”

Others point to the relatively high spending that is invested into Augustinian weekend. “As an Augustinian, I don’t feel any different from anyone else, but I can understand why a non-Augustinian can feel that way. Some things like Augustinian weekend can contribute to the feeling of separation because of how extravagant it is. Personally, I don’t feel the need to have special events and dinners. It only contributes to the animosity,” said Mercy Milliken.

Then again, the event doubles as a competition for a significant scholarship, thus potentially warranting the use of funds. “You have to realize how many of your friends are Augustinians. How many of them are at Wesmont is because of the scholarship. I wouldn’t be here without it,” Olsen reflects. She also points out that “The scholarship is a separate trust fund that does not drain Westmont’s resources.”

The word “Augustinian” can connote so many emotions at Westmont. As Patty Kernan would attest to, it really comes down to what type of Augustinian you are: “There’s two types of Augustinians — the ones you can’t tell and the ones who won’t shut up.” Brendan Sze has seen more of the former. “Augustinians are generally really humble people (at least the ones that I know) and they’re super smart and crazy enough to get that scholarship.”

Meanwhile, Sarah Chan would agree with the latter. “It’s the Augustinians who make the rift because they talk about it.” Chan would go on to mention that simply saying “Augustinian” in a conversation can shift someone’s perception. “I know people who think Augustinians are really smart so they don’t want to approach them. They’re more intimidated by them.”

Overall, Augustinians have noticed the clique-like mentality that surrounds the scholars and have talked about what can be done to mitigate its effects. Most recently, the Augustinian student representatives sent an email addressing the issue: “We all want to be honest about our involvement, but we also must be tactful and aware of how we influence others’ perceptions of the Program.” There isn’t much more to be said about how to change people’s perceptions — it’s only a matter of how we should venture to live faithfully together as a unified Westmont body.