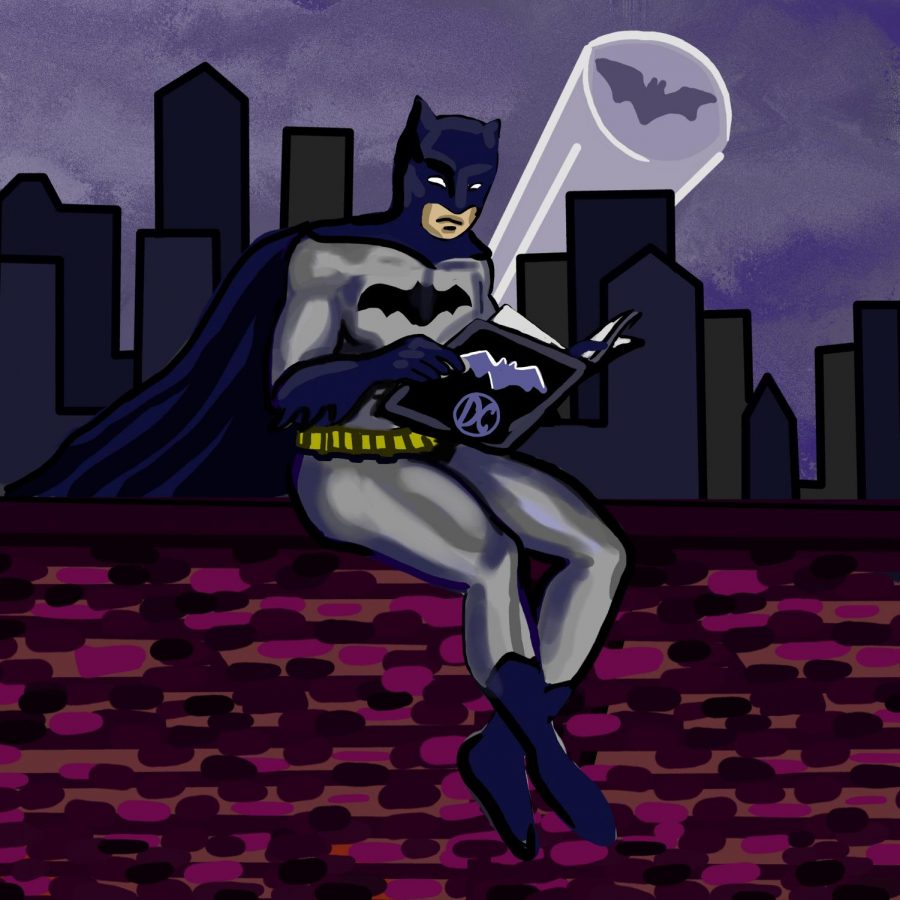 “Detective Comics Annual” is a double-sized comic issue released after the conclusion of a major storyline.

Our greatest heroes in modern mythology are incomplete without their mentors. Luke Skywalker has Obi-Wan. Harry Potter has Dumbledore. And, when tragedy struck the Wayne family, Batman had Alfred. The two iconic DC characters have fought against Gotham City’s criminal underworld since the 1940s, and haven’t missed a step.

But Batman’s world is changing, in ways both good and bad. He has turned Catwoman from her criminal ways; now she helps him in his war on crime. His greatest villains are locked up in Arkham no longer: now, he uses a secret Wayne facility to keep them under lock and key.

Commissioner Gordon is on leave, Nightwing was nearly assassinated, and now Alfred, his faithful butler, has been killed by the ruthless Bane.

This is the state of Batman’s world as the newest, giant-sized issue of Batman: Detective Comics hits the stands. The Annual tells two unique stories, as the tragic events preceding them turn what could have been just another Batman comic into an earnest, heartfelt tale of one man’s legacy.

In the first story, “Who Dares, Wins,” Batman is contacted by Marigold Sinclair, a former MI-6 agent who used to work alongside Alfred. While only lightly touched on in prior Batman stories, Alfred was an MI-6 agent for many years (you can watch his adventures in Epix Channel’s new TV crime drama, “Pennyworth”).

Years ago, Sinclair and Alfred discovered that their fellow agent and friend, Kendall Pierce, defected from MI-6 and went to work alongside the Soviets. Now, Sinclair enlists Bruce’s help to find Pierce and bring him to justice, which means journeying to a mysterious Soviet training camp in the heart of Ukraine. Bruce, whose home and life are in shambles after Alfred’s death, decides to honor Alfred’s memory and search for his traitorous friend.

Peter J. Tomasi writes a compelling spy caper, jumping between Batman’s crime-fighting escapades and international intrigue with ease. The story flows more nicely between superheroics and espionage than one might think, as Batman makes for a convincing covert operative. Sumit Kumar, a first-time Batman artist, crafts one beautiful panel after another. His work is angular, precise, and cinematic. The comics medium has recently come to use more digital art styles, but Kumar keeps things hand-drawn: appropriately old-school for an adventure set in the old butler’s world.

While there isn’t much depth to Pierce or his evil plans, Tomasi packs enough heart and action into his pages to make for a great one-off tale. It’s less about how to cope with grief, (which Tomasi aims to explore in the upcoming “Pennyworth: RIP” comic), and more about how to use one’s life to honor the legacy of a fallen friend. Tomasi’s Batman doesn’t wallow in sadness; he strives to be a good example to others, just as his mentor did. It’s a refreshing direction for the Dark Knight, and makes the second story, “The Week,” all the more touching. There, Tomasi tells the story of Alfred’s first week dealing with Bruce as Batman, all from Alfred’s perspective.

It pulls at the heartstrings, as Eduardo Rissio’s scrappy, detailed artwork shows the work Alfred must put in to ensure the young crimefighter actually lives through each night.

In the world of film, “The Batman,” directed by Matt Reeves, springs into action in 2021. Robert Pattinson takes on the cape and cowl, and Andy Serkis joins him as his faithful butler. But while there’s plenty of Bat-essentials to make the movie work –– a cool car, vile villains, and a compelling story –– Tomasi shows that few things are more important than exploring the timeless bond between a boy and his butler.