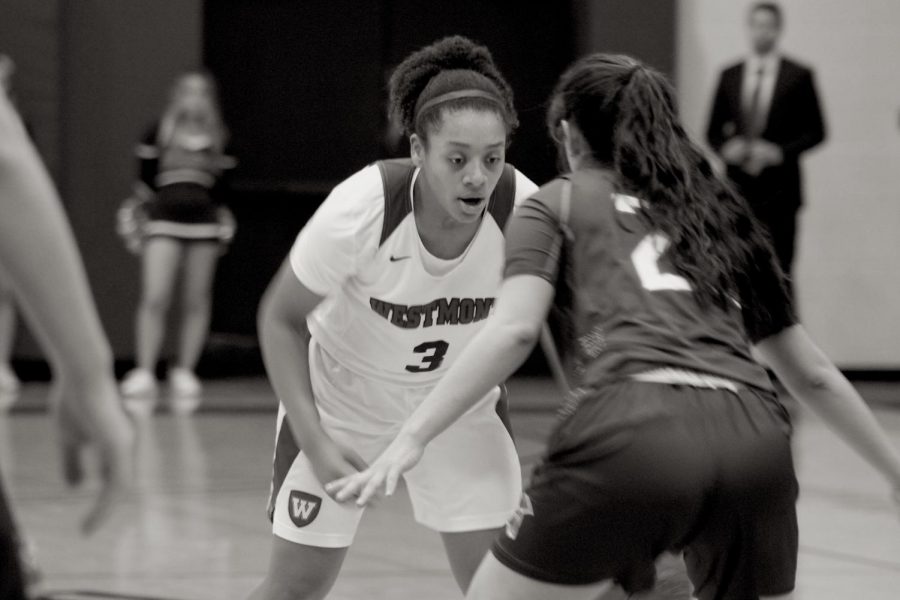 Westmont women’s basketball squared off against William Jessup University (WJU) last Thursday. Before the matchup, the Warriors were 10-1 in conference, and also tied for first place. The four-game win streak and are hoping to keep that going.

by junior Gabriella Stohl, the Warriors began to chip away at the WJU lead. Westmont was able to cut the lead down to just two points with a score of 35-37 to end the first half.

As we headed into the second, the Warriors began to trade buckets back and forth with WJU. The score stayed within three points throughout the whole third quarter.

After a couple of free throws and a layup from sophomore Iyree Jarrett, they tied up the

game heading into the fourth. This is when the Warriors began to blow up. With a 3-pointer by senior Maud Ranger and a pair of free throws from Jarrett, the Warriors closed the game with a score of 74-66.

Jarrett reflects on how they were able to persevere through a close game by saying, “A lot of times, the fourth quarter is where we thrive. We’re a team that fights hard for the entire 40 minutes even when we’re down or when the game is close.”

Next up, the Warriors faced off against Menlo on Saturday. This game was nowhere near the close game the Warriors previously played.

After multiple players scorond, ing for the Warriors, they were able to jump out to a 25-12 lead to begin the game. Menlo was able to chip away at the lead in the first and brought the score to 36-24 to end the half.

The Warriors were able to find some offensive rhythm through a 3-pointer from junior Lauren Tsuneishi, and a layup from sophomore Stefania Berberabe, the Warriors extended their lead to 60-40 to head into the fourth.

The Warriors were not done yet, after multiple players scoring in the fourth, the Warriors found their stride and finished the game with a score of 81-53. Leading scorers of the game were Jarrett with 21 points, Ranger with 14, and Berberabe with 13.

Up next the Warriors play on Feb. 11 at 5:30 p.m. against Life Pacifc in Murchison Gymnasium. Come and support your Warriors!