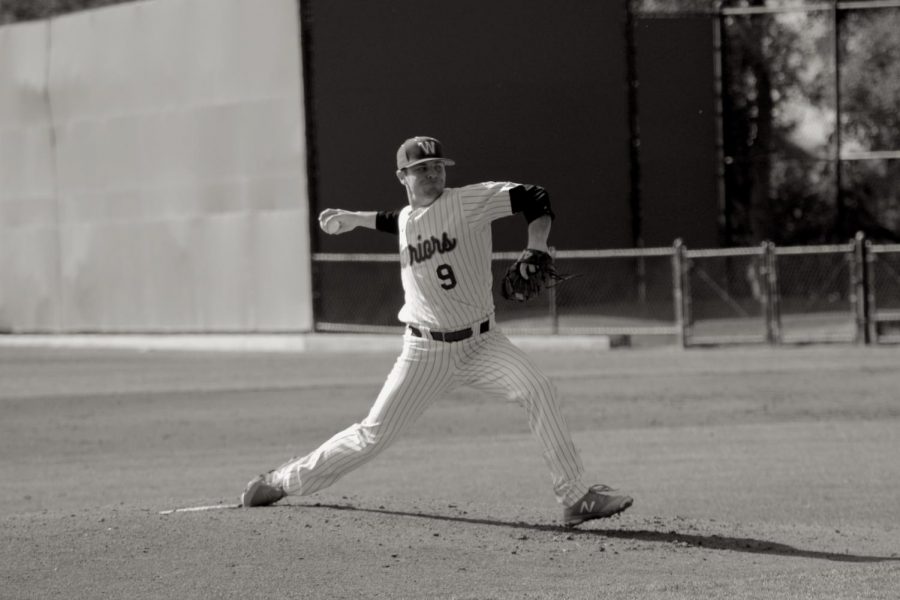 After a disappointing weekend in Arizona, dropping three of four games, the Warriors returned home for another four games. The Warriors were desperate to get back on track and play up to their No. 15 NAIA national ranking.

On Friday, senior left-hander Corey Dawson was the story of game one. With hurling eight shutout innings, while collecting a career high of 14 strikeouts, Dawson enabled this 5-0 victory, which included home runs from both Drew Bayard and Isaiah Leach.

In game two on Friday, the Warriors mustered their first bit of magic this season. While

down to their last out with the tying run on third, Devin Perez hit a chopper in the hole to the right of the first baseman. He had to wait for his pitcher to cover the bag, which led to a climactic footrace between the pitcher and Perez. This was ultimately won by Perez, allowing the Warriors to force extra innings at the buzzer.

In extras, with the potential winning run on first, freshman Brady Renck — who has

quickly solidified himself as the shortstop for the club — got to play hero. In his first of many memorable moments at Russ Carr, he shot a fyball just out of the reach of the left felder, allowing Bayard to scurry home with the game winner. The rest of the squad went into a frenzy.

On Saturday, the Warriors got a much less dramatic victory in the first half of a doubleheader, with a 13-1 victory. The win was led by Justin Sanders who threw six innings

of one run ball. Sanders has now allowed just one run in 13 innings this season.

The Warriors dropped the final game of the weekend, as the bats went quiet in an eventual 2-1 loss. Following the rough showing last weekend, taking three of four at home

was a big step in the right direction for the Warriors.

In regards to the weekend, Bayard said, “It felt really good to start playing more of

our brand of baseball … It was good to see the young guys contribute well, with SimonReid hitting his first college homerun and Brady coming up clutch with the walk of. Obviously we would have really liked to get that last game, but overall I was encouraged.”

The Warriors begin Golden State Athletic Conference (GSAC) play this upcoming weekend, with their sights set on their first trip to the NAIA World Series in program history.