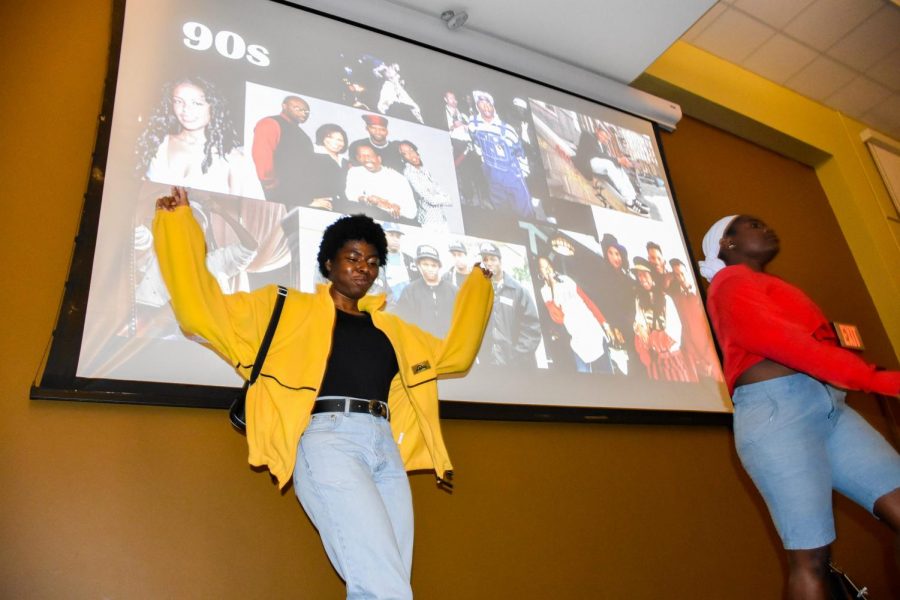 Friday, Feb. 7, in the Page MPR, Westmont students got the chance to attend a joy-filled event put on by the Black Student Union (BSU). The event was a fashion show called “Black Excellence.” In the show, the club mem- bers showcased the different fashions and music that have shaped culture around the world. There were multiple sections of the show incorpo- rating many cultures such as Nigeria, Rwanda, South Afri- ca, and the United States. BSU Club President Tori Davis ex- plained, “This is a showcase to highlight the diversity and beauty within black culture seen in the United States and around the world.”

In one of the first sections of the show, Luvuyo Magwa- za introduced South Africa. He humorously addressed the question people often ask him, “What do you guys wear in South Africa?” Responding with a smile, he said, “what you see us wear on a daily basis, that’s what we wear.”

After that, the presentation on South Africa started. Students walked the runway, sporting everything from the South African flag and other person- al twists to bucket hats. The crowd went wild.

Next, students modeled traditional Nigerian looks, including a garment called a wrapper, which was explained as something you would wear around the house with leg- gings. More formal attire was also worn, such as traditional church outfits.

A common theme throughout all presentations was dancing. When intro- ducing their parts, multiple students would emphasize the importance of dance in each of their cultures. There was dancing on stage along with the audience, and smiles everywhere.

In between runway walks, Miah Williams, junior, sang “River” by Leon Bridges. Following her performance was Odile Ndayishimye’s presentation on Rwanda. She opened this portion by saying, “The importance of music and fashion is demonstrated in our culture. In Rwanda, music is every- thing, and there is no music without dancing! It doesn’t have to be perfect, just as long as you are happy! And in terms of fashion, it doesn’t matter how it looks — yes, it’s good to look good, but what matters is how confi- dent you look wearing it.”

Next, Shakayla Manwar- ren-Fairley stepped on the runway to introduce the U.S. portion of the show, explain- ing that so many trends have come from African culture, and that “they connect the rich history of fashion to the church, dressed to the nines.” She frequently refer- enced pop culture, including Beyoncé’s album “Lemon- ade,” in which her hair and her outfits channeled tra- ditional looks that are still popular today. Many stu- dents walked the runway for this portion, including Will Warner, who rocked the catwalk, serving nothing but fresh looks. As students walked or danced down the runway, the crowd continued to be thrilled and filled with joy.

Wrapping it up, Jaclyn Smith shared some closing words, including a beauti- ful poem she “wrote with reconciliation in mind,” Smith said. “This is black,

it’s excellent, beautiful, and made in the image of God.” Through BSU, she has found “healing, and brothers and sisters for life. There is a place for every story, every experience.”