Sleep deprivation is a false symbol of hardwork

After a night of getting very little sleep, students often make jokes about their lack of sleep, but then the pattern of too-little sleep persists the next night. Although this may seem small, the comparison of hours soon turns into a competition that everyone is trying to win and at the end of it, the winner is the person who slept the least. Overcommitment is a problem that many students face as we desire to do as much as we can to set ourselves up the best for the future. But, the pressure to get ahead of others, work the hardest, and be at the top impacts students’ lives and the way they approach college life.

Freshman French horn player and biology major Caroline Field says, “Westmont is less competitive than my high school, but that also means the [existing] competition is more personal; specific people try to get ahead of others on their own instead of everyone working to reach goals together.” In this situation, the smaller class sizes and “everyone knows everyone” attitude doesn’t help to alleviate any pressure. It becomes difficult not to overcommit when you hear of all the opportunities of which the people around you seem to be taking advantage. What you do seems inadequate. The uncertainty in how much time each commitment will require does not make decisions any easier on students. Field echoes this sentiment when she shares, “It’s hard to make sure I don’t overcommit because there are so many opportunities and it’s hard to tell how much time things will take before commiting.” Once you commit, it becomes difficult to step down; backing out of commitments can be daunting for anyone, not just college students.

When it comes to sleep, freshman chemistry major Bailey Mueller explains the pressure to be “the best and be on top” leads to sacrificing sleep. Mueller explains that she thinks this culture and way of thinking may result from the fact that “so many people are coming from an academic background where they were at the top of their class and so it feels like a competition between everyone here to be at the top of their new class.” She says, “For me, this pressure results in getting less sleep but almost as if it’s just for the feeling of not getting sleep. [I]f you’re staying up super late to do work, you must be working harder and better than the people around you.”

When talking about a lack of sleep, track runner Evan Tsuei jokes, “ I shaved for the first time in three weeks because of my workload,” but then takes a more serious tone when he continues, “I’ve slept maybe six hours each night for the past two weeks.” Not shaving for a few weeks doesn’t have any lasting effects, but according to Dr. Paivi Polo-Kantola and Paula Alhola, sleep researchers and psychology professors at the University of Turku in Finland, even one night of sleep loss can negatively impact cognitive performance. So multiple weeks missing the recommended eight hours becomes a problem that we eventually turn to humour to cover up.

The poor sleep habits that Westmont students have and some even seem to strive for should force the whole community to take a look at the effects the competitive nature of the culture developed here. The constant “I’m tired” reality is one that needs to change. 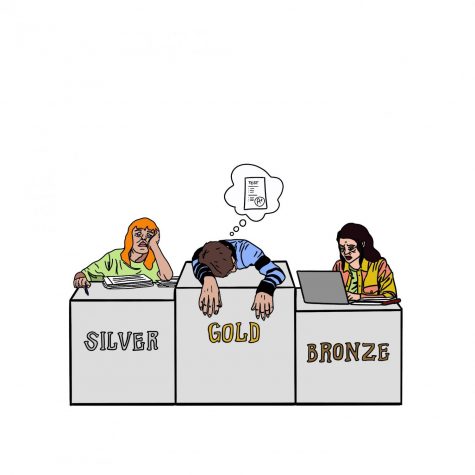