Track and field at the Gaucho round-up

Following a 5-3-2-1 point system, UC Santa Barbara’s men’s team won with 121.5 points, followed by Westmont with 56.5, and Pepperdine with 8. Sophomore Jared Harper placed second in both the 100m and 200m sprint as well as in long jump. Junior 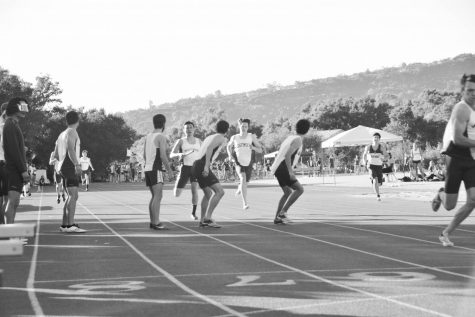 On the women’s side, UC Santa Barbara also won 136 points, with Westmont coming in second with 44 points, and Pepperdine in third place

sprint. Freshman Emily Green came in second in the 110m hurdles and the 4x400m relay team also finished in second.

Michaela Banyi (javelin), and junior Sydney Marr (hammer) all placed in second in their respective event.

championship in Brookings, South Dakota. Overall, it was a great learning experience for

the team in preparing them to compete in the Golden State Athletic Conference track and field championship in April.