Senior athlete Rachael Phillips has been deeply impacted by the premature end of the track and field season. Though her time on Westmont’s track and field team only began last year, she’s shared her hopes and goals for her last season.

“This season, I was focused on improving my personal records and just enjoying the process of practicing, competing, and being with the team,” says Phillips as she looks at the personal goals she had set for herself this season.

Rachael Phillips is a senior kinesiology major from Palm Desert. Despite her participation in track and field, she spends some of her free time dancing — specifically tap. She also works as a referee for soccer games.

Though her final season was cut short, she did not leave the team without love and good memories.

“I am really grateful for the team dinners we have had; they have been a great opportunity to spend more time with people on the team who aren’t in my training group. But I honestly have most enjoyed the time I have spent with my training group — whether it’s riding in Coach Brown’s truck to the hammer ring, driving to meets together, or making up crazy handshakes with Caleb.”

Phillips has a lot of love for the Westmont team and considers them a second family. Inspired by her friend Ellen Trapp, who is also a thrower on the team, the two approached Coach Smelley about putting Phillips on the team.

“I had never done track and field previously, so most of my time has been spent learning about the different throwing events.”

The past year has been a lot of learning with her team and training group. Even now, Phillips is navigating the complications that COVID-19 has had on her and the rest of the world.

“I think like all of the other students, and in particular the seniors, COVID-19 has been pretty disruptive of the ‘normal’ Westmont experience.”

Even with the seniors’ Westmont experience riddled with mudslides, fires, and evacuations, nothing could have prepared Westmont for COVID-19. Phillips says she is still figuring out how to finish her classes online.

Phillips’ hopes of the spring season continuing were crushed by the statement given by GSAC on March 16. However, Phillips says she is still finding ways to practice her throwing.

“I’m trying to remain active and continue with the progress I’ve made in my events as I finish this semester and look into the possibilities of throwing in grad school next year.” 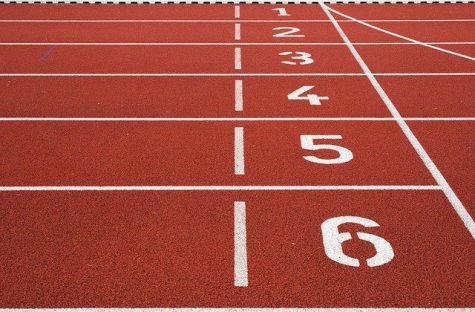