The COVID-19 pandemic has forced the Tokyo 2020 Olympics to be postponed. There was an announcement made on March 24, stating that the Olympics would be held next year, in 2021.

The President of the International Olympic Committee released a video announcement about his decision with the Japanese Prime Minister Abe to postpone the long-awaited athletic competition.

“We agreed to postpone the Olympics Tokyo 2020 to 2021, latest summer of 2021. This is good news, but there is a lot of uncertainty remaining — uncertainty for the entire humanity. We all are together in a very dark time and we do not know how long this is. We do not know what is happening tomorrow.”

But President Bach wanted to remind all of the athletes and viewers to think of the Olympics as a “flame to be a light at the end of the tunnel.”

He continues to promise everyone that the committee will work even harder, especially with the new circumstances that they are working with. The team must reorganize and replan the whole event without a blueprint to go off of.

However, this is not the first time that Tokyo has hosted the Olympics. Tokyo was awarded with the organization of the event in 1964. But even then, it was not their first time. The very first time that Tokyo had the opportunity to host the games was in 1940. This event was originally given to Japan but was ultimately handed down to Helsinki, the capital of Finland, due to Japan’s invasion of China. However, the Olympics of 1940 were ultimately cancelled in light of the Second World War.

This postponement is both a blow to the nation but a blooming opportunity as well, as this is a historical event, especially with the Olympics being held in an odd-numbered year. Already, the 2021 Olympics is one to go down in history books. However, there are financial challenges to this potential success.

According to the South China Morning Post,  Japan will have to spend “an additional US $4 billion, on top of the US $12.6 [Japan] was already planning on spending.”

However, there are ideas to turn the original 2020 merchandise into collector’s items. Whatever the decision the Organizing Committee makes, it will be a brand new Olympics for the whole world. 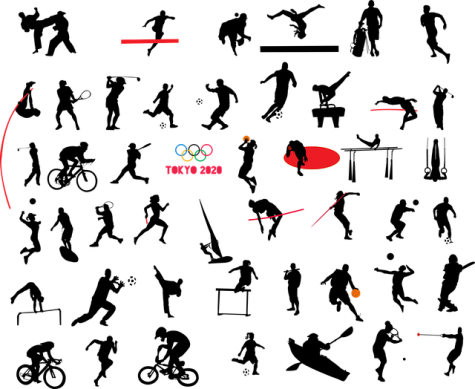