For the Dumpster Cats, the show must go on 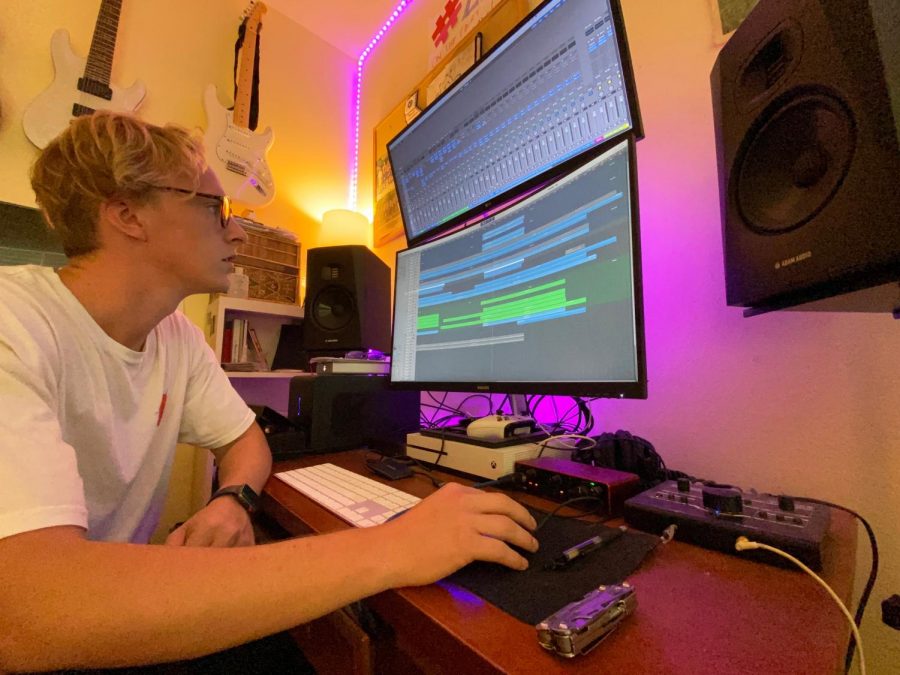 The Dumpster Cats are a Jazz band well-known to the Westmont community that creates original music by drawing inspiration from a wide variety of compositions. Horizon staff writer Patrick Otte sat down for a digital conversation with drums player and class of 2019 grad John Butler to talk about the band’s activity during the pandemic.

How have the Dumpster Cats been creative throughout the challenges and limitations of COVID-19? Have you done any virtual performances, or something of the like?

John Butler: Jay [Real] does a lot of our songwriting and arranging. Whenever we show up to rehearsal, there’s a new chart to play, which is really fun. In the early stages of the stay-at-home orders we did do a couple of virtual performances where we picked a song: me and Simon [Blondell] (Dumpster Cats’ saxophonist) wrote. I played the drum part to a click, and then I sent that to Tim Beccue who put bass on it. Then he sent it back to me. I added the Bass part to the drums, sent it to Jay. He did his thing, and then we sent it to Simon. It was like we were playing music together in different places.

It was a good opportunity for us to find out what we sounded like on a record, because we had never done that before. And just a fun way to play our music. And so we’ve done a couple of those [things].

Have there been any unexpected fruits during COVID-19? Has it been difficult to channel your creative energy?

John Butler: It’s kind of day-to-day, you know. Some days, you have a lot of creative energy, and some other days are dull. I try to make it a habit of practicing drums everyday. I do a lot of other instruments — I have my own studio set up at home. I will wake up, and I’m always listening to something. Different things I’m listening to will give me ideas of what I want to write. Sometimes I’ll have an idea and then I’ll sit down and it’ll just flow. Other days it won’t really click, and you’ll wait till the next day, or force yourself to make something even if it sucks. It’s really kind of day-to-day, where the inspiration and the creative energy come.

Do you plan to have any performances planned?

John Butler: As a band, we really don’t have any: it’s so hard to plan stuff right now. We have done a few pull-up concerts. We did one at De La Guerra Plaza, but we are really excited to play. Once everything gets back to normal, we want to play as much as we can. We’ll probably play at some functions around town, some restaurant venues. We did some of that before COVID. And people have reached out to us to play at house parties, even during right now.

John Butler: It depends on the crowd. If it’s people and our circles normally cross, then maybe. If it’s a person who’s going to invite a whole bunch of random people, we’re kinda sketch about that. Really we just want to play. Once we can play again, we’ll be playing as much as we can.

The band’s current lineup consists of drummer John Butler, saxophonist Simon Blondell, bassist Tim Beccue, and keyboard player Jay Real. As of now, the Dumpster Cats do not have any performance plans, but the band is ecstatic to play amongst large crowds when everything returns to normal.