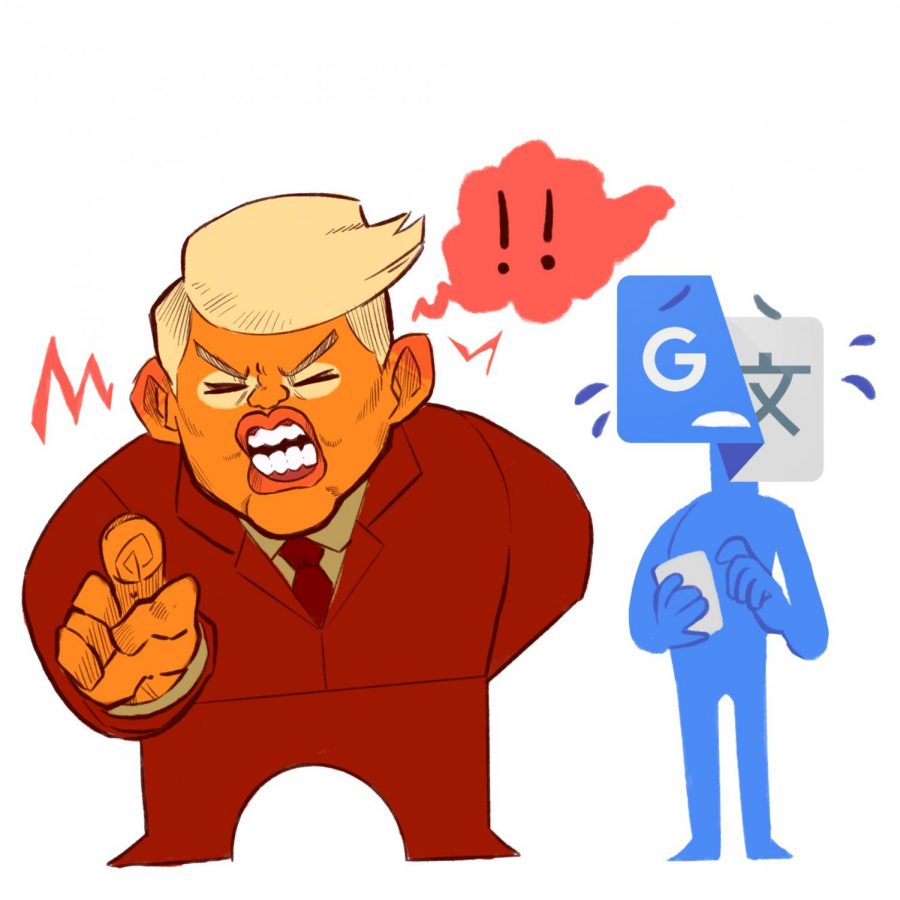 On Sept. 30, one day after the heated presidential debate, a series of video clips surfaced via Instagram of the President disavowing white supremacist groups. The caption said, “How many times does he have to say it?” Soundbites of President Trump condemning the support of KKK members and denouncing racially motivated hatred of any kind were played in an effort to overshadow his refusal to denounce white supremacy during the last debate. While it’s reassuring to see the president renounce such vile forms of hatred, the attitude of “how many times does he have to say it” takes away from the times that he did not.

All eyes were on President Trump when moderator Chris Wallace asked, “Are you willing, tonight, to condemn white supremacists and militia groups and to say that they need to stand down and not add to the violence in a number of these cities, as we saw in Kenosha and as we’ve seen in Portland? Are you prepared to specifically do that?” Wallace was direct in his inquiry. It was clear that he was giving President Trump the chance to clarify his stance in front of an audience that has heard his ambiguous past condemnations, most notably, in his remarks after the August, 2017 Unite the Right Rally in Charlottesville, SC.

In President Trump’s initial response to the events in Charlottesville, he said that there was “violence on many sides.” Criticism for President Trump’s vagueness came from both sides of the aisle, including Paul Ryan, who believed that President Trump’s statement “sounded like a moral equivocation or at the very least moral ambiguity when we need extreme moral clarity.” By drawing equivalency between white nationalists and counter-protesters, it appeared that President Trump sympathized with both. Trump’s sympathy was especially troubling because the most violent act exhibited at the rally was from James Alex Fields Jr, a self-identified white supremacist, who drove his truck through counter-protesters. His act of hatred resulted in the death of Heather Heyer, a woman known for her anti-racist activism.

After facing criticism from peers such as Lindsay Graham, John Kasich, Mitch McConnell, Mitch Romney, Ileana Ros-Lehtinen and Marco Rubio, in addition to the liberal media, one would expect President Trump to prepare himself against making this mistake again, but it appears that he did not.

President Trump’s response, when questioned about his relativism regarding the events at Charlottesville, was that he wished to enforce unity by condemning all kinds of violence and that he wanted all the facts before releasing a statement. Going into the debate, President Trump knew the fact that our nation is incredibly divided on racial issues. This was his opportunity to take the side of the peaceful protestors and he blew it. President Trump’s later comments on the voting process also appeared to incite his followers to take it upon themselves to ensure a “safe” election, in the sense of voter suppression through violent or intimidating tactics. This invitation to voter suppression cannot be taken lightly, for it is reminiscent of scare tactics on minorities to prevent them from voicing their opinions at the polls. Intimidation and fake ballot boxes are a step backwards for racial equality and a fall into the Jim Crow era. White nationalist groups like the Proud Boys have already shown interest in taking it upon themselves to enforce law and order. The President’s side is clear: he will continue to encourage his alt-right voters at the expense of the minority-heavy Democratic Party.

This moment was also an opportunity for President Trump to convince the audience that he was sincere in his desire for facts and unity following Charlottesville. His actions towards unity were especially needed because his Twitter commentary on the Black Lives Matter movement has not done so. A president that wants to unify would not tweet a video of the police pushing an elderly Catholic peace activist over, then claim that he could have been an antifa provocateur. Sacrificing clarity in the name of unity was also not apparent when the President retweeted isolated and out-of-context incidents of black-on-white violence from Twitter users known to push for white nationalism, amidst the middle of societal upheaval in June. Necessary rebuke of Kyle Rittenhouse, a 17-year-old vigilante who murdered two protestors in Kenosha, was not seen at the level needed for the safety of the American people. The excuse for his ambiguity after Charlottesville is just as weak as the excuses following the ambiguity after the recent presidential debate.