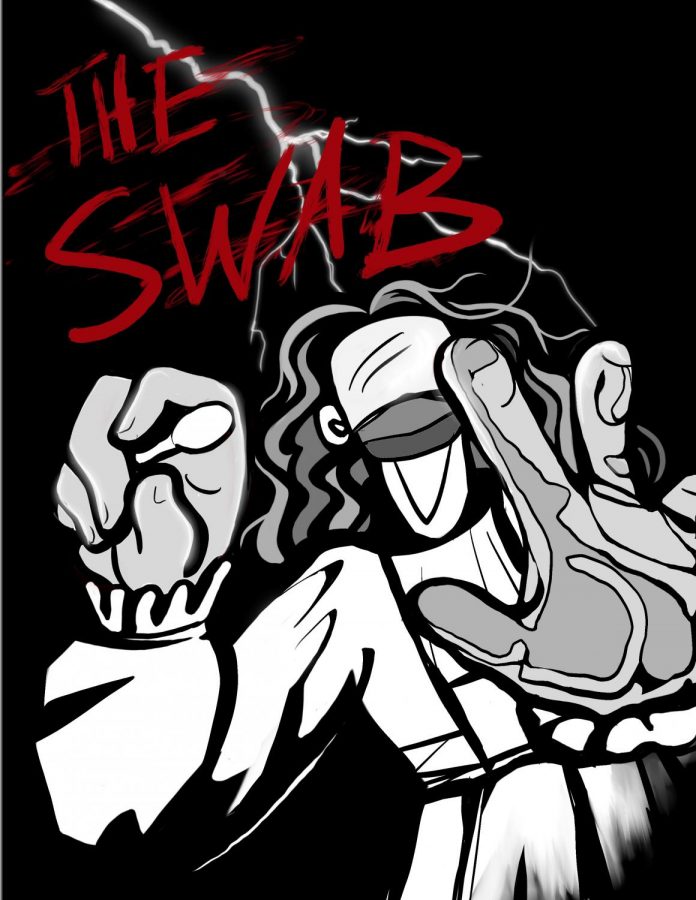 Beware—campus intruders are back with a vengance.

Faithful readers of the Capstone might recall the safety warning issued about certain individuals who broke onto campus with malicious intent during move-in week. While they were valiantly fought off, they have, unfortunately, returned.

For those who remain unaware, this particular group infiltrated campus during the confusion of move-in week and assaulted an unspeakable number of students with “cotton swabs” forced into their noses.

After a few weeks of respite, they have returned and seemingly learned from their mistakes. All this week, they have made it clear that they are no longer launching a campus-wide attack, but randomly targeting specific students to ensure greater success in their mission to swab as many students as possible.

The Capstone has been monitoring their behaviors and has made a few telling discoveries:

First, numerous eyewitnesses have spotted them near Murchison Gym. This area seems to be their chosen headquarters and must be avoided at all costs.

Second, they have improved their attack strategy, needing only to stab up one nostril to get their prize, effectively lessening the time needed to subjugate their victims.

Third, their goal has become much clearer: to get to the brain. Studies of their faux-surgical equipment by the accomplished scientists who work for the Capstone have revealed that this particular instrument, called the “cotton swab,” is perfect for reaching through the nostril to stab the brain. While it is still unclear why these people want the brains of Westmont students — it cannot be for the students’ intellectual prowess, as they could simply go to Biola for much better samples — their motivations cannot be good. They might simply seek to cause severe discomfort to students’ frontal lobes.

Students are advised to use any and all methods at their disposal in order to protect themselves and those around them from the intruders. Be safe, and make sure to get all updates on the situation from your most reliable news source: the Capstone.