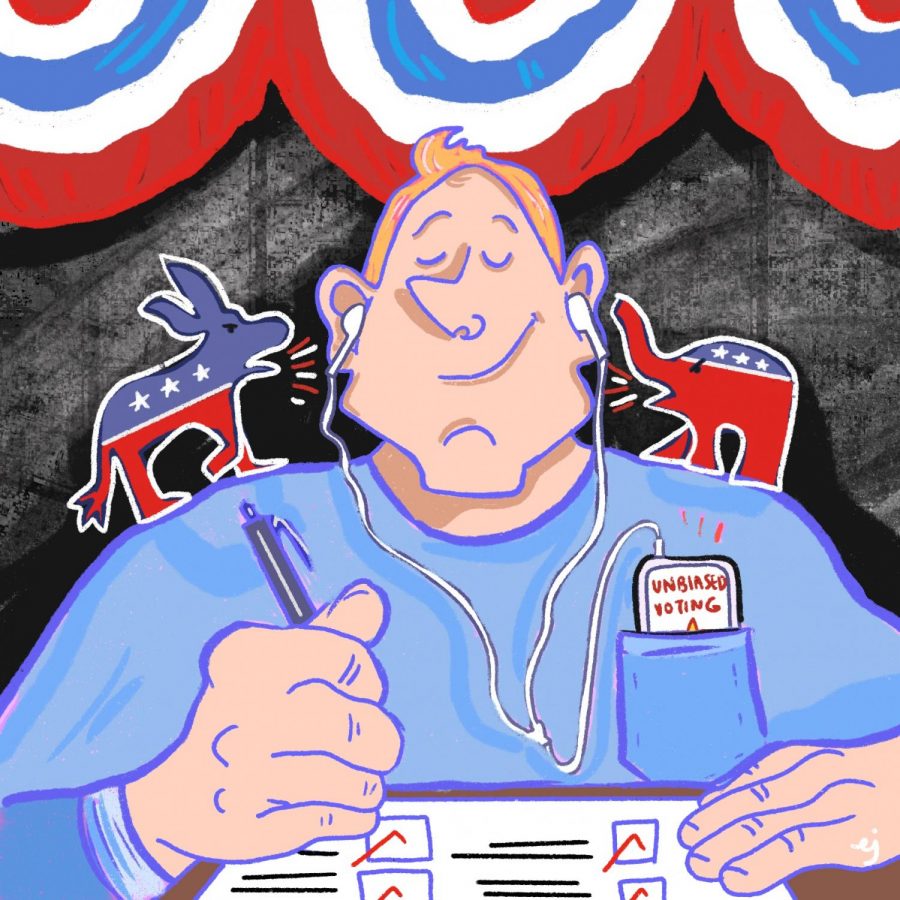 The intended purpose of the forum was to educate students on different political issues from a variety of perspectives. The debaters avoided mentioning candidate names or party affiliations so listeners could form their own opinions about policies without the influence of political partisanship.

The debate was split into three main parts. The first section discussed issues related to the economy, describing the differing positions on tax brackets, free college and healthcare. Junior Sharvin Panday explained that one party seeks to lower taxes overall and the other believes that the nation will benefit from an increase in taxation. Even with these differences in opinion, neither party has any detailed or official plans for taxes.

After discussing tax policies, junior Paige Johnson spoke briefly about free college. She highlighted the pros and cons of making higher education free for American citizens. Some benefits include giving any citizen the ability to pursue a career without acquiring debt and a boost in the country’s economy due to a more educated society. On the other hand, making college free has the potential to raise taxes and might even devalue a college degree.

Khoe, a junior, then discussed the issue of healthcare in the United States. He described the different plans in place for providing healthcare and how they affect students. For example, the Affordable Healthcare Act allows young adults to stay on their parents’ insurance plan until they are 26 years old.

In the next section, the commentators discussed foreign policy issues. First, Dr. Bryant touched on diplomacy. She stressed the importance of foreign policy in a world as globalized as our own, stating that the rapid spread of COVID-19 has only exacerbated this need. With fewer democracies around the world, along with increasing cyberthreats and a rise in power conflicts between countries, it is vital that we discern the most beneficial method of engagement for dealing with these issues.

After going over diplomacy, junior Michael Kong talked about the spread of misinformation on the internet and how to monitor it. Since social media is programmed to show individuals posts they agree with, often accompanied by fabricated stories, young people who get their news from social media sites are more subject to be misinformed. Following this, Jonathan Tejeda, a junior, talked briefly about international organizations, specifically the United Nations and the World Health Organization.

The final section of the forum focused on political processes. Ethan Hilliard, a first year, explained the controversy around the Electoral College and reminded listeners that the two political parties “want to get to the same place, they just have different ideas about getting there.” He emphasized the power of this message in a country that is becoming more and more polarized. Emily Washburn, a third year, followed this, providing listeners with a clearer understanding of Super PACs (Political Action Committees). Sophomore Ebun Kalejaiye closed the section by informing listeners about the 25th Amendment and its power to remove the president from office.

The debate concluded with commentary from fourth year Good about each of these issues, in which he reminded listeners to do their own research and remain properly informed.