“Bon Appétit” returns to Youtube after summer of racial reckoning

What happened at “Bon Appétit,” and where it’s headed now 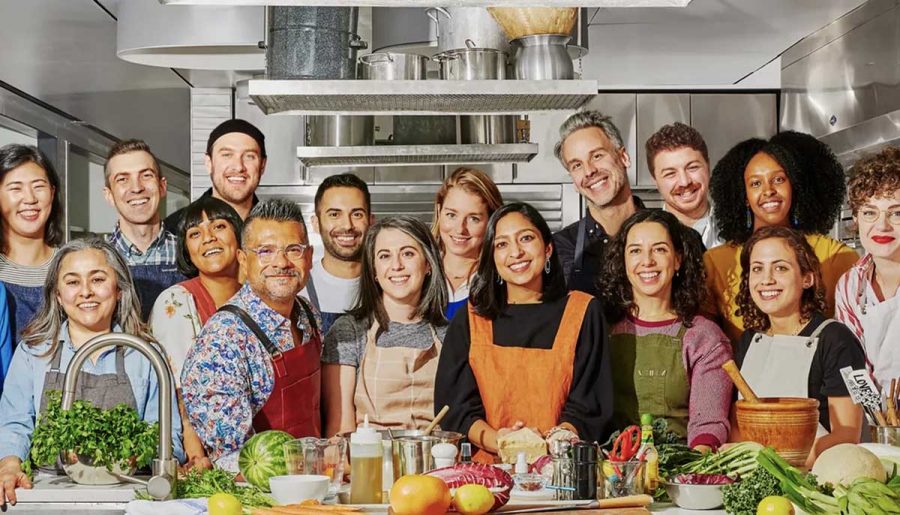 After months of contract negotiations with test kitchen stars, including Rick Martinez, Sohla El-Waylly, Priya Krishna and Gaby Melian, the beloved “Bon Appétit” has returned to Youtube.  The multimedia food journalism outlet has faced a summer of racial reckoning after an offensive photo of editor-in-chief Adam Rapoport resurfaced, sparking an investigation into the treatment and compensation of employees of color within the show and its parent company, Condé Nast.

Despite its turmoil, “Bon Appétit’s” future looks promising. Dawn Davis was named editor-in-chief, making her one of Condé Nast’s first black top editors. Davis, a Stanford graduate, home cook and vice president of publishing company Simon and Schuster, has a history of centralizing marginalized voices through her publishing imprint 37 Ink.

In an interview with The New York Times, Davis explained her plans to explore how food is “connected to issues of equity, issues of the environment, [and] issues of family.”

The new chefs represent a range of cultural and culinary experiences and will work to “[build] a really inclusive place, where everybody can find stories that resonate with them and also learn something new,” as new executive editor Sonia Chopra told Variety.

The video was followed by uploads in “Bon Appétit’s” “From the Home Kitchen” series, a riff on their pre-COVID-19 “From the Test Kitchen.” The videos included both familiar and new faces, including Chrissy Tracey, who seeks to redefine preconceptions of vegan cuisine, and Devonn Francis, whose cooking melds the tropical flavors of his native Jamaica with his passion for holistic wellness.

While many fans will lament the loss of their favorite “Bon Appétit” chefs, the new changes present a hopeful outlook for a show that represents the vastness of the American food experience.