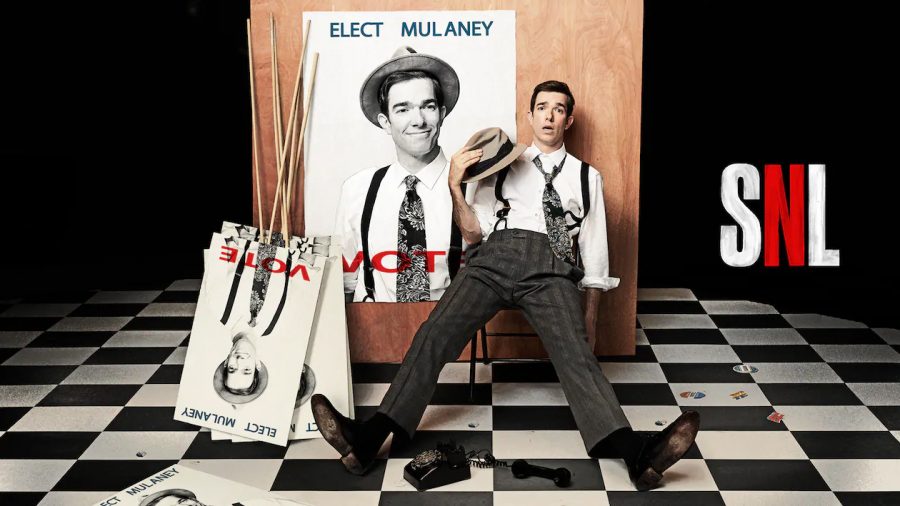 John Mulaney is a well-known comedian who has performed stand-up comedy since 2005. His specials on Netflix are extremely popular and his SNL hosting is no rarity, with the most recent one marking his fourth time hosting the show. He has even been featured and acted in shows and movies like “The Simpsons” and “Spiderman: Into the Spiderverse.”

Mulaney hosted SNL this weekend on Halloween, entertaining millions of people who were stuck inside this year due to the pandemic. His skits, “Another Uncle Meme,” “Headless Horseman,” “New York Musical” and his stand-up monologue, were highlights of an excellent episode.

Students on campus describe John Mulaney as “a comedian with a distinct kind of humor that really sets him apart” and “hilarious.” The night began with a monologue talking about the life of a New Yorker and the recent election. It also took some jabs at the governor of New York, Andrew Cuomo, who apparently shares a lot of personal information in his daily press conferences.

Mulaney went on to describe the United States’ election as an elderly man contest and rambled on about his 94-year-old grandmother who should not be able to vote. Mulaney’s hallmark inclusion of oddly specific personal stories about his encounters with random strangers did well to maintain the humor over the nine-minute monologue.

John Mulaney also continued his series on “An Uncle Meme” with “Another Uncle Meme.” Much like the last skit, John Mulaney played Uncle Brenner, an awkward but well-meaning older man, while Pete Davidson played his nephew, who makes memes from his uncle’s pictures on a dating website. Some fans on campus felt like this skit was not as funny as his usual ones, saying, “Honestly, the funniest part was when they missed the high fives.” Freshman Hope Caldwell said, “The writers seem out of touch since memes aren’t necessarily words on a picture anymore.”

It would not be a John Mulaney-hosted Saturday Night Live if there was no musical sketch, and this time was no exception. The “New York Musical” included impersonators, parodies, the effects of the coronavirus on the tourist industry, and a pair of unwashed briefs. Mulaney ended the skit with a metaphor comparing the briefs to the same hope-filled sentiment Lady Liberty represents.

Overall, this week’s Saturday Night Live certainly had a Mulaney twist. Although some students on campus felt like it seemed underwhelming, there were still some who truly enjoyed the show.  The skits were infused with many innuendos and hilarious punch-lines, which can be viewed on the SNL Youtube channel. As John Mulaney would say, “Don’t forget to pick your favorite elderly man this election week.”