The legacy of Sir Sean Connery 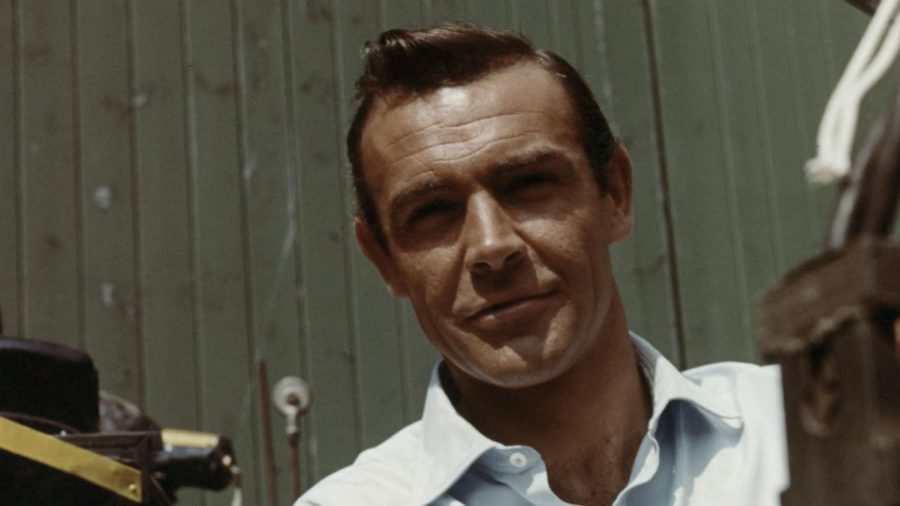 Connery as James Bond in "Dr. No"

Sir Sean Connery has passed away at the age of 90, but in his wake, the legendary Scottish actor leaves a remarkable legacy.

Unlike some movie stars, becoming an actor was not Connery’s childhood dream. After humble beginnings in Fountainbridge, Scotland, Connery joined the Royal Navy. After a few years of service, he took up bodybuilding and was content in his new-found sport until a casting director came to one of the competitions and offered him a background role.

From that point on, the young Connery honed his acting craft, moving from background roles in local theatre to starring roles in BBC productions. As his trademark sharp-edged attitude trickled into his performances, Hollywood producers Harry Saltzman and Albert Broccoli saw the rising star and made him a career-changing offer: James Bond. Connery threw on his suit, took the keys to the trademark Aston Martin, and got to work.

Little did Saltzman and Broccoli know when they obtained the rights to the Bond character that a global icon was in the making. Their first 007 film, “Dr. No,” is a 60’s thrill ride that still excites today. While the seminal Bond film contains a number of electric set pieces, it’s Connery’s Bond that balances the film’s campier elements with deathly intense espionage.

Naturally, “Dr. No” led to more movies starring the titular spy, but that first film remains a unique victory in Connery’s career as his first big break. From the poker table to the brutal gunfights, Connery’s Bond exudes confidence and swagger. In some moments, he even looks a little bored. Throughout his seven Bond films, the fantastical operations of an international super spy are made casual because, for Connery’s Bond, it’s all in a day’s work.

After his secret agent days, Connery infused more roles with his steely-eyed suave. Roles in “Murder on the Orient Express” and “The Man Who Would be King” continued his blockbuster presence, which culminated in an Oscar win for his work in “The Untouchables.” However, the question remained: which “James Bond” traits could Connery carry into new performances while picking roles better suited for his age?

He honed in on his brooding intensity as Russian submarine captain Marko Raimus in 1990’s Tom Clancy thriller “The Hunt for Red October.” He tried to reclaim his status as a ladies’ man in the 1996 thriller “Entrapment,” leading to a bizarre romance with Catherine Zeta-Jones — it’s a 40-year age difference. Seven years later, dissatisfaction with the creative minds behind 2003’s “The League of Extraordinary Gentlemen” led to Connery’s retirement from acting altogether. All the while, Bond films starring Roger Moore, Timothy Dalton and Pierce Brosnan played in the periphery of Connery’s original stardom.

Aside from Bond, it’s Connery’s role as Henry Jones Sr. in 1986’s “Indiana Jones and the Last Crusade” that stands out most to modern audiences. It’s one of the few roles where Connery swapped suave for naivete, intensity for laughs, and flirting for fatherly advice. He doesn’t try to steal the spotlight from Harrison Ford’s gruff, dry-witted Indy. Instead, he positions himself as a bumbling, yet brilliant dad with a wide-eyed love for history that puts a new spin on his trademark “James Bond” charm. Connery’s earnestness lends a lightheartedness to “The Last Crusade” that was sorely missing after 1980’s infamous “Indiana Jones and the Temple of Doom,” the film that created the PG-13 rating. His inclusion deepens the titular character, too, infusing the film with a soulful maturity.

While he sometimes shifted from his debonair persona to take on more grim or regal roles, Connery always maintained a uniquely electric demeanor. Whether confronting the gold-covered woman in “Goldfinger,” barking orders in “The Hunt for Red October,” or staring down the Grail Knight in “The Last Crusade,” Sir Sean Connery gave his films gravitas and charm — crafting himself as a tangible hero in the world of film.