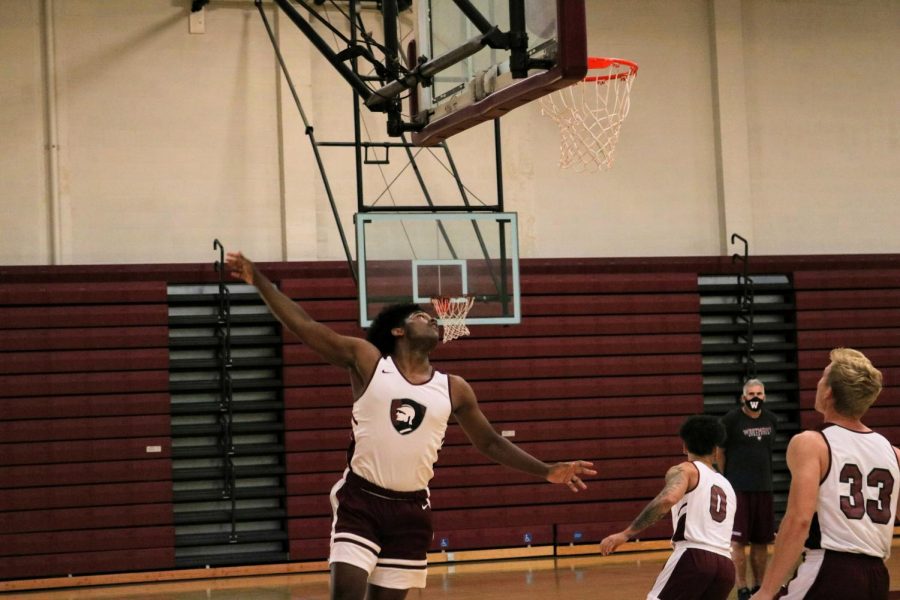 The Westmont Men's Basketball Team has been practicing hard in preparation for their first game.

When COVID-19 first hit, winter sports were in the middle of their seasons and most were on the brink of starting playoffs. Due to classes being put online and seasons cancelling, the NAIA decided to cancel playoffs altogether.

Men’s basketball was one of the affected teams. Now, after 257 days of waiting to play again, they finally had a chance to take on St. Katherine’s at a home game on Nov. 14. Many precautions were taken and protocols were followed prior to the game: the players and the coaching staff were tested multiple times and were closely monitored for any symptoms leading up to the game.

Unfortunately, after weeks of trying to stay safe, a player on the St. Katherine team tested positive for COVID-19, effectively postponing the game.

Although this was a let-down for players on both of the teams, there were some positive takes on the cancellation.

“I think our team has handled the cancellation of the game tremendously well,” Westmont’s Head Coach Landon Boucher said. “We understand this will be how the entire season will go.”

There is currently no concrete, set season in the Golden State Athletic Conference (GSAC). This is because of the various COVID-19 protocols each participating school has in place, especially considering how many states are represented in the conference. These complications can pose some problems for the schools traveling for their games.

As of now, the men’s basketball team only has three games scheduled for the season. There are many games in the works, but looking far in advance is hard to do due to the unpredictability of this virus, especially now that Santa Barbara is back in the purple tier.

Sophomore player Solomon Davis voiced his opinion on the matter.

“We were excited to play and that cancellation was unfortunate. However, it did not shift our focus during practices, if anything, we have been practicing harder and with more excitement in preparation for our first game.”

Being flexible and adaptable is how this team is going to get through this season. A lot of uncertainty surrounds the rest of the season as cases rise and traveling becomes more difficult. If the Westmont community and other college communities can stay safe during these next few months, games will happen and players will get a chance to play again.

The next scheduled game for the Warriors is Nov. 25, an exhibition match against Cal State University Northridge.