Director of Institutional Resilience Jason Tavarez describes how he helped protect Westmont from COVID-19, and his plan for continued success. 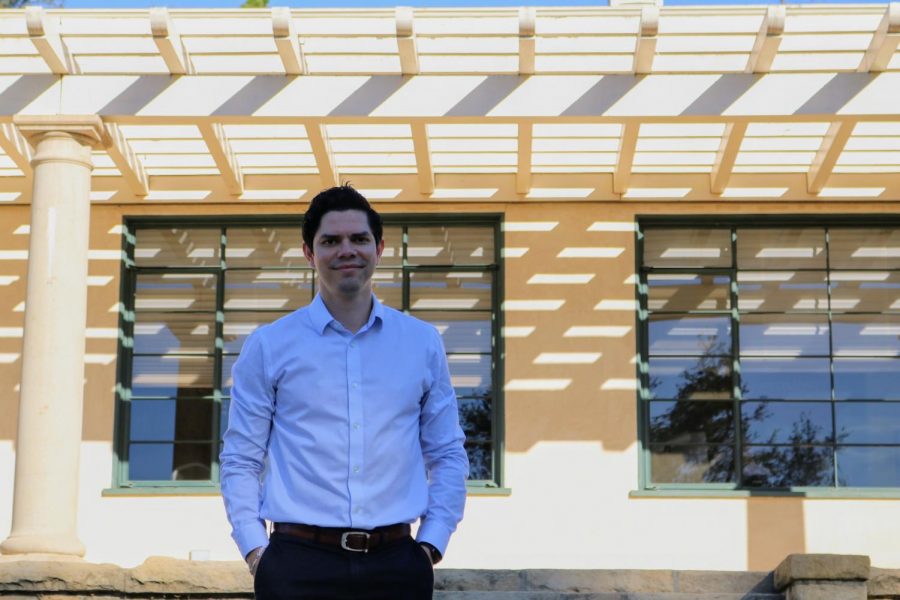 Jason Tavarez is the person behind Westmont’s successful COVID-19 response. Since the initial return to campus and up to Thanksgiving break, Westmont has only had six total positive COVID-19 cases. This number is unexpected for a college that has returned to full residential capacity.

Tavarez’s official title is “Director of Institutional Resilience.” According to Tavarez, ‘institutional resilience’ is “the new buzzword for risk and emergency management.” The job entails planning to ensure that the school is prepared for anything, especially worst-case scenarios. He wants to make sure “the college is resilient to whatever God, nature and whatever else will be thrown at it.”

Tavarez’s career has prepared him to take on the ambitious role. He graduated from the University of Texas at Austin before getting a law degree at the University of La Verne. Tavarez’s law background served him well as he moved into the career of risk management. “I liked the [law school] education, but didn’t want to be a traditional lawyer.” Using his degree, he originally worked with a contracts coordinator at Azusa Pacific University, eventually becoming the university’s risk manager.

Tavarez’s time at Westmont started when he got in touch with his Westmont predecessor, Troy Harris. “[Harris] was the gold standard for higher-education risk management. He was always willing to answer the most insane and silly questions I had for him.” While Harris’ retirement was delayed due to the Thomas fires, Harris and Tavarez stayed in touch. This relationship led to Harris suggesting that Tavarez apply for the position. In February of 2020, Tavarez was officially named Director of Institutional Resilience.

In his new position amidst the COVID-19 pandemic, Tavarez has worked to not only keep students safe, but to expand his own comfort level when it comes to preparedness. Tavarez commented that he had to expand his risk tolerance because “Westmont is a place that likes to take risks, and I mean that as a good thing. We’re always trying to push the envelope forward. And my goal in the initial part of this is to not ruin the legacy that a really good man [Troy Harris] created and to hopefully propel it forward as I make it more and more my own.” He also credits his smooth transition to Westmont students, describing them as “an interesting combination of respectful and kind and forward-thinking, but also individuated and capable.”

Tavarez reflected that one of the best parts of his job is having a seat at the table. “Sometimes, I still feel like a kid; I’m in my mid-thirties and have a wife and kids and a mortgage and all those kinds of things. It is nice to be reminded that I have some expertise to offer and a capacity to hopefully help bring about positive change or effectuate decisions that need to be made or well-thought out.”

Tavarez also explained the worst part of his job. “I hate COVID so much, I hate it on a multitude of levels.” He went on to emphasize how much COVID-19 has taken away from Westmont students, especially for freshmen, seniors and recently graduated seniors. “It has really tempered what the Westmont experience could have been for you.”
When it came to preparing for COVID-19 over the summer and the return of students to the college, Tavarez’s thoughts boiled down to one word: “Trepidation.” He recalls first thinking, “I don’t know how we’re going to do this — it’s going to take an incredible institutional will to bring students back and to do so as safely as possible. [But] being in the room with Dr. Beebe helps a ton because he is a preternaturally positive guy and he has that can-do, ‘we got this’ kind of attitude that has come to define Westmont as a whole.”

His biggest concern was how to bring students back safely. As a risk manager, he wanted to make sure the risks made were smart, calculated and appropriate. The most appropriate way to do that was through testing. After that, Tavarez had to figure out contact tracing. Eventually, with testing, contact tracing and other measures thought out, Tavarez “felt like we had a chance … My goal was to make it to Thanksgiving break; [I’ve] been very pleased with the outcome.”

By talking to many public health experts and casting a wide net, Tavarez’s plan came into fruition. By establishing a baseline test, Westmont began creating a bubble that could have its cracks filled as problems materialized. “We haven’t caught any students in our sample population testing that have been COVID positive.” For those who did test positive in the sample population, “we were able to contact trace and put a net around it pretty quickly.”

As for the symptom tracker, Tavarez had this to say: “We have had over 1000 unique users on the symptom tracker just for students, plus additional 200 student athletes who have their own system … As we’ve gone through the semester, people have gotten less robust with their usage. We’re still getting around 80% compliance on it, well over 750-800 unique users — not including athletes — a week. On the daily, we have to do a better job, but I think more students are using it than I was hoping.”

2020 has been a challenge for Tavarez in his new job. When looking towards 2021, he admitted, “I don’t want to be too naïve, but it can’t get any worse, I feel like. I think it’ll be a better year. I’m excited that the vaccines are getting such good results, but there are still some of the trials to be completed.” He knows his job will continue as the COVID-19 pandemic rages through the country. Tavarez ended by saying, “Overall, I’m optimistic that 2021 will be better, but it’s still going to be a tough year until we really understand how to get our arms around COVID.” Westmont students and people around the world can only hope as well that we get our arms around COVID-19 sooner rather than later.