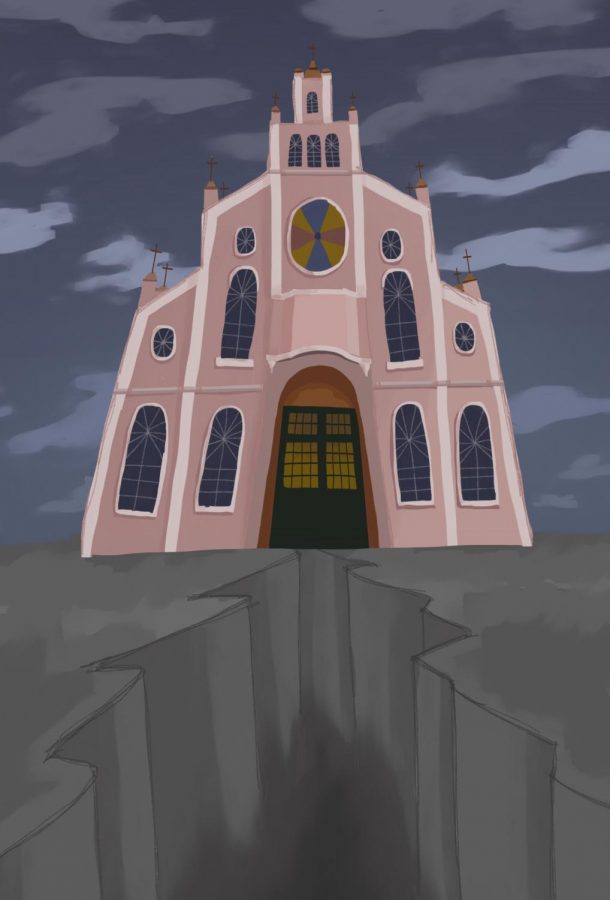 The 2020 election left our politically fractured nation even more deeply divided. President-elect Joe Biden’s close margin of victory testified to the immense political polarization that is splitting the country in two. The United States desperately needs healing and unity during the coming months as we move forward after a tumultuous election season overflowing with partisan attacks, polarizing ideological slogans, and numerous accusations.

The Church has a significant role to play in promoting national unity and mitigating America’s rancorous partisan divide during this period of increased tension. Christians on Westmont’s campus and elsewhere have a unique opportunity to demonstrate unity to a culture rampant with bitter resentment and polarization by holding party loyalties and political ideologies to a higher standard, willingly admitting where they fall short, and acknowledging  their limitations. As Christians, our identity and hope of salvation do not reside with partisan ideologies. The Church has a responsibility to recognize the flaws and failures of both parties and to place its ultimate hope in Christ.

The gospel of Jesus Christ does not fully espouse any flawed, human political platform or ideology; rather, it demands consistency in accordance with a radical biblical ethic, and clearly challenges many accepted partisan positions.The gospel is offensive. The gospel challenges both sides of the partisan divide. American Christians must heed Paul’s reminder to the Romans: “Do not conform to the pattern of this world, but be transformed by the renewing of your mind” (Romans 12:2). The church’s call to nonconformity transcends any commitment to party loyalty and inevitably places Christians at odds with positions heralded by both sides of the aisle.

The Church’s call to unity and nonconformity demands a consistent commitment to biblical ethics, even when it challenges partisan ideologies. The Christian commitment to upholding the image of God in others requires a commitment to the sanctity of life and a concern for the welfare of the marginalized and oppressed. Scripture mandates a concern for the poor, the outcast, the immigrant and the orphan, yet our concern for the vulnerable must include the unborn. Further, Scripture requires that the Church affirms a biblical sexual ethic and eschews the moral relativism that has become increasingly accepted on the left. However, this concern with biblical morality must also encompass wider social issues regarding justice for the oppressed. A concern with biblical moral standards and a rejection of moral relativism demands that Christians take an active interest in pursuing racial justice. Instead of co-opting biblical evidence to support political agendas, Christians must place their partisan ideologies under the judgment of Scripture and allow it to question partisan commitments.

This call to unite behind a higher standard does not prohibit a Christian from engaging in party politics or adopting any political platform. The Church acts within a broken world and therefore cannot refrain from entering the political arena where many engage in a fruitless quest for the perfect politician or platform. However, this higher call should instill in Christians a certain amount of skepticism and caution and a willingness to eschew party lines when they hinder our higher calling.

The Church has a responsibility to identify the shortcomings of political parties or ideologies and demonstrate unity by living out a greater allegiance to the King of Kings. Christians on Westmont’s campus and elsewhere should engage with the current political climate with a willingness to hold both sides accountable. The “And Campaign,” for example seeks to promote faithful civic engagement and encourages Christians to challenge the dominant party narratives when necessary by advocating for both “compassion and conviction” and for both “justice and moral order.” Our culture desperately needs more Christians dedicated to confronting the current division by uniting behind a radical biblical standard, unafraid to challenge both sides of the political spectrum. Only then can we successfully pursue healing and unity in a starkly divided, post-election society.