Art according to your enneagram 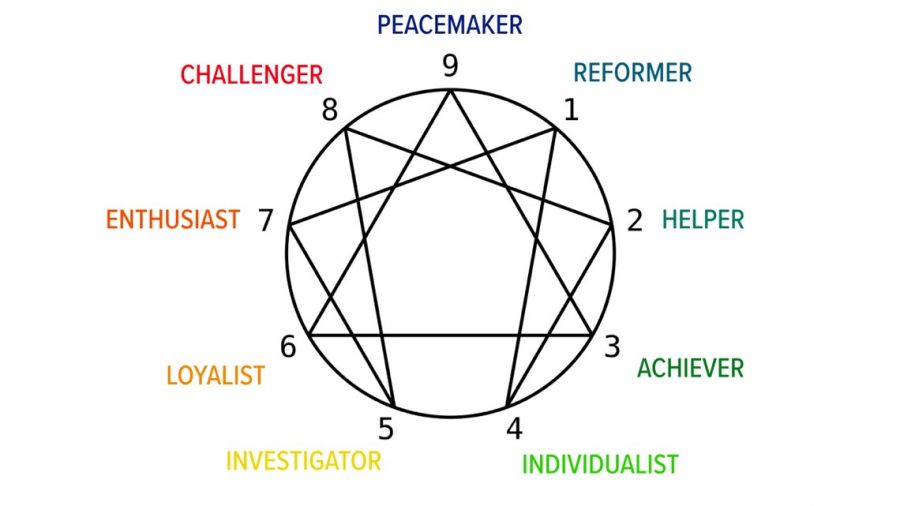 Ah, the enneagram.
The personality charting system that seeks to help individuals identify with a number that describes their very soul, with often impeccably accurate results. Of course, the enneagram is no end-all be-all solution to perfectly capturing the infinite range of the human psyche, nor is it trying to, but it can be a fun and helpful tool to learn more about ourselves and our interests.

One of my own personal favorite features that the enneagram provides is the ability to find recommendations in art and entertainment specifically tuned towards my own type. I can’t tell you how many artists and pieces of art I’ve enjoyed in greater depth thanks to experiencing them through the lens of the enneagram.

Therefore, I’d like to provide you, dear readers, with some recommendations for your own type in hopes that you too may enjoy that same pleasure I partake in.

This is part one of a three-part series, wherein each part will feature three types with their own specific recommendations. For part one, we will cover types one, two, and three, so if your specific type is not covered in this article, feel free to come back in the weeks to come.
Type 1: The Reformer
Described by the Enneagram Institute as being “principled” and “perfectionist,” “ones are conscientious and ethical, with a strong sense of right and wrong.”

I’ve got a hunch that you ones out there might enjoy the precise instrumentation and perfect harmonies of classical music, the glam of pop-rock, and the particular sensations of the K-Pop movement:

1. “Moonlight Sonata” by Beethoven – a dark, but beautiful piece of music that is so perfectly paced and written that any one will appreciate and enjoy this sonic journey.

3. “CALL ME BABY” by Exo – a piece of K-Pop so bright and enjoyable that ones won’t be able to stop themselves from bouncing along to the perfectly synchronized beat.

If you want to pursue your perfectionism and strong moral leanings on the silver screen, here are a couple of film recommendations:

1. The Lord of the Rings – a fantastical epic about good triumphing over the vile forces of evil, filled with plenty of precise metaphors and allegories that all ones will be able to pick up on and appreciate.

2. Snowden – the real life story of Edward Snowden’s documentation of the NSA’s surveillance on the American public, filled to the brim with the ethical dilemmas and moral decision making that ones find so central to their personality.

3. The Trial of the Chicago 7 – director Aaron Sorkin’s recounting of the infamous 1969 trials of seven men defying and protesting against America’s involvement in the Vietnam War because of their own moral conscience, which any one can surely resonate with. Read the Horizon’s review here!
Type 2: The Helper​
Twos. The rest of the world loves you. We always appreciate how much you desire to help others, and as the Enneagram Institute states, “twos are empathetic, sincere, and warm-hearted.”

Here’s some musical recommendations as a small token of appreciation for all the help you offer others:

1. “Beloved” by Mumford and Sons- a song about the incredible impact that twos can have on those around them, delivered in classic Mumford folk-rock style.

2. “You Taste Like Wine” by the Collection – a beautiful track that perfectly describes the joy that the twos emit, filled to the brim with warmhearted instrumentation that will put a grin on the face of any two.

3. “Golden Slumbers/Carry that Weight/The End” by the Beatles – the emotional finale to “Abbey Road,” and a stark portrait of the hopeful optimism twos inspire in others, which also features some great guitar solos and a one-of-a-kind Ringo Starr drum solo.

Here are some great recommendations for a two-imbued movie night:

1. About Time – a wonderful and engaging story about time travel and the boundary shattering love twos are capable of, and is plenty capable of jerking tears and laughs alike from any two who sympathizes with the romantic plight of the film.

2. School of Rock – Jack Black’s wonderful story of a fake substitute teacher who teaches his clearly talented but conditionally suppressed class to realize their musical abilities and rock out all the while.

3. Toy Story 2 – Pixar’s infamous animated film about a group of toys banding together to rescue their friends no matter the cost to themselves, how much more two can this film get?
Type 3: The Achiever
As the name suggests, threes are hyper focused on their own personal goals and motivations, being “self-assured, attractive, and charming” according to our good friend the Enneagram Institute.

Threes, I look upon you all with envy for your ability to push past procrastination and succeed by your own metrics especially in this temptation-ridden time of quarantine. How you do it, I’ll never understand.

Here are some tunes to celebrate your successes and motivate your next endeavor:

1. “You’re the Best” by Joe “Bean” Esposito – so, so cheesy, I know, but this heart pumping personal anthem of motivation is sure to score your next inevitable personal triumph, itself coming straight out of the “Karate-Kid” soundtrack.

2. “Vienna” by Billy Joel – just because you can achieve so much doesn’t mean you don’t also have limits, threes, so take Joel’s advice that sometimes the best you can do is just “slow down.”

3. “Don’t Stop Me Now” by Queen – Freddie Mercury’s absolutely animated vocal lines delivers unending streams of joy and self-celebration, perfect for any three on a streak of success.

I hope you enjoy these films laced with the motivational success stories that threes know all-too-well:

1. Emma – the most recent adaptation of Jane Austen’s infamous novel, in which Anna Taylor-Joy’s performance exudes a success-driven attitude common in most threes.

2. The Wolf of Wall-Street – the true-life story of one man’s quest to fight tooth and nail to reach the heights of success in the American economy, no matter the legal boundaries – which ultimately makes this film the story of an unhealthy three.

3. The Big Short – another story set in the dangerous boundaries of Wall Street, any three will appreciate this film’s cast of characters’ discovery of the impending 2008’s recession, and their ability to successfully use their knowledge to their own advantage.

And that will do it for part one of our three-part enneagram series. I look forward to seeing you all again next week for part two!