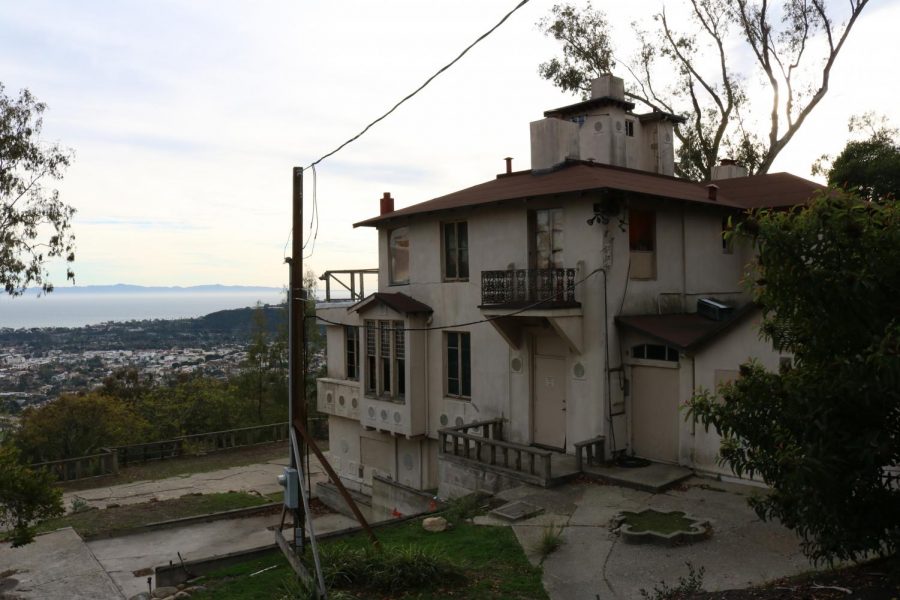 The Franceschi House, located at Franceschi Park, was slated for deconstruction in 2018 after the Santa Barbara City Council voted to replace the house with an interpretive pavilion. Almost three years later, the house still stands.

“[The deconstruction project] has been delayed due to staffing limitations and the coronavirus pandemic,” said Jill Zachary, the Santa Barbara Parks and Recreation Director. “We anticipate starting the design work in April.”

According to the Pacific Horticulture Society, Dr. Francesco Franceschi was an Italian horticulturist who moved his family to Santa Barbara at the turn of the 20th century, buying forty acres and building a house he named “Montasario.” Franceschi, who owned a nursery on lower State Street, envisioned turning the property into a botanical garden, once imploring the city to call it the Santa Barbara Arboretum.

After Franceschi’s death, the house was sold to Alan Freeman, who added many of the unique features that distinguish the house today. On the exterior, he added medallions depicting historical events, philosophers, philanthropists and revolutionaries. Installed in the newly paved driveway was a statue of a child holding up a quote from the Book of Isaiah. In 1931, Freeman donated the house and the surrounding property to the city.

The house received little maintenance during a series of tenants that led up to 1993. Restoration was pursued as early as 1971, however, the city also considered demolition in 1971 and 1988. The Pearl Chase Society agreed to join the city in beginning a restoration project in 2001, but this was mutually abandoned by 2015.

By 2018, the city had considered three main options. The first was a total restoration of the house, including the interior and foundation. Part of this plan included designating the house as a commercial space, so the public could rent the house for events. This proposal was deemed too expensive and appraised at over $6.7 million, not to mention projected yearly costs of $281,000. The expected revenue from public use was approximately $12,000.

The second option was a stabilization of the interior and restoration of the exterior. The interior would only be accessed for maintenance. This project was appraised at $3.1 million, with a projected annual maintenance cost of $132,000. The Pearl Chase Society wanted to explore this option, but ultimately decided raising that amount of money, for the project was not possible.

The third option was to deconstruct the Franceschi House, and replace it with an interpretive pavilion. Integrating historically significant elements of the house, the pavilion would cost approximately $3.45 million, with annual maintenance costs of $140,000. Though slightly more expensive than the second option, these costs could be offset by the auction of some house elements that are not as integral to the property’s legacy.

This third option was endorsed by the Pearl Chase Society, the Riviera Association, and the Parks and Recreation Commision. Part of the appeal was a more accessible experience for the Santa Barbara community, especially compared to the other options.

Despite the presence of a caretaker residence on park property, Zachary said, “There are no full-time staff assigned to the park.” The developed area of the park, including picnic tables and a restroom, are regularly maintained, but the greater part of the property is under minimal maintenance.

No access is allowed inside the house due to unsafe conditions, but it is nonetheless an oddly meditative experience to look at forgotten faces on the weathering walls.

Franceschi Park is located on 1510 Mission Ridge Road, approximately ten minutes away from Westmont College. Park hours are sunrise to half an hour after sunset. Renowned for its stellar views of Santa Barbara and the ocean, be sure to visit it before it goes.