Why femininity is important in depicting female strength

Femininity does not have to mean weakness. 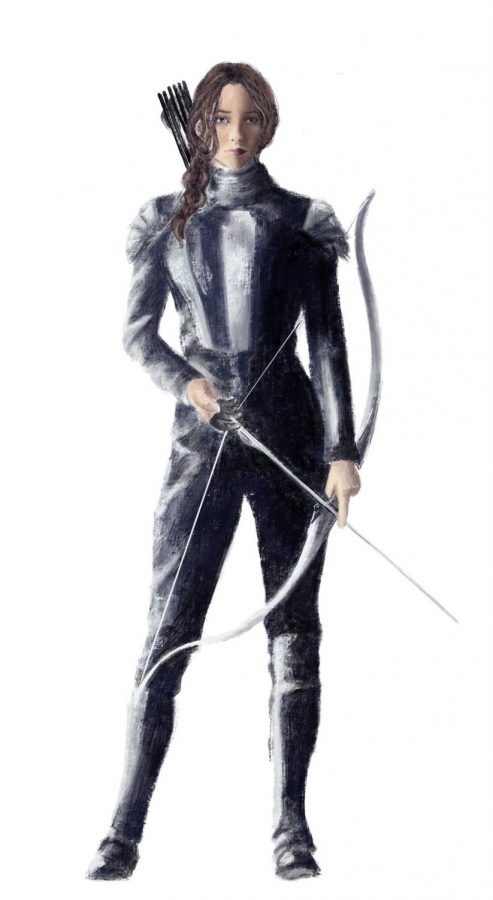 In recent decades, the media has made big changes in the ways it portrays women. One of the most impactful changes has been the trend of depicting women as extremely strong and powerful individuals. This trend has positively affected the ways in which women are seen in Western society, actively shifting from the conventional, Westernized feminine stereotypes.

The broader understanding now exists that women are not just domestic creatures whose sole purpose on this earth is to marry and bear children. Rather, women are capable of anything and everything that men are. Women can run businesses, women can be leaders, women can be strong, and women can be powerful. In recent years, the media has done a good job perpetuating these positive ideas; however, it has also done us a disservice by neglecting to show that women can be sensitive, feminine, emotional, motherly, and still strong. Young Adult (YA) media has especially fallen victim to this trend.

I find this issue most prevalent in recent YA literature. The first time I noticed this trend was about a year ago, when I read “A Darker Shade of Magic” by V.E. Schwab. Set in an alternate universe in which several Londons exist on different versions of Earth, the book follows Delilah, a strong, hot-headed thief who gets wrapped up in this magical reality. It wasn’t until about two or three instances of Delilah mentioning how much she despises dresses and anything girly that I realized what bothered me. In an attempt to portray Delilah as a very strong woman, the author resorted to belittling all things feminine. It brought me back to my elementary and middle school days.

Based on the experiences of some peers and myself, there is frequently a period of time in a young girl’s life, usually in late elementary and early middle school, when she feels a sort of shame for being interested in anything girly, feminine, or targeted at her general demographic. At this stage, she passionately expresses her distaste for the latest boy band and ardently denies that she ever liked them in the first place, regardless of whether it’s true or not.

After coming to this bizarre realization, I asked myself the question: Why is there so much shame that comes along with being a young woman? I pondered what I felt was wrong with my interests at the time. What was so wrong with the color pink? Why was I so vocal about my distaste for Justin Bieber, yet sang his song “Mistletoe” in the shower?

I realized that this shame I felt because of my conventionally feminine interests sprang out of the feeling that I wasn’t being taken seriously. Having an interest in these things was considered childish, immature, and not deserving of attention simply because they were targeted towards a young female demographic.

The rejection of things that would have otherwise made me smile was a result of internalized misogyny. I began to disassociate from anything that seemed “too girly” because, in this misogynistic society, “girly” equates to “immature and weak.” On the contrary, being a strong woman has nothing to do with whether or not your interests are conventionally feminine and girly. Rather, it has everything to do with the confidence you have in yourself and your abilities.

YA media mistakenly rejects femininity in its attempts to portray female strength. The rejection of femininity and acceptance of female strength should not be linked together. A woman does not have to be masculine in order for her to be strong. Perpetuating this narrative is extremely harmful. It genuinely horrified me that teenage girls are reading books like “A Darker Shade of Magic” that make these problematic implications. I am well aware that these suggestions typically are not made on purpose. I do not believe that Schwab intended to push these false ideas. However, that does not change the fact that this tendency is harmful.

There are better alternatives to media. “The Hunger Games” by Suzanne Collins successfully depicts a strong woman without belittling conventional femininity. Katniss is strong and very powerful by the end of the series. At no point does she express disgust at her femininity. Though she is generally not a very “girly” person, she never disgraces “girliness” as a whole. Her confidence, her talent and her capability all speak to her strength. There is no need to reject femininity or accept masculinity to prove that she is a strong, independent and mature woman who deserves respect. On the flip side, there was no need to over-accentuate her femininity either. Katniss was just herself. Being herself was enough to show the audience that she was a strong female character. There is no need to exaggerate gender roles in the portrayal of strength. The media ought to portray women as competent individuals, with or without feminine characteristics.