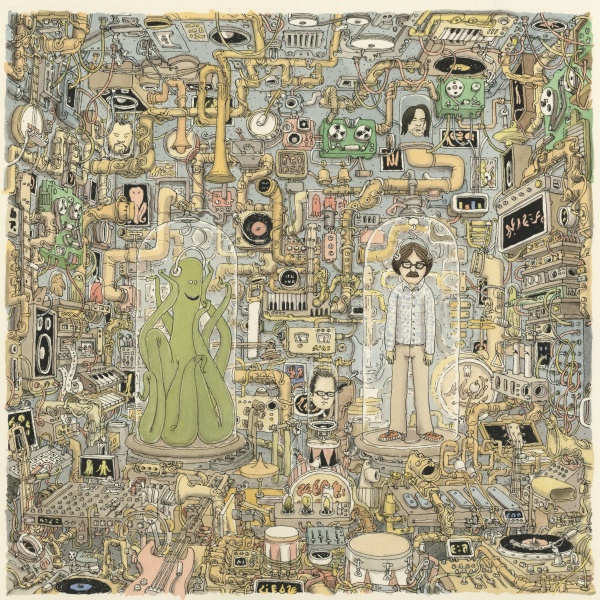 Since their iconic releases — the “Blue Album” from 1994, and the “Green Album” from 2001 — Weezer’s pale-colored button-downs, thick-rimmed glasses, and polo shirts contrasted with their often hard-core sound, save the iconic clean guitar riffs that intro their older hits “Island in the Sun” and “Say It Ain’t So.” However, on “OK Human,” the band’s preppy aesthetic seems to merge with their new orchestral, joyful sound.

Despite ejecting the grunge guitar sound of their previous albums almost entirely, which makes the album a significant accomplishment for the band, the orchestra arrangements are prone to becoming exhaustive. Relentless layers of plucked strings reinforce the melodies, and while the album does contain what sounds like a full orchestra, the layers upon layers of winds and strings overwhelm so no single instrument gets to exhibit itself. The orchestra used on almost every one of the album’s tracks begins to sound like one big instrument, leaving the audience craving instrumental diversity by the end of the album.

While the orchestration is a bit exhaustive, there are a number of wonderful moments on the album.

Similar to Weezer’s previous albums, “OK Human” is permeated with alternative-rock anthems. The first three tracks on the LP, “All My Favorite Songs,” “Aloo Gobi” and “Grapes of Wrath,” introduce the instruments and tone for the rest of the album. “All My Favorite Songs” starts with a simple mellotron line before exploding into what could be the theme song of a Pixar movie. Its ascending bright piano lines introduce a euphoric yet desperate chorus, reminiscent of Cage the Elephant.

Strings continue to pepper the rest of the tracks, providing a playful mood like on the track “Playing My Piano,” wherein the strings’ playful, nearing-conversational rhythm reminds listeners of The Beatles’ “A Day In The Life.” “Dead Roses” wields a darker string sound, resembling a James Bond theme song. The last 30 seconds of “Mirror Image” devolve into a stripped-down, melodic sketch, whose unmixed, half-baked sound screams of 60s bootlegged records.

“All My Favorite Songs” has moments of brilliant, contradictory lyricism as well. The paradoxical lines “all my favorite songs are slow and sad” and “everything that feels so good is bad” so simply describe the human feeling of having two forces inside oneself, vying against the desires of the other.

The disillusion caused by this dilemmatic tension shows the cyclicality of a toxic relation with the world, and is well-articulated when lead vocalist Rivers Cuomo sings, “Sometimes I wish I was on an island / But then I’d miss the sound of sirens.”

Considering that sirens have historically represented temptation, the line is representative of the rest of the song’s cyclical battle between divergent desires. While part of the protagonist desires to leave it all behind, the other part wants to stay on its self-perpetuating, self-destructive route.

With “OK Human,” Weezer has altered their instrumental interests and seems to have challenged themselves as composers and lyricists. The new album is truly different from their older work, even up to their 2019 album. Although the veteran band’s new work is not extremely dynamic with its instrumental diversity, Weezer has yet again succeeded in producing an album that withstands alternative anthems.