Why representation is crucial for the unity of the United States

Ignorance is not bliss. 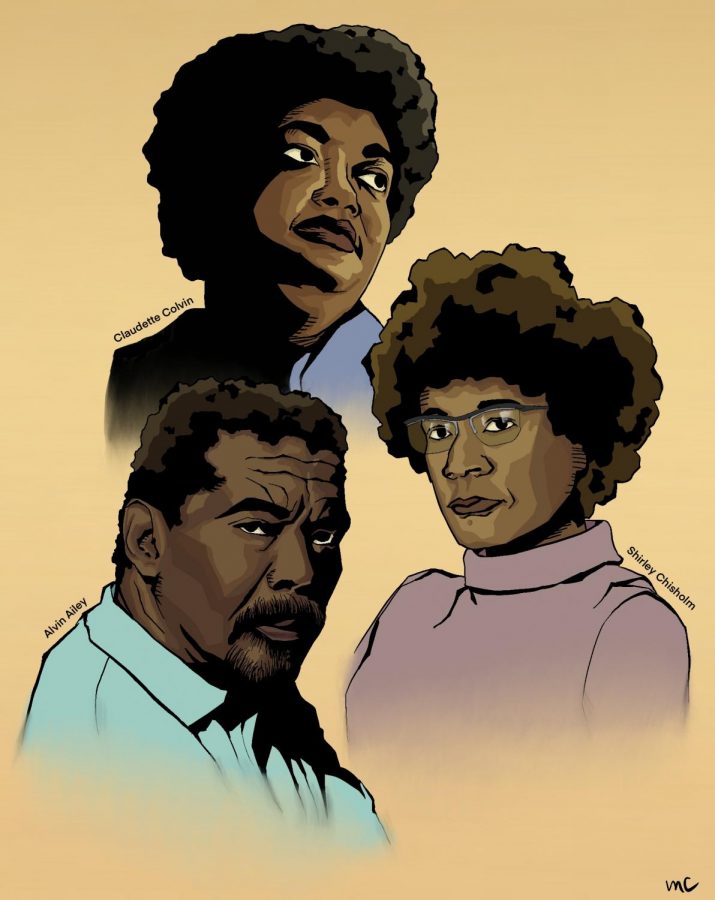 We as a country are still so far from where we should be.

In light of the events of the past year, I have done a lot of reflecting in regards to racial equity and my experience growing up as a Black woman in America. The lack of representation of people of color (POC) in the media had extremely harmful effects on my self-esteem and — no doubt — the self-esteem of other racial minorities. The first three words of the United States Constitution is “We the people”; however, for centuries, this country has failed to recognize “all people” as “the people.” In a time when we are consistently striving for racial equity, the lack of representation in mainstream culture is a conversation that can no longer be suppressed. The United States cannot continue as a society built on the idea of unity with such an absence of representation. I believe that sharing my personal experience can help shed some light on the importance of representation.

As time went on, I continued to have a complex about my hair. I found myself praying that it would become longer, straighter and lighter. When I got a little older, I started using a flat iron and wearing box braids. I was finally able to look the way I wanted. I could have straight and long hair only at the expense of my natural self, and, soon thereafter, my self-esteem. While there was nothing inherently wrong with hair extensions and flat-ironing my hair, I began to develop an unhealthy dependency on it. I hated displaying my natural hair. I didn’t want people outside of my family to see my natural hair. I never even realized the problem with this until I was about 13 years old.

In 2015, I participated in a stage production of “The Bluest Eye” by Toni Morrison. The story follows an abused little girl from the 1940s who developed an inferiority complex about her dark eyes. In the process of playing this character, I was really able to resonate with her. It was as if her complex about her eyes and my complex about my hair were staring at each other in a mirror. That was the first time I was able to address this issue.

Although it took years, I eventually got to a point where I was comfortable with my own hair. I still struggle to this day, and I’m not the only one. Black boys and girls struggle every day with realizing their own self-worth. Growing up in an environment that was predominately white didn’t help, either. There was virtually no one in sight that resembled me except for my family. When I turned on the TV, I wasn’t there. When I read a book, I wasn’t there. When I went outside, I wasn’t there. I was a stranger in my own environment. Even to the people around me, I was unfamiliar. For many people — far too many to count on one hand — I have been their first Black friend.

During my journey of self-acceptance, I started making a conscious effort to watch the natural hair community on YouTube. Seeing women and men with hair like mine embracing themselves helped me see the beauty in my natural hair. It also led me to see just how important representation is. My self-esteem issues and those of so many others’ could be resolved if society did a better job at including all different types of people.

Exclusively showcasing one type of beauty standard does nothing for anyone. We are regurgitating an appearance that, for most, isn’t even realistic or reachable. Human beings are naturally attracted to what they see frequently. We tend to gravitate towards things we are familiar with. What do we think happens when only one type of person is represented? We become attracted to that one type of person.

This lack of representation doesn’t leave room for everyone else. Groups of people become marginalized and estranged. This disregard for diversity creates unbalanced power dynamics, which leads to oppression. Implementing representation and inclusivity into every environment could play a part in reversing some of the inequity the country has been plagued with for the last 500 years. Humans are not born racist or insecure. These afflictions are taught. Becoming familiar and acquainted with people who are different from you can lead to more empathy and understanding. Likewise, living in a society where you feel valued, respected and represented can lead to more equity.

It is a shameful reality that people who look like me are still not seen as the norm. There is a real problem with the fact that representing more than one demographic of the US population isn’t second nature, especially since the US is a melting pot. There are people of so many different cultures, ethnicities, races and nationalities, but society finds it difficult to want to recognize them.

Exclusivity is counterproductive in a society made up of so many different types of people. Ignorance is not bliss. There are no benefits from not being able to recognize people of different cultures in a society like the United States. This lack of representation creates close-mindedness, division and estrangement, all of which goes against everything the United States of America should stand for. If unity is our main goal as a society, representation and inclusivity are crucial. In light of Black History Month, I invite everyone to make a conscious effort to value representation and inclusivity within institutions, organizations and establishments.