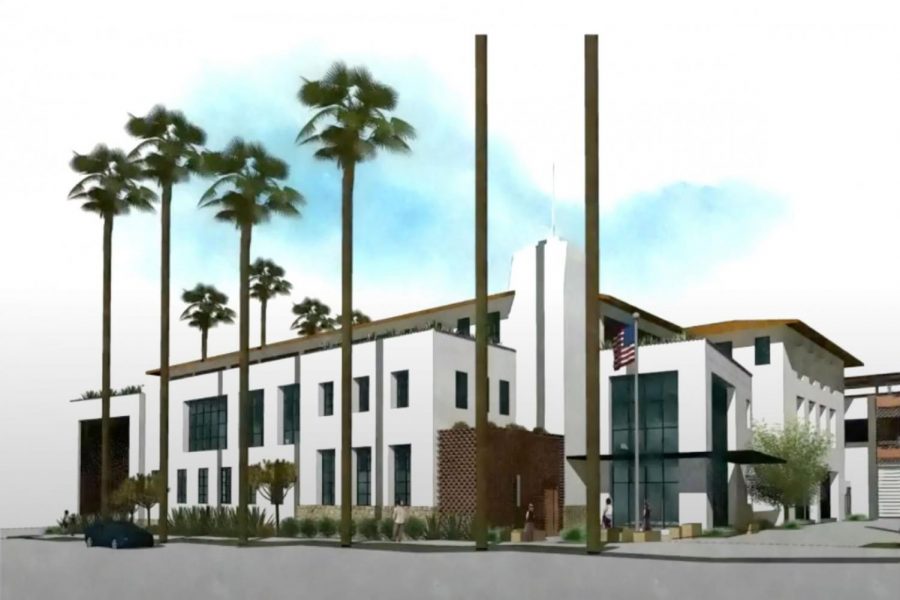 Courtesy of the Cearnal Collective

Exterior view of the proposed building from Santa Barbara street.

The Santa Barbara City Police Station, currently located on 215 East Figueroa Street, is likely moving to the Cota Commuter parking lot, which has been the location of the Saturday morning farmers’ market since 1982. This move has received mixed reactions from the community. Some believe it will negatively impact the community and the overall “feel” of Cota Street, while others see it as a necessity.

On Friday, Feb. 12, the police station project received a 4-2 vote from the Santa Barbara Architectural Board of Review (ABR), allowing the project to move to the Planning Commission for discretionary approval.

Visiting the Santa Barbara Farmers’ Market is part of a weekly routine for some Westmont students. Second-year Kaylie Jerdal is conflicted by this decision. She called the market a “Santa Barbara staple that many people’s income depends on.” Jerdal also said that “small businesses are especially important right now and we need to support them.”

So why must the police station move locations? First and foremost, the building on Figueroa Street is seismically unsafe, according to a building assessment study conducted in 2010. Additionally, there has been a substantial increase in the city population and the number of employees at the station since the building was constructed in 1959.

The original need for more space began in 2000 when the police department began leasing an adjacent building to address overcrowding. Similarly, the 911 Call Center was relocated to the Granada Garage in 2015 and Animal Control was simultaneously relocated to Sola Street. The Figueroa Street location simply can no longer house a unified and effective police force.

City Project Manager Brad Hess issued a statement declaring, “The new facility will bring all divisions into one building, creating a more efficient and cohesive police force that will be relevant for at least the next 50 years. Modernizing operations and creating a welcoming and community-centric facility will create a safe and effective Santa Barbara Police Station.”

The project is steadily moving forward. The Friday, Feb. 12 ABR work session was held to discuss the project further. During this work session, the Assistant City Administrator, Rebecca Bjork, stated, “This project is of ultimate importance to the city of Santa Barbara,” citing the structural and spatial challenges of the existing building. Acting Police Chief Marylinda Arroyo highlighted that an unwanted consequence of having the police station split into multiple locations is the lack of community it creates within the force.

Unimpressed by Bjork’s and Arroyo’s claims, Board Chair Kevin Moore pushed back on the desirability of the new station’s location and blueprint. He decried the Cota Street view of the building as “dead frontage” which provides little access between the department and the public.

With the ABR’s go-ahead vote, the police headquarter’s move to the Cota lot is all but confirmed. As of now, there are no scheduled dates for another meeting or vote regarding this project, but the community can anticipate updates on the project in the near future, as well as updates as to where the farmers’ market will relocate.