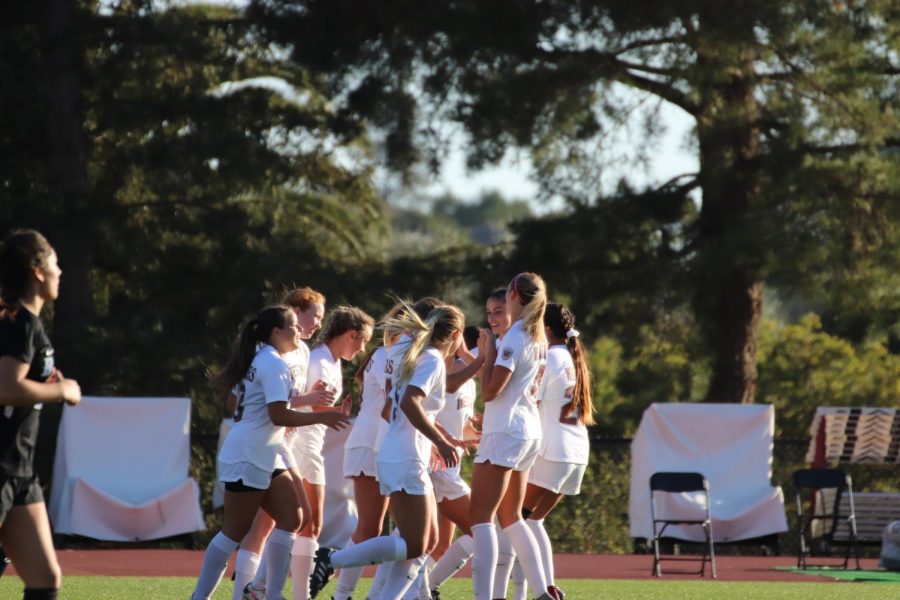 On March 4, both the women’s and men’s soccer teams competed against Hope International University from Fullerton, California. The games were played back-to-back at Westmont’s Thorrington Field.

Currently, the Westmont women’s and men’s teams are both 2-0 in Golden State Athletic Conference (GSAC) play and are both first in the GSAC West.

Men’s soccer defeated Hope International 1-0 after a deciding goal in the 10th minute by fourth-year forward Tyler Young with an assist from second-year defender Michael Palmer. Although this early goal put the Warriors up, the pressure was on to maintain the lead.

Fourth-year midfielder Jona Romero talked about the importance of the early goal.

“For the first time, we were able to get on the scoreboard early in the game, which has been the focus of our practices. We have been struggling to create chances in the final third, so getting a goal in the 10th minute was a nice feeling for the team. We were able to manage the game rather than chase the game, which was our mindset for the rest of the game.”

In order to maintain this shutout, the Warrior’s defense was key. Fourth-year defender Zach Godeck spoke on the importance of keeping the backline well-organized to achieve a win.

“The mindset for the rest of the game was to push forward to score another goal, but be mindful that we are ahead of the game and need to keep it that way. I think as a unit, defensively, we have weathered many storms.” He continued, “As part of the back four, Nick [Ruiz] and I, the two center backs, needed to keep the rest of the backline compact to help make sure that we were strong defensively throughout the game.”

The women’s team also had a successful game against Hope International University. The Warriors won 1-0, which came from a second-half goal by fourth-year captain Bri Johnson with an assist from third-year midfielder Teagan Mayte.

It was a demanding game with little result until the breakthrough goal by Johnson in the 62nd minute. There were 18 shots, six shots on goal, and nine corners by the Warriors, each giving them an opportunity to further advance the game.

Fourth-year midfielder Izzy Berthoud talked about where the mindset shift came from during the second half that allowed them to take the lead.

“We had been dominating the game massively, but we just couldn’t find the back of the net. During the second half, we knew we needed to be better with our finishing. The mindset change was taking pride in winning at home. We needed to show everyone that we do not lose at home.”

As the season continues and the playoff games are in view, the teams are making new goals.

First-year men’s midfielder Cole DiMatteo expressed his own goal for the second half of the season: “I think we’d all agree that winning the GSAC would be great and is definitely the primary goal but, to be completely honest, I personally would be content with being able to continue playing.”

Now both teams are looking forward to the second half of their seasons as they hope for more successes on and off the field.

Next, women’s and men’s soccer will play Vanguard University in Costa Mesa on Thursday, March 18.