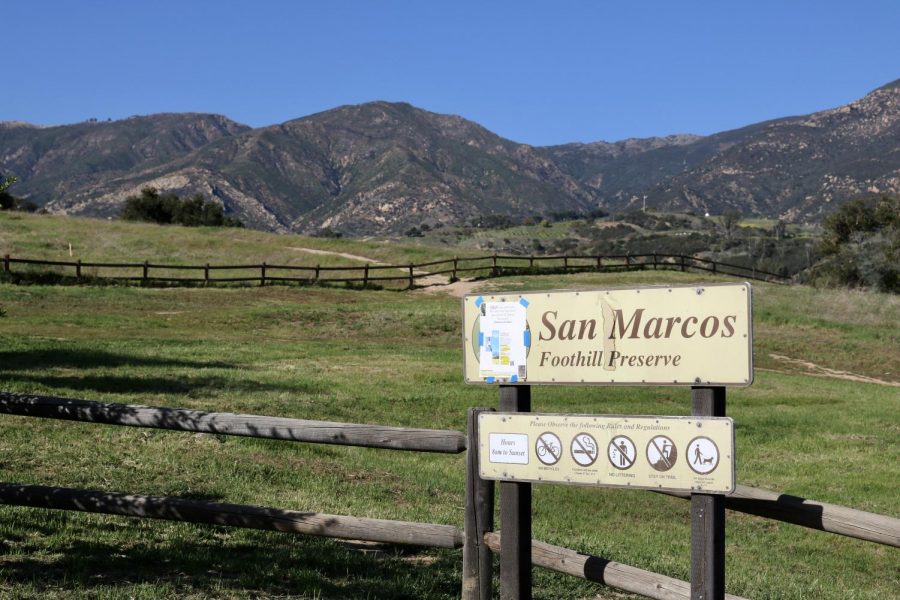 The San Marcos Foothills Preserve is under threat of development unless $20 million is raised by June.

A report on the Foothills Forever website –– which is separate from, but closely related to, the SSMF –– articulated that the San Marcos Foothills West Mesa is a “privately-owned 101-acre property next to the County-owned San Marcos Foothills Preserve.” The report shared that the owners are currently seeking to build new homes and associated development and landscaping.

The “Guide to the San Marcos Foothills Preserve” website states that the coastal regions of San Luis Obispo, Santa Barbara, Ventura and Los Angeles were inhabited by the Chumash people for thousands of years. These people used land that includes the San Marcos Foothills Preserve. The area is sacred to the Chumash people and SSMF seeks to protect the land to honor their heritage.

The Foothills Forever campaign, supported by the Santa Barbara Association, recently released a report emphasizing their desire to “permanently protect and preserve the 101-acre property and add it to the 200-acre San Marcos Foothills Preserve” as a nature preserve for public enjoyment. This preserve will protect the wildlife and the vital grasslands that remain on the land. Additionally, the report stressed their hope to honor Chumash heritage by enabling “future Chumash stewardship, ritual and ceremony on this property.”

Recently, protesters with SSMF fought to protect the land. Noozhawk reported that a small group of demonstrators “stood at the gate to the development … to stop the construction crews from accessing the site” on Feb. 25. Eight individuals were arrested but released that afternoon upon promising to appear in court. The protestors were careful to remain on public property but, according to the Sheriff’s Office, the protestors “willfully obstructed the free movement of the contractors, who were in possession of a valid permit to access and work on the property.” On March 10, SSMF stated, “We regret what took place on the property on Thursday, February 25, [2021]” and, “We appreciate the Chadmar team’s advocacy with the Sheriff’s office and their decision not to press charges.”

Since then, the Save the San Marcos Foothills Organization and Charles Lande –– founder, president, and CEO of Chadmar Group –– have come to an agreement for construction to be temporarily halted for 90 days. SSMF now has the option to purchase the property for $20 million. KEYT stated that the Save the San Marcos Foothills Organization must raise the money by June 2, or Lande will continue construction on the site.