The many ways Halloween is celebrated by Westmont students 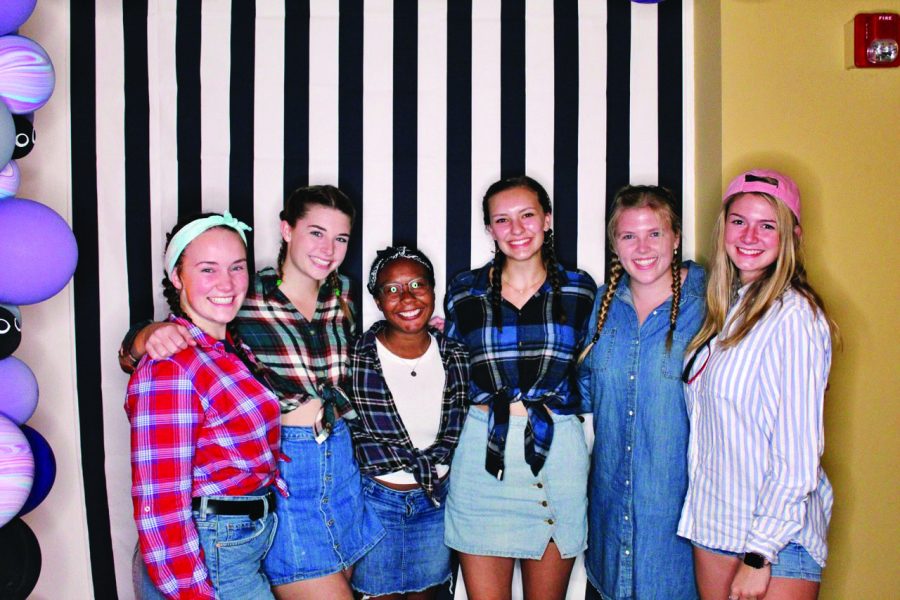 Students pose for photos at Spooktacular in the Page Hall MPR this past Saturday night.

‘Twas the day before Halloween. And all the Westmont students were reading The Horizon. With Halloween literally around the corner and Spooktacular taking place last Saturday, the campus is alive with fall spirit. There are many stories and perspectives that go along with Halloween, but what about the people that never were allowed to celebrate Halloween?

Some Westmont students were never allowed to watch Harry Potter, Wizards of Waverly Place, Twitches, Halloween Town, Hocus Pocus, you name it. Some students’ parents believed that those movies and TV shows have too much witchcraft and would be a negative influence on their children’s beliefs.

Noah Argao, a third-year, wasn’t allowed to watch Harry Potter or Wizards of Waverly Place. One year when he was a kid, Noah asked his parents to not let him go trick-or-treating because it was too much of a “pagan ritual.” When looking back, Argao said, “I don’t regret asking them to not let me do it. I never felt like I was missing out on Halloween celebrations.” When asked if he would raise his children in the same manner, Argao said, “I would hope to make it clear to my kids that those beliefs don’t line up with our beliefs as Christians. Like magic, it puts out hope in something other than God.”

“‘I never felt like I was missing out on Halloween celebrations.’”

Halloween originates from Ireland, where the holiday was originally known as Samhain. In Ireland, Celtic mythology is often blended with Catholicism and so certain “pagan” holidays became celebrated by everyone, including Catholics and Protestants. The 19th-century Irish immigrants who fled the Potato Famine then carried the tradition across the Atlantic to the United States.

Some Westmont students have a different perspective on Halloween because they grew up outside of the United States. Heather Borden, a fourth-year student, was raised in Portugal, Tanzania, and Kenya, among other places. She said that her family didn’t celebrate Halloween except when they lived in the United States: “But it was always funny during western holidays to see the dynamic of the ex-pats so desperately attempting to celebrate an out-of-place holiday so that they could feel more at home.”

In Mexico, Day of the Dead is celebrated for several days every year around the time of Halloween. Laura Avecedo, a fourth-year student, had the chance to study abroad in Mexico last fall. She said, “One major difference between Halloween and Day of the Dead is that there is a much larger focus on family during the Day of the Dead. Families spent time decorating graves and a lot of times they throw parties right next to it. It’s a time of celebrating remembering lost loved ones. They laugh at death and show that it’s not a scary thing, which is a very different approach than other cultures take.”

Halloween, especially in college, carries the stigma of involving parties and drinking, as mentioned by fourth-year student Lyndall Stephenson. Stephenson said, “Obviously there is a dark side to Halloween and I don’t like that side, but I think there is a side including the costumes, snacks, Casper, all illuminate the fun and happy sides to Halloween.”

Borden said, “If Halloween can get people together to celebrate, dress up, go out, not take themselves too seriously and just be alive, I’m down! Just be conscious of what you are doing and who you are. Don’t appropriate another culture for the ‘fun’ of your costume.”

While Spooktacular was not held last fall, it returned to campus this year, and was held at its traditional venue of the Page Hall MPR. About 30 people came in creative costumes to win prizes and take fun pictures in a photo booth.

Alyssa Brisby, publicity coordinator for Westmont Activities Council, said, “It was a busy night for a lot of people with the volleyball game and it being during the time of midterms. We did not have the event last year so many people weren’t sure on what it really was. For those who came, we had a great time and it looked amazing! Super fun night.”