“The Falcon and the Winter Soldier” takes off strongly 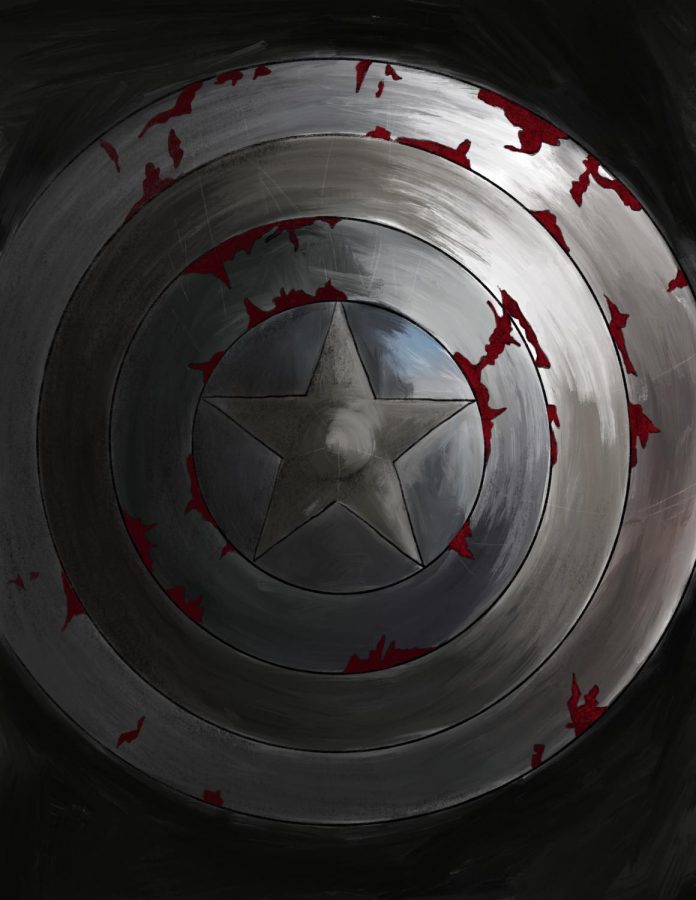 Set six months after the events of “Avengers: Endgame,” the world is still recovering from the impact of losing half of all life in the Blip. In this setting, Sam Wilson, also known as the Falcon, deals with the implications of being the next Captain America after Steve Rogers handed him the mantle. Ultimately, Wilson decides that the symbol of the shield means nothing without the man that held it, opting instead to donate the shield to the Smithsonian Museum as a part of the Captain America exhibit.

At the same time, Bucky Barnes, also known as the Winter Soldier, deals with PTSD from his time being a brainwashed assassin by the evil organization Hydra, enduring relentless nightmares.

By the end of the first episode, Wilson is introduced to what seems to be one of the main antagonists of the series: the terrorist group known as the Flag Smashers. Their goal is centered around the belief that life was better during the Blip and they follow the creed of “One World. One People.” Additionally, a shocking twist comes via the U.S. government, which decides to choose John Walker as the new Captain America.

The second episode elaborates on the background of the new Captain America, implying that, on paper, John Walker is the person best suited to take on the role. Meanwhile, Sam and Bucky team up to stop the Flag Smashers from stealing vaccines before being overpowered by the group, who end up being super soldiers. Walker and his friend Lemar Hoskins come to help but are quickly beaten back by the group as well. The two try to urge Sam and Bucky to work with them, but the former Avengers adamantly refuse.

After this, Bucky takes Sam to a man in Baltimore, introduced as Isaiah Bradley. Bradley, is also a super soldier who fought and seemingly beat the Winter Soldier during the Korean War. He then refuses to help the pair learn more about additional super soldiers before Sam and Bucky decide to go talk to Helmut Zemo, the villain of “Avengers: Civil War” who was able to turn the Avengers against each other.

While the show is only two episodes in, “The Falcon and the Winter Soldier” is tackling many real-world issues not often seen in the MCU. From institutional racism, seen when a bank that has partnered with his family for generations refuses Sam Wilson a loan, to the state of veterans in the country and the issues they face as Bucky Barnes deals with his past.

This show might be the truest representation of the world in its current state and the world of the show is not one to gawk over; instead, it is filled with the cracks of the real world. An example of this is in the second episode when Sam and Bucky argue about something. As they argue, two police officers pull over and start to question the two, with a special emphasis on Sam. At one point, the officer asks Bucky if “this guy is bothering him,” to which he replies no and asks if the officers know who Sam is. They find out the two are Avengers, to which they immediately apologize. This moment is only one example in the series that shows the gritty reality of the world at large.

This show is truly a turning point for the MCU, which had been content to focus solely on the black-and-white world of superheroes and supervillains. However, “The Falcon and the Winter Soldier” demonstrates that the MCU is adhering more to real life and truly reveals that, in the real world, the villains aren’t as clear-cut as we might wish.