Tom Holland and musical score save an otherwise one-dimensional film 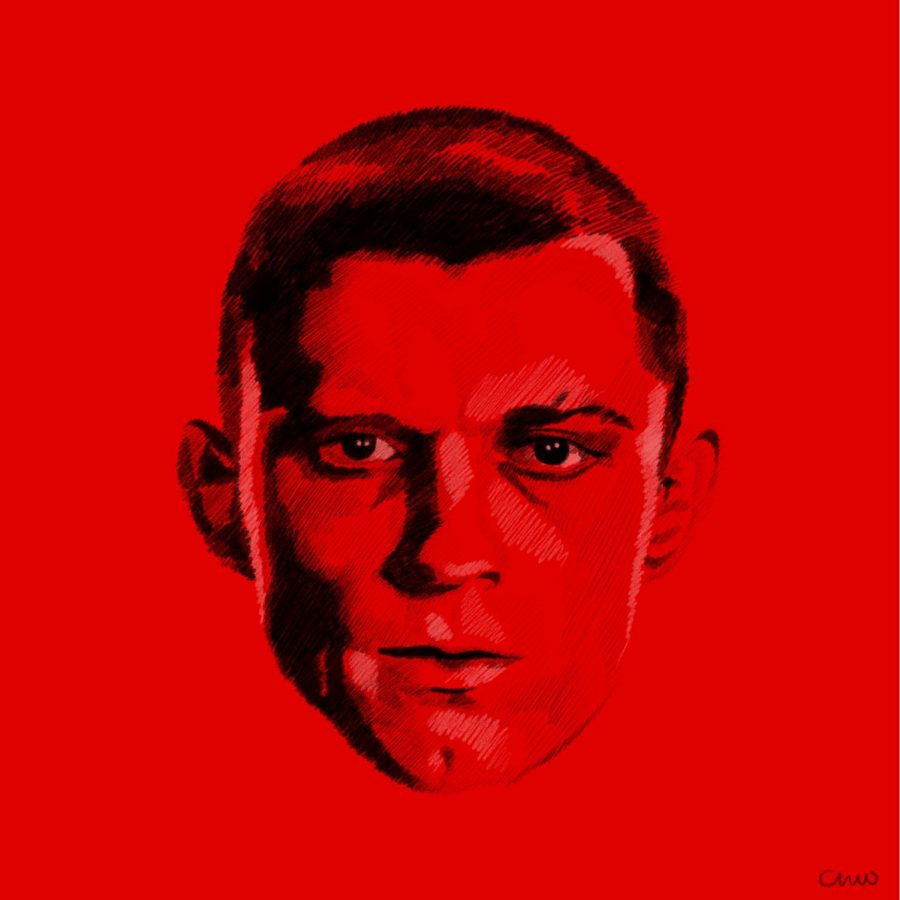 While Apple TV+’s film “Cherry,” released on Feb. 26, has a predominantly one-dimensional story-line, it is nevertheless masterfully acted and aided by a fantastic musical score. The storyline is linear and simplistic at times and the ending, while refreshingly optimistic and redemptive, is a bit cliche. A reason the film has garnered much mainstream attention is undoubtedly due to Marvel poster boy Tom Holland, whose acting for the eponymous Cherry is so dense and realistic that it is difficult to articulate the breadth of his success. The subtleties in Holland’s acting, including his particular dedication to minute details in both physicality and dialogue, contribute more to the audience’s perception of Cherry than his overt narration and dialogue.

Similar to 2019’s “Joker,” “Cherry” exhibits the corruption of an initially innocent human spirit. Through the journey Holland’s character undertakes, the crass threshold between innocence and corruption is continually breached. The tragedy of the consistent spiral in Cherry’s life is much more striking in Holland’s performance than in his scripted words, giving the tragic character innocence that is corrupted over the course of the film. This theme of corrupted innocence could be comparable to William Wordsworth’s famous line “better a rosebud than a rose full bloom” — an infant spirit with potential is more valuable than the mature plant.

The film itself depicts the story of Cherry, a former member of the U.S. army, plagued by post-traumatic stress disorder from his time spent overseas, struggling to cope with life back in the United States. When Holland’s character becomes addicted to opium as a way to deal with the pain of his experience, he begins to participate in armed robbery in order to support his drug habit.

The first half of the film contains some of the sweetest romance scenes in recent memory, as Cherry and his girlfriend Emily fall in love. Swelling organ pads, mandolin plucks, and soft synths swoop in and out of the musical score in these low-lit, cloistered womb-like depictions of teenage love. Because of these melodic achievements, all the love scenes in the movie have an exceptional originality.

The same ethereal music provides a back-bone for the contrastingly dark scenes that occupy the latter half of the movie, particularly brutal in scenes wherein Cherry gets high from heroin. Although subtle, the repeating ethereal tunes offer arguably the most well-executed element of the film’s overall depiction of Cherry’s descent into darkness. Utilizing the same music for both the young romance scenes and the matured, decrepit depictions of heroin addiction gives the audience that similar sick feeling of adulteration, of an almost unrecoverable connection to pure, innocent pleasure.

Throughout the film, the audience sees every minuscule, internal, sick change in Cherry’s mind. Holland’s ability to exhibit internal trauma and tension is equal parts tragic and brilliant.

Thankfully, “Cherry” never attempts to romanticize crime, as Holland makes sure to give his character an appropriate level of inner turmoil. Whether or not it is satisfying as a narrative, it does satisfy as a simple narrative film that tells a striking and unfortunately all too common story of drug addiction, corruption, and PTSD in the overlapping eras of the Iraq War and the Opiate Crisis.