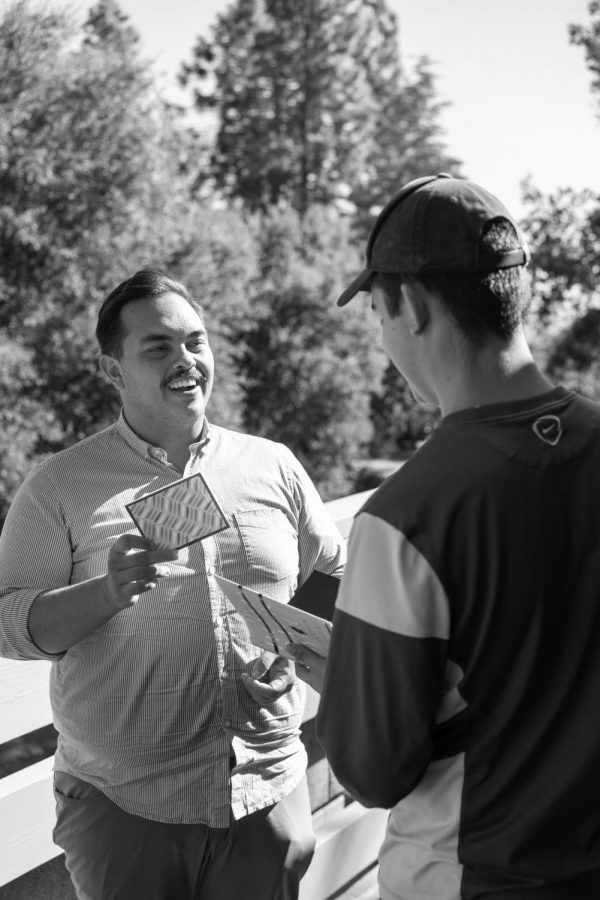 Ryan Anderson is looking forward to walking alongside students.

Ryan Anderson, class of 2016, entered Clark this year as the new Resident Director (RD) ready to walk alongside students. Anderson told The Horizon that he is excited to be an RD on upper campus after recently finishing his Master’s Degree in student development at Wheaton College. As a student at Westmont, Anderson was a Resident Assistant (RA) in both Page and Emerson, so he sees this new job as a completion of the “trifecta of upper campus.”

One specific subject he referenced was the White Jesus debate of last year. Although he was not yet on campus, Anderson feels for students struggling with difficult questions of diversity on campus and shared that all of the RDs “felt” for students and want to support them. Identifying as biracial and ethnically Filipino, Anderson wants to foster good conversation that supports and challenges students. He hopes to bring another perspective to campus as a staff member of color and shared a little of his own journey with racial identity: “Part of my journey has been identifying as Filipino, because for a time I identified as white … even though I’m not white-passing.” He wants to use this part of his identity to “show up” in conversations on campus where he can.

As he has been settling into the job over the past few months, one thing Anderson has discovered is the amount of work that RDs do. Adjusting to the workload has been a new challenge, but Anderson has found that the Residence Life staff have welcomed him with open arms. “They’ve been really helpful when I need it.” Anderson added, “It’s a really big job. I’m really honored to be a part of it.”

Returning to Westmont has allowed for some comfort in already knowing the campus, the unique culture, and much of the faculty and staff. While the students are pretty similar to when he was a student, according to Anderson, “new students come with new culture.” So there is still “a little fear behind the comfort, because I didn’t want to make this a comfortable position for me.”