A visual spectacle at the cost of basic logic 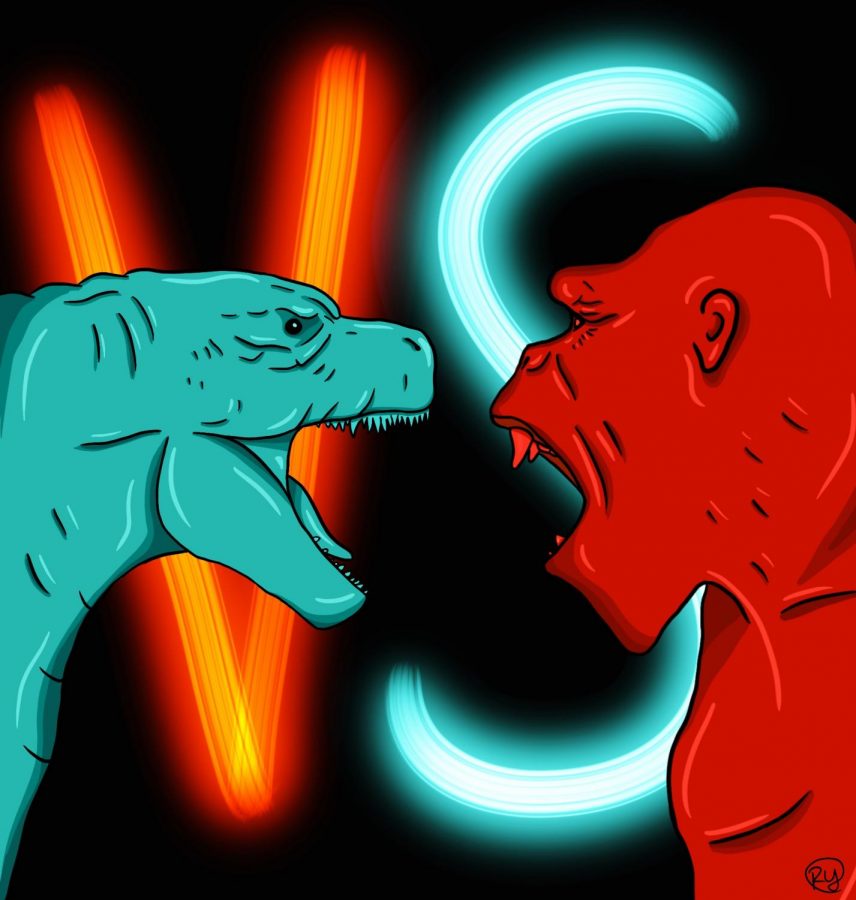 Released on March 31 via a hybrid showing in select theaters and on HBO Max, director Adam Wingard’s “Godzilla vs. Kong” showcases the titular titans’ battle for dominance. Though the movie boasts impressive visual effects and precise cinematography, it drops the ball in its attempt to weave a human narrative.

As far as its namesake is concerned, “Godzilla vs. Kong” certainly delivers on the eagerly anticipated, city-leveling fight between two titans. If you are able to watch the film in theaters, you will further appreciate the massive scale Godzilla and Kong’s brawl takes up.

Fusing together impressive visual effects and a visceral sound design, the creative team behind “Godzilla vs. Kong” stylishly shows off the devastation of the conflict of these two behemoths. Specifically impressive was the film’s nighttime segment in downtown Hong Kong, where Godzilla and Kong crash into and level neon-lit skyscrapers in their struggle to prove the apex predator. The visuals of the film within this sequence are simply breathtaking as they wash both Kong and Godzilla in a mixture of fiery-red and neon-blue light.

On a whole, the visual style of the latest release in the Warner Brothers MonsterVerse goes further than its predecessors in establishing the film as a cyberpunk-infused spectacle, which sometimes serves as a shortcoming.

Compared to 2014’s “Godzilla,” directed by Gareth Edwards, the sparing use of Godzilla throughout the former movie helps to highlight the wide-scale destruction and terror a titan would really bring to the earth. In “Godzilla vs. Kong,” however, the film seeks to fill every possible frame with the two behemoths, which means it often fails to establish the actual human cost from their rampaging battle.

In an attempt to make up for the lack of any real cost via the titans’ conflict, “Godzilla vs. Kong” tries to set up a narrative for the human counterpoints, but fails to introduce a plot that holds up to any logical scrutiny. Much like its predecessors, this movie in the MonsterVerse spends too much time with manufactured and highly illogical drama between human beings. Without delving into any spoilers, “Godzilla vs. Kong” is dragged down by three radically different subplots, where the titular brawl between the namesake monsters takes only a third of the film.

The other two thirds consist of two subplots filled with tonally inconsistent humor and completely braindead humans that sever any tangible sense of danger in a movie that desperately needs it.

Fortunately, the movie is redeemed by achieving precisely what it set out to do: a visual spectacle of epic proportions, where a giant monkey beats down a giant lizard in the name of senseless violence.

Is it truly “cinema?” Probably not.

Is it boring whenever a human being opens their mouth? Yes.

Is it brain-cell-reducing fun when the two titans are finally given their time to shine? Absolutely.